That’s been the advice from weather experts this week as historic wildfires spread up and down the west coast, causing smoke to fill the sky. Air quality in the Seattle region is expected to worsen Friday morning, with winds pushing smoke north from fires in Oregon and California. Smoke is expected to slowly decrease on Sunday.

Update, Sept. 11: Air quality will “continue to worsen” Saturday, according to state officials. Here’s what the smoke radar looks like.

Update, Sept. 12: Little change is expected in the smoke forecast for Saturday. Air quality through Saturday will be at least ‘Unhealthy’ across Western Washington, according to the National Weather Service. The Washington Department of Ecology says the silver lining is that “this is as bad as it should get,” with clearing starting Sunday.

Update, Sept. 13: Via the National Weather Service: “Not much improvement in the smoke today.” But a weather system approaching should help clear the air.

A super-massive body of wildfire smoke from fires in OR and CA is beginning to move into WA, and air quality is declining. This image shows our smoke forecast for Friday – not great – and Saturday looks worse. Keep up with the forecast at https://t.co/WfVMAxptVq. #WAWildfires pic.twitter.com/V5PHeweRBs

Here is forecast model that shows “integrated smoke” or total smoke through a deep layer of the atmosphere. Notice the increase in concentration beginning late tonight and continuing into Saturday. #wawx pic.twitter.com/0XtH9rH2ru

Current air quality numbers. Stations along the central and south coast now in the very unhealthy category. This air will be moving towards the metro area overnight. #wawx pic.twitter.com/hGE4uP8LRG

Cities across Oregon and Northern California were hit the hardest this week, with thousands of people forced to evacuate and some deaths reported. “We have never seen this amount of uncontained fire across our state,” Oregon Gov. Kate Brown said.

We have never seen this amount of uncontained fire across our state. Currently there are fires burning more than 900,000 acres. To put that into perspective, over the last 10 years, an average of 500,000 acres burn in an entire year. We’ve seen nearly double that in 3 days.

Scientists pin the cause of the record-breaking California wildfires, which have burned through more than 2.3 million acres, on a combination of climate change, lightning strikes, man-made ignitions, and the fact that people live close to the flames, the Associated Press reported.

Washington Gov. Jay Inslee this week called it a “new world in forest and grassland fires” and said the conditions are so dry and hot “because the climate has changed,” the Tacoma News Tribune reported.

Brown added: “Unfortunately, it is the bellwether of the future. We are seeing the devastating effects of climate change in Oregon, on the entire West Coast, and throughout the world.“

The Wall Street Journal last week highlighted the “science of wildfires,” noting that fires are getting bigger, more intense, and harder to put out in recent years, in part due to overgrown forests. Century-old policies that force the immediate extinguishing of wildfires instead of allowing them to burn have increased the amount of “ladder fuel,” or small and medium trees that can make fires more dangerous.

Doug Morton, chief of the Biospheric Sciences Laboratory at NASA, told the WSJ that researchers are working on algorithms that can improve forecasting to better anticipate where and when fires are more likely to spark.

Paul Hessburg, a research ecologist based in Wenatchee, Wash., gave a Ted Talk in 2017 about preventing wildfires. He also pointed out the problem of overgrown forests, calling it an “epidemic of trees.”

“After a century without fire, dead branches and downed trees on the forest floor are at powder keg levels,” he said. “What’s more, our summers are getting hotter, they’re getting drier, and they’re getting windier.”

Hessburg recommended using prescribed burning to intentionally thin out trees and burn dead fuels, as well as mechanical thinning and managed wildfires. He encouraged people to voice their concerns to lawmakers to help change policies that make these strategies a reality.

“Until we, the owners of public lands, make it our high priority to do something about the current situation, we’re going to experience continued losses to megafires,” Hessburg said.

As for advice on staying safe, Ranil Dhammapala, an atmospheric scientist with the Washington State Department of Ecology, said a “combination of N95 masks, HEPA filters, air purifiers and clean air rooms is probably what will work best.” Dhammapala responded to questions on the Washington Smoke blog, which has an air quality map for current conditions. The Puget Sound Clean Air Agency also has an air quality guide here.

Other tips from the Washington Smoke blog include reducing outdoor physical activity and closing windows — though it noted that “ventilation is good for helping prevent COVID-19, so when air quality is good, open them to get fresh air and reduce potential viral load.”

The Washington State Department of Health has an FAQ page to answer questions about COVID-19 and wildfire smoke.

I don’t know who in AC-less, smoky, windows-closed Seattle needs to hear this but…. my sister suggested we try running our heater as a fan only, to bring filtered air inside, and… it seems to be working, pulling the cool morning air in!

Listen up: We’re in an unprecedented fire event. Several significant, growing fires across the state continue to spread due to hot, dry weather & high winds. Oregonians’ lives are at risk. Follow evacuation orders, try to reduce your smoke exposure – and take care of each other. pic.twitter.com/t4ZZ7qIViX

News – Wildfires: Why they’re getting so bad, and tips for staying safe from the smoke 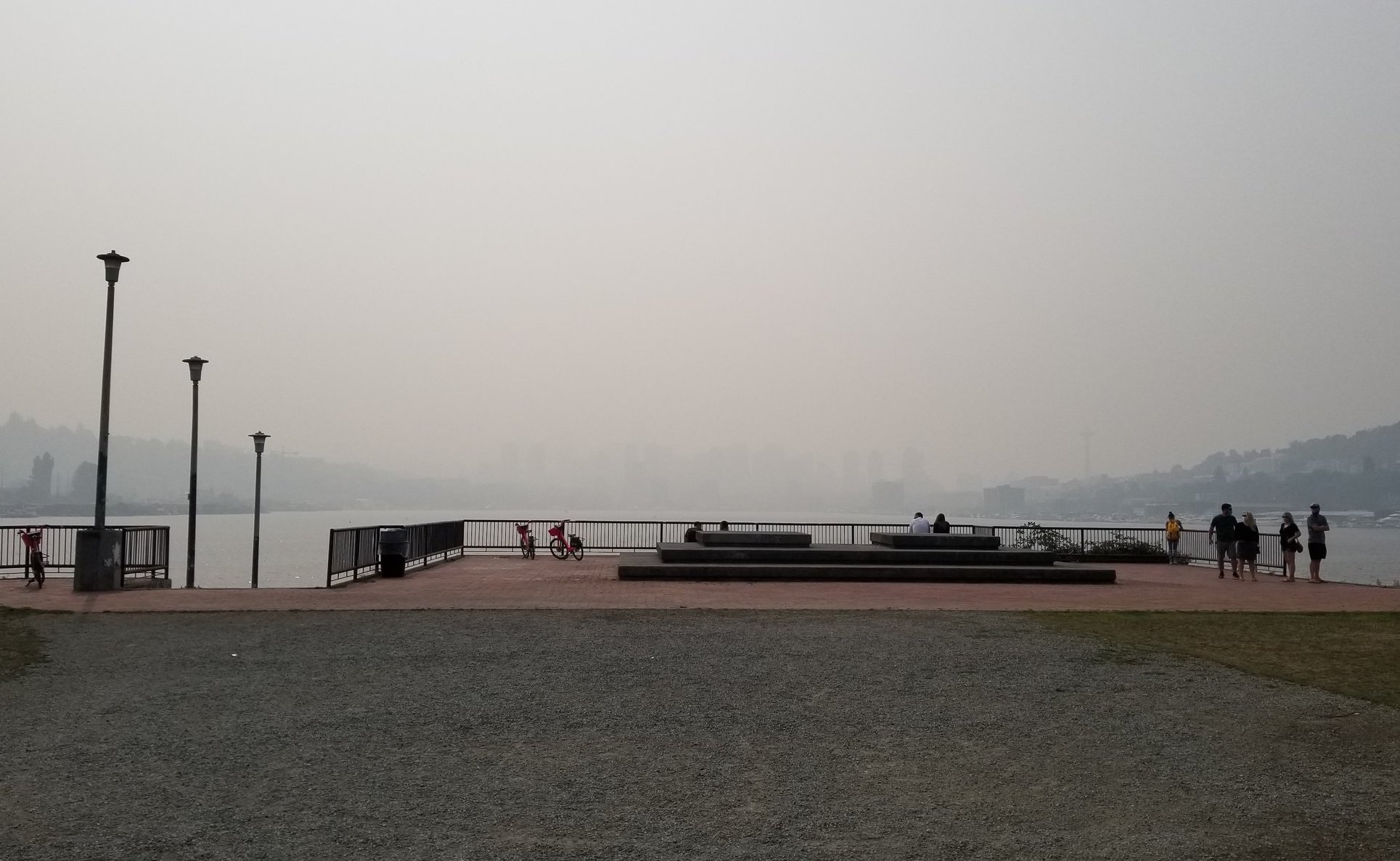