The blazes are an all but inescapable crisis around the country, with at least 27 people dead in three states, milky smoke clouding the skies over Michigan and smoke haze reaching as far as New York City.

More than five million acres have burned in Oregon, California and Washington State, where the authorities are trying to adapt to a disaster with no clear end in sight, under conditions deeply exacerbated by climate change. Forecasters said that regions of Northern California and Oregon, sites of some of the most destructive fires, would benefit from gentler winds on Tuesday.

The fires are one example of how climate change will displace millions of Americans. By 2070, some 28 million people across the country could face Manhattan-size megafires. In Northern California, they could become an annual event.

Hurricane Sally is slowly churning over the Gulf of Mexico and is expected to make landfall near Mobile Bay, Ala., by Wednesday morning. A consequence of that slow pace — about 2 miles per hour — was torrents of heavy rainfall, reaching as much as 30 inches in some areas from the Florida Panhandle to Mississippi. Above, Gulf Shores, Ala.

Officials in Alabama and Mississippi said Sally could also pound the coast with storm surge. Forecasters warned of “extreme life-threatening” flash floods heading into Wednesday, but were far less sure about where the storm would ultimately deliver the most damage.

3. Louisville, Ky., will pay Breonna Taylor’s family $12 million to settle a wrongful-death lawsuit after she was killed in a botched police raid.

In an effort to quell protests there, the settlement also included a dozen reform measures the city agreed to adopt aimed at preventing future deaths by police officers. Bringing charges against the officers who killed Ms. Taylor, a young Black woman, could be an uphill battle, legal experts say.

We also took a close look at a police maneuver used against Daniel Prude, a Black man in Rochester, N.Y., who later died of suffocation. An officer leaned forward and used his full weight to push down on Mr. Prude’s head — after he was already shackled. In a suit filed last week, Mr. Prude’s family characterized the maneuver as part of the “unlawful force” that caused him to stop breathing.

Joe Biden is on his first Florida trip of the general election, where he is courting the Latino vote. He arrived on the heels of a poll that offered him signs of hope there: Mr. Biden holds a wide lead over President Trump among Latino voters, according to a Monmouth University poll. The results were more auspicious for Mr. Biden than two recent polls that showed him and Mr. Trump roughly splitting the Latino vote in Florida.

But there could be trouble for Mr. Biden in Nevada, where Latinos make up roughly 20 percent of voters. There are signs he has struggled to make the kind of inroads that many Democratic strategists expected to see.

Mr. Trump will hold a town-hall-style meeting in Philadelphia with uncommitted Pennsylvania voters tonight on ABC at 9 p.m. Eastern.

5. President Trump hosted Prime Minister Benjamin Netanyahu of Israel and the foreign ministers of the United Arab Emirates and Bahrain at the White House for the formal signing of new diplomatic accords between them.

Although the details remain unknown, the agreements, known as the Abraham Accords, include the establishment of the first embassies in one another’s countries. Critics say Mr. Trump’s claims that they will produce wider peace in the Middle East are overblown.

In other news from Washington, the Justice Department is investigating whether a tell-all book by John Bolton, the former national security adviser, disclosed classified information. The department has convened a grand jury, which issued a subpoena for communications records from Simon & Schuster, Mr. Bolton’s publisher.

And Michael Caputo, an assistant secretary at the Department of Health and Human Services, apologized for accusing federal scientists of “sedition” in a Facebook outburst, and is considering a leave of absence.

6. Criminals are increasingly using people like Denise Newton, above, to move their money, just as many have lost their jobs and are vulnerable.

Ms. Newton became what is known in security circles as a money mule, an accomplice who, either knowingly or unknowingly, helps international criminal rings move their ill-gotten gains. A security firm estimated that money laundering schemes skyrocketed by 609 percent from a year ago.

Meanwhile, stimulus negotiations are still faltering. Speaker Nancy Pelosi said the House would not leave for the November elections without acting on an another stimulus measure. A bipartisan group of 50 centrist lawmakers proposed a $1.5 trillion compromise plan.

7. Even as cases rise, Europe is learning to live with the coronavirus. Above, visitors to Sacre Coeur Basilica in Paris.

Protections like wearing masks, which have proved divisive in the U.S., are now widespread on the continent, helping people get on with their lives with calculated risk in the hope of avoiding more crippling lockdowns. As the health minister of Italy put it: “We are in a living-with-the-virus phase.”

Britain, meanwhile, is facing an overwhelming surge in demand for virus tests. The reopening of schools has generated a backlog of 185,000 samples, just as the pace of infections threatens to explode.

8. If there’s a dish that illuminates the current moment, it just might be a vegan taco.

Vegetarian and vegan taco fillings aren’t new (and can be traced back through Indigenous cuisines), but as the food supply chain broke down over the spring, taqueros across Los Angeles were forced to change their purchasing habits. Alternatives like hibiscus asada, vegetable trompos and nutty chorizos emerged — and stuck around.

The pandemic also inspired out-of-work chefs to plant small vegetable patches known as kitchen gardens. More than 3,600 people around the world have signed on to the Kitchen Farming Project, following a loose garden “recipe” developed by the chef Dan Barber.

9. Debut novelists and women dominated the shortlist for this year’s Booker Prize, one of the world’s most prestigious literary awards.

The nominated debuts include Douglas Stuart’s “Shuggie Bain,” Brandon Taylor’s “Real Life,” Diane Cook’s “The New Wilderness” and Avni Doshi’s “Burnt Sugar.” Some literary heavy hitters missed out, like Hilary Mantel, whose latest work, “The Mirror and the Light,” did not make the cut.

For more suggestions on what to read, we reviewed a new collection of Audre Lorde’s poetry and prose as well as “Homeland Elegies” by Ayad Akhtar, about an American son and his immigrant father that has echoes of “The Great Gatsby.”

Fame has drastically changed and everyone from TikTokers to astrophysicists like Neil deGrasse Tyson, above, are stars. Our reporters determined the most — and least — important categories of our time, including exceedingly popular academics online, internet-famous comedians, people who were in “Hamilton,” “Survivor” winners from old seasons and the ever-dependable Brad Pitt.

But ultimately, who matters? Our Styles desk is giving you seven days to vote on 94 groups in order of relevance.

What did you like? What do you want to see here? Let us know at [email protected] 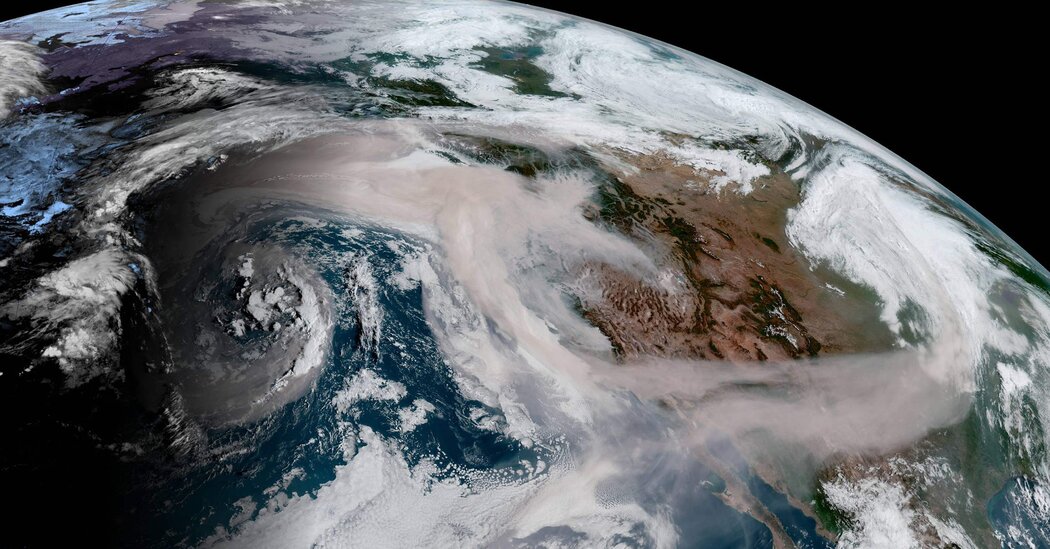