Judith Collins had a spring in her step and a high-beam smile when she appeared for reporters the day after a New Zealand election that delivered a landslide victory to her opponent, Jacinda Ardern of Labour – the country’s most popular leader of modern times.

It was almost as though she had not just presided over a crushing defeat of her National party, which commentators labelled a bloodbath and that culminated in an election night event that was bleak and funereal in tone.

National, which had painted itself as the stable, experienced choice for its nine years in government before Ardern’s ascension in 2017, has plummeted from 56 to 35 seats in the 120-seat Parliament.

Now Collins – a veteran but polarising lawmaker who often set herself up as the opposite to Ardern’s exhortations to kindness – joins the ranks of two predecessors this year who failed to make headway against the prime minister’s popular Covid-19 response. And while she has been eager to blame the unprecedented circumstances for much of her defeat, analysts said National had also failed to address factors well within its control.

David Farrar, the principal of Curia Market Research, who conducts polls for National and will address its caucus at its next meeting on Tuesday, said: “They had seven leaders and deputy leaders in one term of government, various MPs causing trouble, and three years of on-and-off leaks.

In Saturday’s election, they dispensed with that, delivering Ardern, at current counting, 64 seats out of 120. Her victory is not only a ringing endorsement of her leadership during the Covid-19 pandemic, but a stinging rejection of Collins’s National – which struggled to make headway in attacks on Ardern’s border control competence during the pandemic, and struggled with mess and dysfunction within its caucus.

National has at times been dismissive of Ardern’s global popularity, pointing instead at what they called her failures to deliver at home. And at one point it appeared to be working: in October 2019, a Newshub Reid research poll had National slightly leading Labour.

“That suggests voters proactively choosing Ardern,” said Ben Thomas, a public relations consultant and former National government staffer. “Which has to be a reflection of the bond she formed with the electorate during Covid.”

Now, National will watch keenly to see whether Ardern – given a sweeping mandate to do as she likes, and with no minor parties as handbrakes on her agenda unless she chooses to work with them – will deliver on her promises.

“I hope our country does a lot better than the current government’s fiscal settings will enable them to do,” Collins said on Sunday, referring to her pitch that she would lead a stronger economic recovery from Covid-19. “I feel very concerned for my country.”

Her party’s slogan had been: “Strong Team, More Jobs, Better Economy.” But to add insult to injury, the head of Labour’s polling firm, Stephen Mills from UMR, said Ardern’s party had outperformed National on each metric.

When asked whether she expected to be the party’s leader at the next election, in 2023, Collins said on Sunday: “I expect so.”

One National lawmaker told the Guardian that National’s woes could be traced back to the vote that rolled the former leader Simon Bridges in May. At the time Bridges was, personally, wildly unpopular, but things went from bad to worse for the party after his ousting. Some now believe he should have been retained.

His successor, Todd Muller, led the party for just over 50 days then quit abruptly, citing his mental health.

Bridges has become a cult favourite online due to the freewheeling social media presence he has adopted since leaving the role. But he told interviewers following Saturday’s vote that he was “not interested” in resuming the leadership.

Only two other contenders have been widely mentioned. One is Mark Mitchell – a former police officer and private security contractor in Iraq – who has been an MP since 2011 but is not widely known.

He told TVNZ on Sunday that he would not challenge Collins’s leadership. “Absolutely not, it’s not on the table. It’s the furthest thing from my mind,” he said.

The other rumoured contender is Christopher Luxon – an evangelical Christian and former chief executive of the national carrier Air New Zealand – who won the Auckland seat of Botany on Saturday night.

But Luxon will be entering parliament for the first time and has no political experience. He has not spoken definitively on a leadership challenge.

Few have come out in support of Collins. Paul Goldsmith, the party’s only senior MP to attend the grim election night event in Auckland, told the Guardian when asked if Collins would continue: “Look, we’ll take stock over the next couple of weeks.”

Farrar, the National pollster, said the public would “not be interested in anything National had to say before Christmas”, and the party should use that time to “take a breath” and reflect quietly.

“I don’t think the public wants much of a focus on politics at the moment,” he said. “Everyone’s still focused on Covid, and people didn’t want an election.”

News – What next for New Zealand’s National party and its embattled leader? 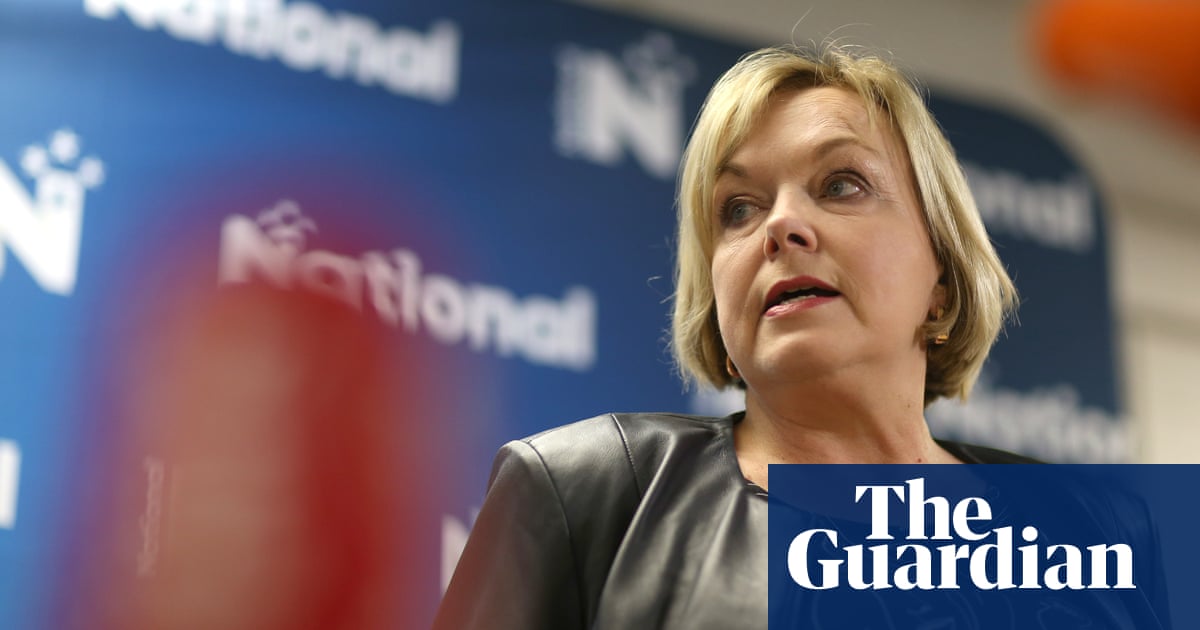