WASHINGTON—President Trump presided over the signing of a Middle East peace agreement between Israel and two Gulf nations Tuesday, calling it the foundation for a broader alignment against Iran that would fundamentally change the geopolitical dynamic in the region.

The so-called Abraham Accords, brokered by the U.S. and signed by the U.S., Israel, the United Arab Emirates and Bahrain, normalizes relations between the nations and further isolates Tehran. The agreement also leaves out the Palestinians, who have not engaged with the Trump administration and its peace efforts since Washington recognized Jerusalem as Israel’s capital.

On the South Lawn at the White House, the president cast it as a historic deal.

“I think Israel isn’t isolated anymore,” President Trump said in the Oval Office before the signing alongside Israeli Prime Minister Benjamin Netanyahu. He said “at least five or six countries will be “coming along very quickly.”

The signing upends nearly a century of regional politics and business and brings together top U.S. allies in the turbulent Middle East. 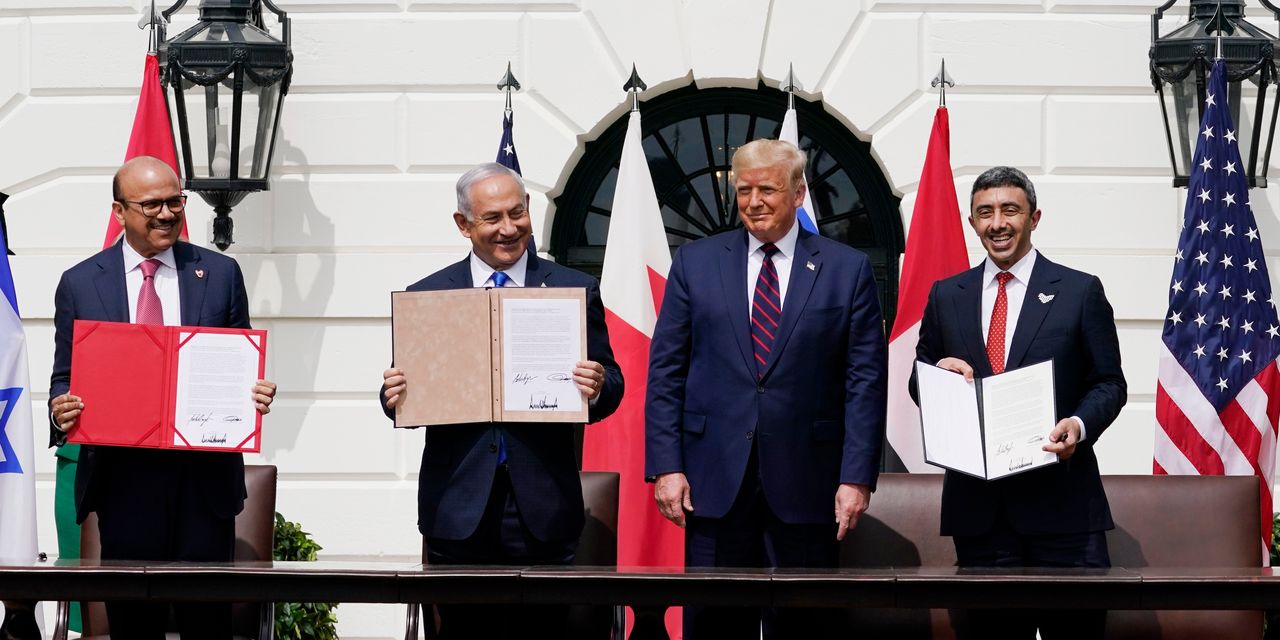