The Chinese-owned app designed a compromise to satisfy U.S. security concerns. The terms are now under review by the Trump administration.

TikTok, which is owned by the Chinese internet company ByteDance, said on Monday that it had offered a proposal to the Treasury Department that aimed to address the Trump administrationâs concerns that the app could give the Chinese government access to sensitive data.

The proposal is far from an outright sale of TikTokâs U.S. operations, as President Trump suggested in an Aug. 6 executive order. Instead, ByteDance designed a proposal to alleviate the pressure it was facing from China and the United States and to mollify all sides. Specifically, it structured the deal to satisfy some of Mr. Trumpâs concerns while dodging new Chinese regulations that could allow Beijing to block an outright sale of TikTok, people with knowledge of the discussions said.

Under the terms, TikTok would bring on Oracle, a business software firm that is close with the White House, as a âtrusted technology partner.â That role could involve Oracleâs handling TikTok user data not just in the United States but also around the world, one person familiar with the matter said.

Oracle would also most likely gain a stake in TikTok, one person with knowledge of the proposal said. While the size of any Oracle investment in TikTok was unclear, Oracle would not be the appâs outright owner, another person said. And TikTok would also not transfer ownership of its valuable recommendation algorithm to Oracle, one person said. Beijing has essentially forbidden such a move.

The exact ownership structure for TikTok was still being debated, but some of ByteDanceâs current investors are expected to be shareholders of the app, the people added. The deal would give U.S.-based investors voting control over TikTok, even though they may not own a majority of its shares, one person added. Such an arrangement could address concerns from the Committee on Foreign Investment in the United States, which scrutinizes investments with a foreign entity and makes a distinction between control and ownership of U.S.-based companies.

TikTok would also establish its headquarters in the United States. (It currently has offices in Los Angeles.) With discussions still underway, itâs possible that central details could still change.

The proposal now hinges on gaining the support of Mr. Trump, who previously said he was willing to ban TikTok if the appâs U.S. operations were not sold by a Sept. 20 deadline set by his executive order. Mr. Trumpâs advisers, including Treasury Secretary Steven Mnuchin and Commerce Secretary Wilbur Ross, seem inclined to accept the kind of deal that ByteDance has offered, people familiar with their thinking said.

Mr. Mnuchin and Mr. Ross, who are both playing a prominent role in reviewing ByteDanceâs proposal, have come to favor a solution that would reduce national security and data risks by moving some of TikTokâs key operations out of China, rather than killing the company outright, those people said. There are few strong voices in the administration speaking out against such a deal, with the trade adviser Peter Navarro, a China hawk and one of TikTokâs more vocal critics, playing a minimal role in recent discussions.

ByteDanceâs carefully designed proposal and the shifting views of Mr. Trumpâs advisers indicate how they are more willing to compromise to mitigate an increasingly fractious situation over a video app that is beloved by American teenagers and influencers. On Sunday, ByteDance rejected a deal from Microsoft, in which Microsoft had proposed essentially taking over control of TikTokâs algorithm.

âThis way D.C. is happy, Beijingâs happy with no algorithm being sold, and ByteDance and TikTok, along with Oracle, all have smiles on their faces,â said Daniel Ives, a technology analyst at Wedbush Securities. âThis is a very tight balancing act for ByteDance because theyâre trying to, by the thread of a needle, keep their company as a stand-alone.â

In its statement on Monday, TikTok said the proposal that was in front of the Treasury Department would âenable us to continue supporting our community of 100 million people in the U.S. who love TikTok for connection and entertainment.â Oracle confirmed that it was âpart of the proposal submitted by ByteDance to the Treasury Department,â but declined to elaborate.

Mr. Mnuchin described on CNBC on Monday how Oracle would be a âtrusted technology partnerâ for TikTok and said the software company had made âmany representations for national security issues.â The White House declined to comment, and the Department of Commerce did not immediately respond to a request for comment.

Other parties may still be interested in participating in a deal. Walmart, which had been working on a TikTok bid with Microsoft, said on Sunday in a statement that it âcontinues to have an interest in a TikTok investment and continues discussions with ByteDance leadership and other interested parties.â

In China, state media reports said on Monday that ByteDance would not sell TikTok in full to Oracle or any other bidders, suggesting that the companyâs valuable algorithm would not trade hands. Last month, Beijing issued regulations that effectively said ByteDance would need a license to sell its technology to an American suitor.

At a regularly scheduled news briefing on Monday, Wang Wenbin, a spokesman for Chinaâs Foreign Ministry, also criticized the American treatment of TikTok.

âTikTok has been rounded up and hunted in the United States, in a classic example of a government-coerced transaction,â Mr. Wang said. âThis fully lays bare certain American politiciansâ true intentions to seize by force, as well as the ugly face of economic bullying.â

Mr. Trump, who delights in being unpredictable, has a history of surprise decisions in his dealings with China. In recent years, he announced tariffs on hundreds of billions of dollars of products during a trade war and pardoned Chinese companies like ZTE at the request of Chinaâs president, Xi Jinping.

Now he will essentially have to be persuaded to accept the type of compromise that he previously rejected. This summer, TikTok and its investors pressed the administration to allow them to address any concerns over national security by reconfiguring their operations, including moving their headquarters and data storage out of China. But Mr. Trump said no.

It is possible that Mr. Trump will face criticism from China skeptics in both parties if he takes a deal that doesnât sever TikTok from ByteDance entirely.

In a letter on Monday to Mr. Mnuchin, Senator Josh Hawley, Republican of Missouri, urged the government to reject ByteDanceâs proposal. He said ByteDance âcan still pursue a full sale of TikTok, its code and its algorithmâ to an American company.

âOr perhaps, given constraints imposed by Chinese law, the only feasible way to maintain Americansâ security is to effectively ban the TikTok app in the United States altogether,â Mr. Hawley said. 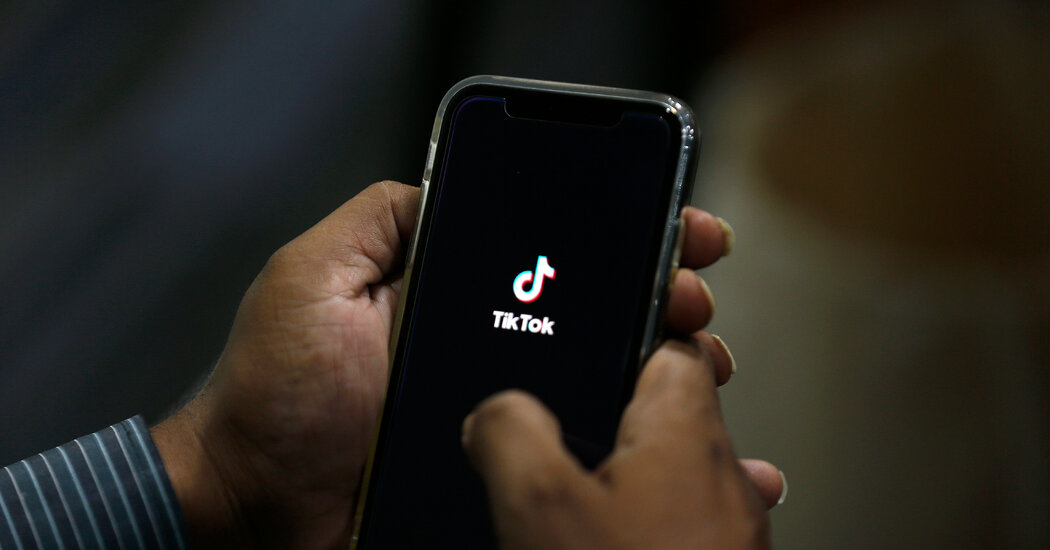