WASHINGTON — President Donald Trump parachuted into the coronavirus aid debate Wednesday, upbraiding his Republican allies for proposing too small of a relief package and encouraging both parties in Congress to go for a bigger one that would include his priority of $1,200 stimulus checks for most Americans.

But his top GOP allies in the House and Senate shrugged off the president’s mid-morning tweet for more aid. They also weighed in against a $1.5 trillion aid package backed by moderates in both parties that earned praise from the White House.

“I like the larger amount,” Trump said during a press conference at the White House. “Some of the Republicans disagree, but I think I can convince them to go along with that.”

The president said he wants Americans to be given relief checks and thinks he’s getting “closer” to a deal.

Negotiations remain far apart. All the key players in the entrenched impasse over a COVID-19 rescue package instead focused their energies on finger-pointing and gamesmanship, even as political nervousness was on the rise among Democrats frustrated by a stalemate in which their party shares the blame. There remained no sign that talks between the White House and congressional Democrats would restart.

House Speaker Nancy Pelosi, D-Calif., says any deal will have to include far more than just another set of “Trump checks” and a handful of other priorities.

“All they want is to have the President’s name on a check going out. …. That’s all he really cares about,” Pelosi said. “We have to do more than just have the Republicans check a box.”

At issue is a potential fifth coronavirus relief package that would extend supplemental jobless benefits to replace a $600-per-week COVID unemployment benefit that expired at the end of July. It would also funnel more than $100 billion to help schools open, provide assistance to state and local governments, and funnel more money into a program that directly subsidizes business hit hardest by the pandemic.

The bipartisan spirit that birthed a $2 trillion aid package in March has evaporated. Many Republicans cite deficits and debt and are simply wary of another Pelosi-brokered deal. As the talks progressed, Senate Republicans made their proposal smaller, moving further away from Democrats.

“What the president was referring to was the $500 billion bill that passed the Senate,” said White House Press Secretary Kayleigh McEnany. “It didn’t include direct payments. He wants more than the $500 billion and he’s very keen to see these direct stimulus payments.”

Pelosi, for her part, is fending off a rebellion among some Democrats who fear that her hardball strategy is partly responsible for the deadlock and makes for bad politics. Some of her more moderate colleagues from Trump-friendly congressional districts have signed on to a new bill by the bipartisan Problem Solvers Caucus that totals $1.5 trillion, a measure that won praise Wednesday from White House Chief of Staff Mark Meadows.

“I thought it was very thoughtful and actually is in a way very meaningful if you’re looking at Republicans and Democrats coming together in a bipartisan way,” Meadows told reporters. Meadows, however, spent much of August negotiating with Senate Republicans to produce the much smaller $650 billion measure. And it was clear the $1.5 trillion total is a non-starter with most Republicans.

“We’d have to see what’s in it, but I think it’s difficult,” said House Republican leader Kevin McCarthy, D-Calif.

Rep. Abigail Spanberger, D-Va., said Wednesday that worries among Democrats are not limited to frontline lawmakers in Trump-won districts like hers. “The concern about being able to actually move forward with a relief package has been top of mind for just about every member of Congress that I’ve spoken to,” she said.

The No. 2 Senate Republican, John Thune of South Dakota, asked about Trump’s “higher numbers” tweet, told reporters that a good number of Senate Republicans might support a $1 trillion measure. But “as you go upwards from there, you start to start losing Republican support pretty quickly,” he said. 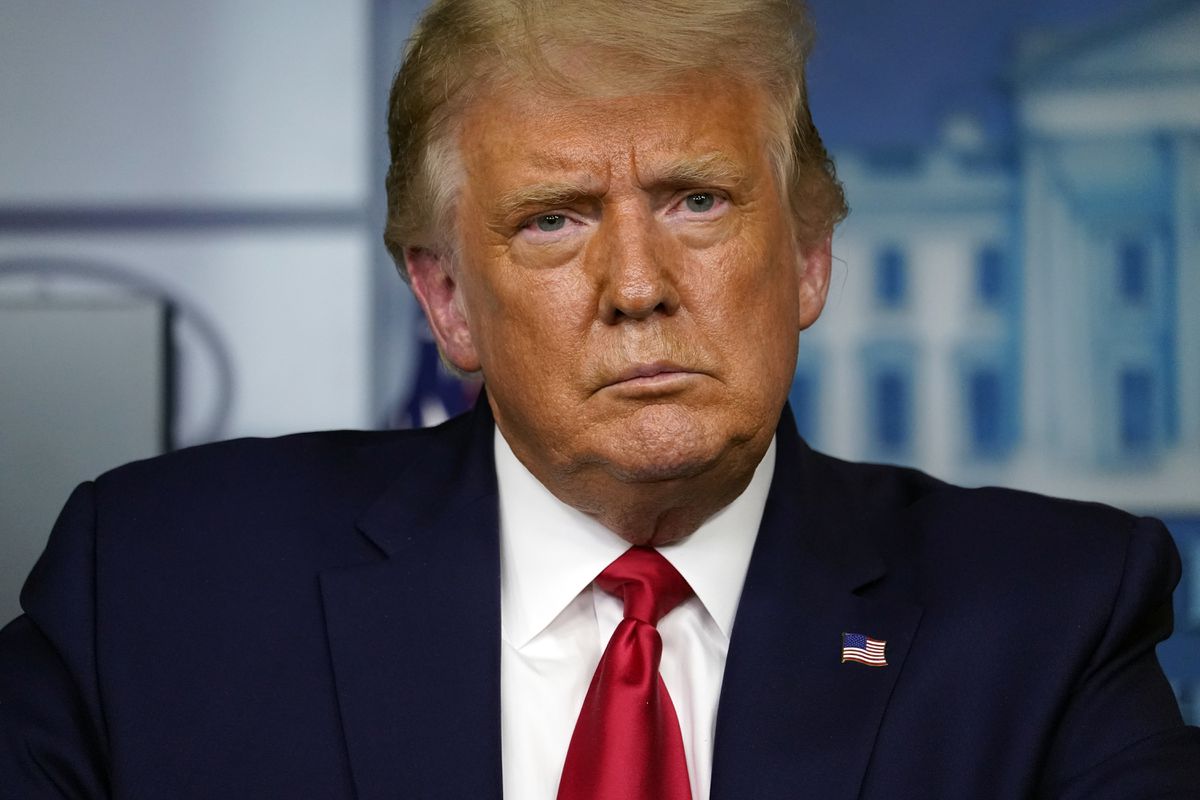