BATON ROUGE, La. (WAFB) – Hurricane Sally has weakened some overnight as it slowly moves towards the Central Gulf Coast.

Sally is forecast to remain a Category 1 hurricane at landfall. Water upwelling due to slow forward motion and moderate to at times high wind shear will keep Sally from further strengthening before landfall. Landfall is forecast to occur Wednesday morning near the MS/AL state line.

Torrential rain and storm surge will be the most significant threats associated with Sally in Mississippi and Alabama. Storm surge of 6-9 feet will be possible from the mouth of the Mississippi River all the way into Mobile Bay. Rainfall estimates in some parts of Alabama could reach 24″or more.

Locally, impacts will be very minimal. The biggest issue will be storm surge along the extreme SE Louisiana coast. Storm surge values within the tidal lakes of Maurepas and Pontchartrain has been decreased with the latest advisory from the National Hurricane Center. Storm surge of 2-4 feet is currently forecast, but values within the WAFB viewing area (lower Livingston, Ascension, and Tangipahoa Parishes) will likely be on the order of 1-2 feet. That will be manageable and likely less than what we saw from Hurricane Laura.

Winds will stay breezy over the next few days as Sally slowly moves north and then farther away from the local area. It is unlikely winds will be strong enough to cause problems locally.

Rainfall amounts will be manageable with most locations staying less than 0.10″ through Wednesday. Rains will be confined to rainbands that can wrap around the circulation of Sally. The majority of rain will stay on the east side of the circulation. 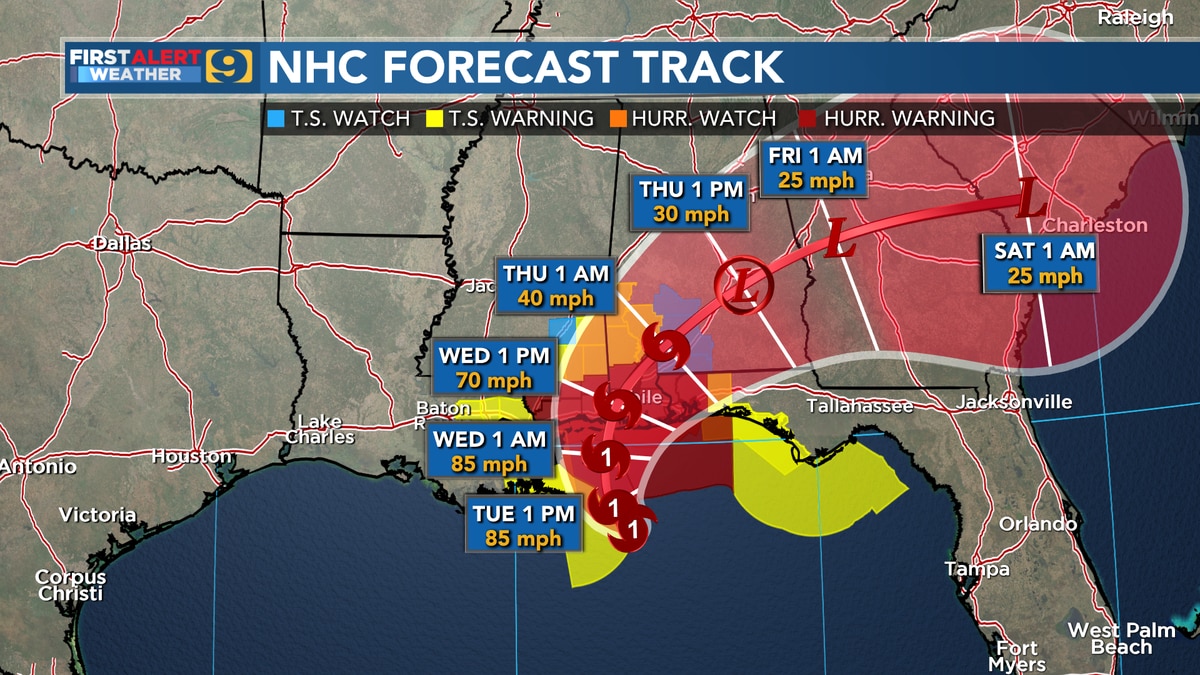