If she saw her neighbours breaking “the rule of six”, would she dob them in it? Yes, said the home secretary.

Which came as something of a disappointment to some of those living near her house in London, who felt that snitching on the neighbours wasn’t very – well – neighbourly.

Besides, said one, the government had bigger fish to fry to stop the spread of the virus.

“I wouldn’t do it because I have a good relationship with my neighbours, why should I call the police on them?” asked one neighbour, called Faisal.

“The next day, that guy will be coming to my door asking me what I was doing and calling the police on me … There would be conflict if someone did, it’s not a good idea, to be honest.”

Another neighbour, called Michael, said he would report gatherings “if it got too bad, but I would live and let live in the first place”.

He thought the government had “made a pig’s ear of the whole job” and suggested the ministers might have “more important things to worry about than dobbing in your neighbour”.

The government has been on the back foot about the law introduced on Monday that bans more than six people meeting in one place – with many commentators deriding the “Covid marshals” who are supposed to break up large gatherings, and report any wrongdoing.

Ministers have warned that those found in groups of seven or more face on-the-spot fines of £100, which will double on repeat offences up to £3,200.

The home secretary stirred the debate some more on Tuesday when she told broadcasters she would have little compunction in calling in the authorities if she caught anyone flouting the rules.

Asked if she would call them out, Patel told Sky News: “I’m rarely at home but if I saw something that I thought was inappropriate then, quite frankly, I would call the police.”

Another of her neighbours, who did not want to be named, was complimentary about Patel on a personal level. 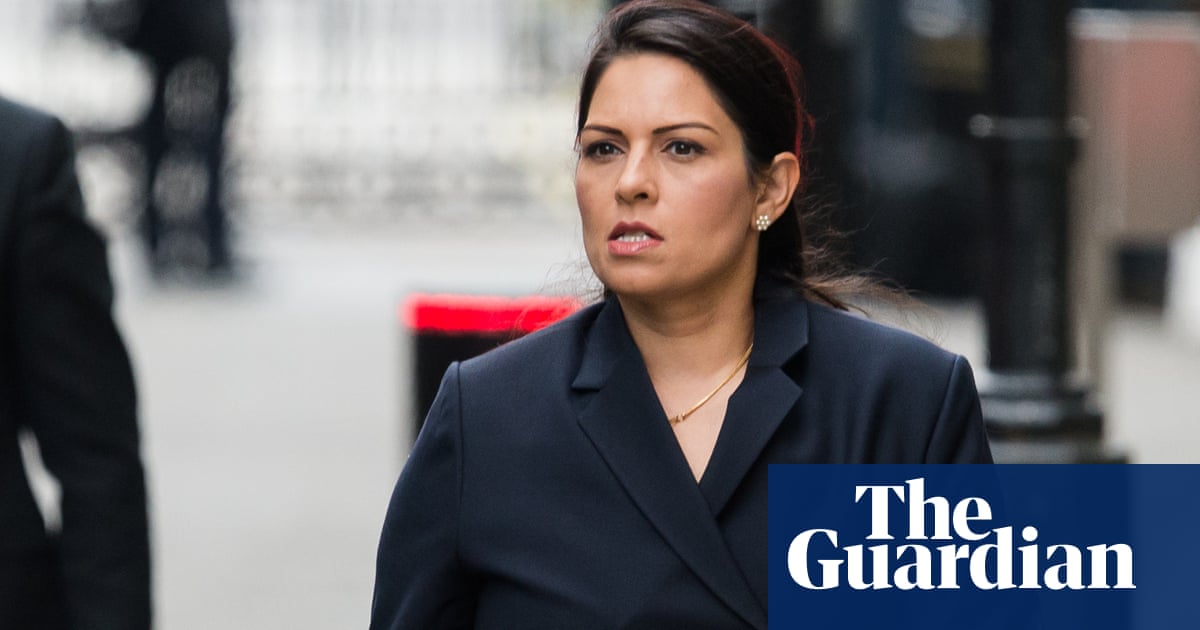