Just two Republican senators have asked for the party to put the brakes on the confirmation. And with a 53-seat majority, Senate Majority Mitch McConnell (R-Ky.) now has the votes he needs to move forward with a nominee.

The move is a striking blow to Democrats’ hopes of keeping the seat vacant for the next president, potentially Joe Biden. But Romney said he had no qualms about Democrats’ charges of hypocrisy or about strengthening the high court’s conservative majority.

“My liberal friends have over many decades gotten very used to the idea of having a liberal court but that’s not written in the stars,” the Utah Republican told reporters after this decision. He called it “appropriate for a nation that is … center-right to have a court which reflects center-right points of view.”

Given his criticisms of Trump and vote to remove him from office earlier this year, there was some question about where Romney would come down on a Supreme Court nominee. And though Romney’s position doesn’t mean Trump’s yet-to-be-named nominee will definitely have the votes to be confirmed, it does mean that McConnell and Trump can move forward without delay.

Trump tweeted Tuesday that he plans to announce his nominee on Saturday; Amy Coney Barrett and Barbara Lagoa are seen as the top contenders.

GOP leaders are still mulling whether to try to fill the vacancy before the election or wait until a lame duck session, but the prevailing view in the party is to move as quickly as possible.

“People are very supportive of the idea of moving forward. In terms of the timing, that’s still up in the air,” said Senate Majority Whip John Thune (R-S.D.). “Speaking for me personally? Yes. I think it would be a good idea for us to move forward [before the election.] But obviously we have a lot of different members who might have different positions.”

Trump and some Senate allies are pushing a pre-election confirmation, though leaders are noncommittal about timing. Thune said it was McConnell’s decision. And Romney said he had no preference on timing but also had no qualms about conducting a confirmation either before or after the election.

Senate Judiciary Chairman Lindsey Graham (R-S.C.) predicted Tuesday that Trump’s nominee would be confirmed before the election and said he would “keep the process like we had it before” when asked about the length of the confirmation hearing. It would a lightning-fast confirmation by Senate standards and come exceptionally close to the election.

Other potential swing votes like Republican Sens. Cory Gardner of Colorado and Chuck Grassley of Iowa said on Monday evening they do not oppose considering a nomination this year. Only Sens. Lisa Murkowski (R-Alaska) and Susan Collins (R-Maine) have said the seat shouldn’t be filled this close to the election, and without Romney taking that view there’s now scant possibility of keeping the seat vacant this year.

Romney said he was merely following the law in making his decision to allow consideration of Trump’s nominee rather than taking a position based on the recent blockade of President Obama’s Supreme Court nominee, Merrick Garland, during the 2016 election. Because the opposition party controlled the Senate in 2016, Romney said Democrats’ arguments about that move being unfair did not weigh on his decision regarding Ginsburg’s replacement.

Because the president’s party controls the Senate this time around, Romney said it was reasonable for the GOP to move forward in considering Trump’s nominee in 2020.

Democrats took a different view. For the second day in a row, Senate Minority Leader Chuck Schumer (D-N.Y.) took to the floor to castigate McConnell and his members. He read Republican quotes from 2016 defending the Garland blockade, throwing them back in the GOP’s face four years later.

“That’s how they justified the unprecedented blockade of President Obama’s Supreme Court nominee. No vote during a presidential year because we have to let the people decide,” Schumer said. “Now: ‘Whoops, didn’t mean it.’” 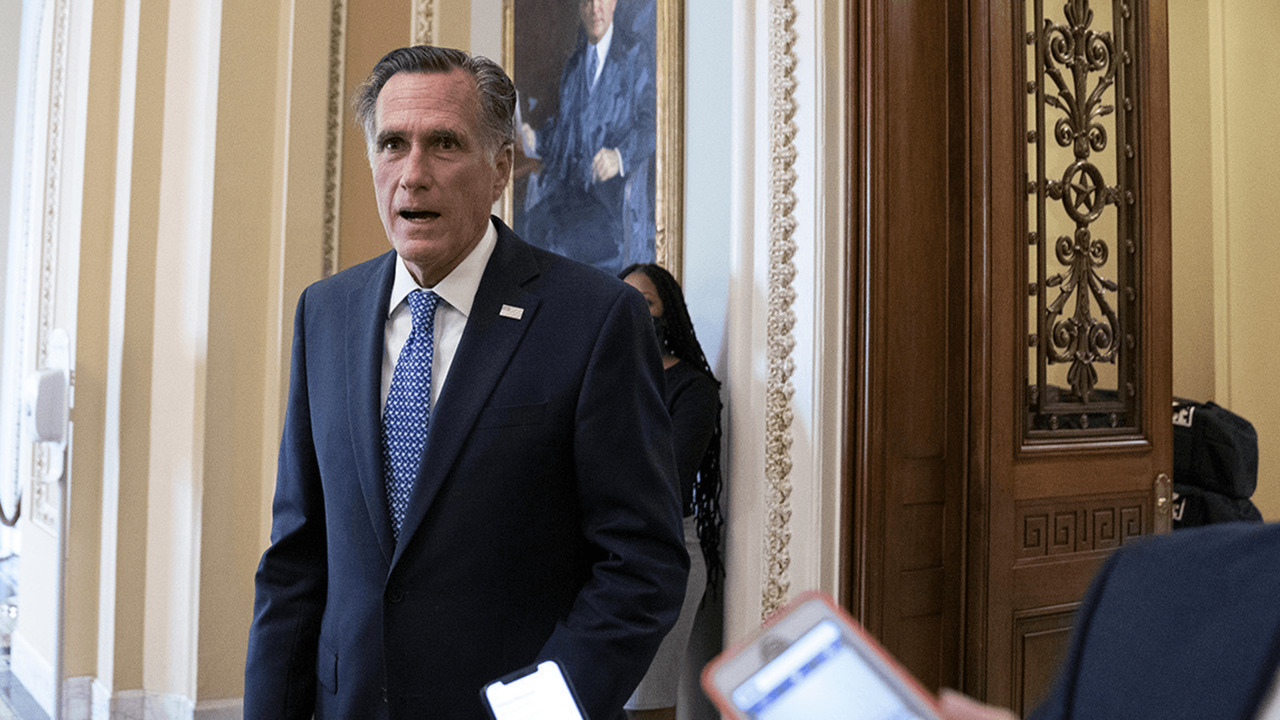