In a break with its 175-year tradition, the prestigious US magazine Scientific American has for the first time endorsed a candidate in a US presidential election – the Democratic party nominee, Joe Biden.

The magazine has taken the line because, it says, “Donald Trump has badly damaged the US and its people – because he rejects evidence and science.”

The most devastating example is his dishonest and inept response to the Covid-19 pandemic, which cost more than 190,000 Americans their lives by the middle of September. He has also attacked environmental protections, medical care, and the researchers and public science agencies that help this country prepare for its greatest challenges.

They criticise Trump, saying: “At every stage, Trump has rejected the unmistakable lesson that controlling the disease, not downplaying it, is the path to economic reopening and recovery,” and refer to the recent revelation from interview tapes published by the veteran journalist Bob Woodward that Trump was stating in public “this is like a flu​” while saying in private that it was “lethal and highly transmissible”.

They go on to say the president “repeatedly lied to the public about the deadly threat of the disease”, and that while supporting the wearing of masks – a strategy they say would hurt no one – could have saved thousands of lives in the US. Instead “Trump and his vice-president flouted local mask rules, making it a point not to wear masks themselves in public appearances”.

They condemn the president for reacting to America’s worst public health crisis in a century by saying: “I don’t take responsibility at all.”

Away from the coronavirus pandemic, the article also attacks the president’s record on environmental, health and scientific issues more broadly, saying:

Trump’s refusal to look at the evidence and act accordingly extends beyond the virus. He has repeatedly tried to get rid of the Affordable Care Act while offering no alternative; comprehensive medical insurance is essential to reduce illness. Trump has proposed billion-dollar cuts to the National Institutes of Health, the National Science Foundation, and the Centers for Disease Control and Prevention, agencies that increase our scientific knowledge and strengthen us for future challenges. Congress has countermanded his reductions. Yet he keeps trying.

Only this week, Trump appeared to contradict experts on the fires ravaging the US west coast, saying that the climate would soon cool, and that “I don’t think science knows” about the climate disaster unfolding across California, Oregon and Washington state.

Laura Helmuth, the ninth editor-in-chief of the Scientific, took over in April this year. Formerly a weekly, Scientific American switched to monthly publishing in the 1920s, and is considered to be the longest-running regularly published magazine in the US. In the past it has carried articles by Albert Einstein, Orville Wright of the Wright Brothers, Francis Crick, Al Gore and Mark Twain.

The editorial endorsing Biden concludes: “Although Trump and his allies have tried to create obstacles that prevent people from casting ballots safely in November, either by mail or in person, it is crucial that we surmount them and vote. It’s time to move Trump out and elect Biden, who has a record of following the data and being guided by science.” 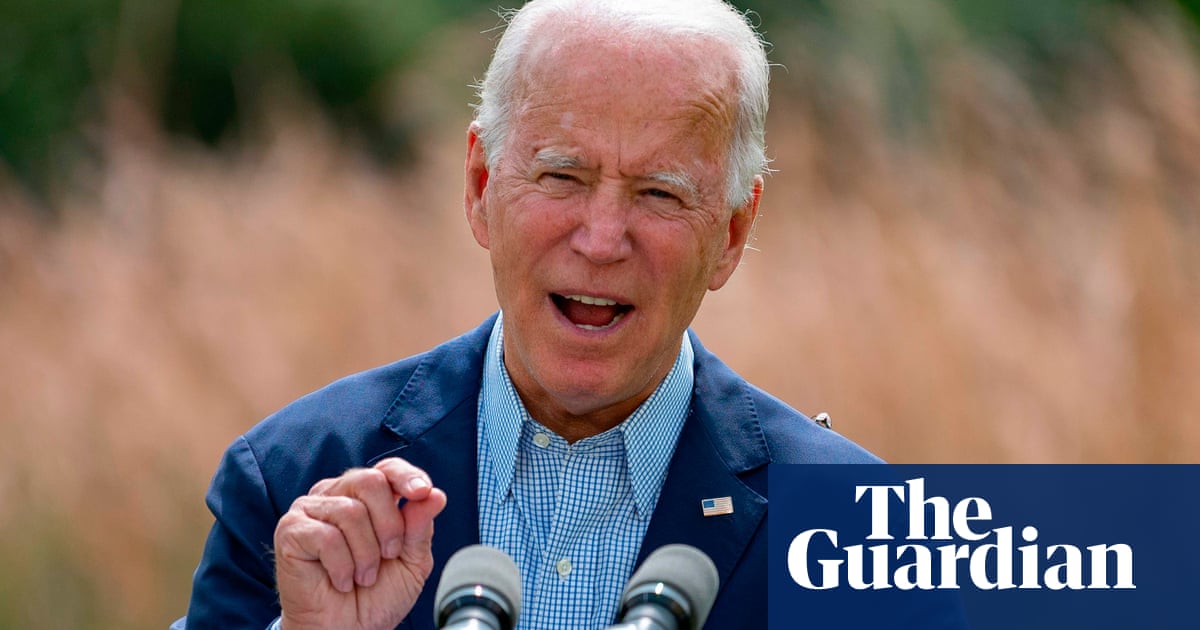