Police officers being given data on people told to self-isolate due to Covid will result in individuals being less likely to get themselves tested, an expert has warned ITV News.

However, Cabinet Office minister Michael Gove has defended police being given NHS Test and Trace data, saying officers will operate in a “very proportionate way”.The Department of Health and Social Care (DHSC) said police forces will have access to information “on a case-by-case” basis, enabling them to know if an individual has been told to self-isolate.

Those who fail to self-isolate “without reasonable justification” could have their name, address and contact details passed on to their local authority and then to the police, according to DHSC guidance.

“This may lead to enforcement action being taken against you, which could include you being fined,” it adds.

However, a behavioural scientist whose work feeds in to the government’s Scientific Advisory Group for Emergencies (Sage) said she had “no idea why the government is pursuing this strategy”.

She continued: “Consistently the behavioural science advisory committee to the government have said if we want to increase adherence, what we need to do is to increase support for people and enable them, not to threaten punishment or blame, so this is the opposite of what needs to happen.”

“Not only behavioural science, but many other organisations and experts will be able to testify that this is counter-productive to what is needed.

“At this critical stage in the pandemic we need to maximise the number of people who recognise their symptoms, go and get tested, give contacts to the tracers and also isolate when they’re asked to and to facilitate all of that, to download the app. This will go directly against those aims.”

Covid tiers: Can you still travel within the UK? Can you meet your friends? Your questions on the new rules answered

What is the R number and why is it so important in stopping the spread of Covid?

People in England are legally required to self-isolate if they test positive for Covid-19, with fines starting at £1,000 for those who fail to do so, rising to £10,000 for repeat offenders or serious breaches.

However, there are fears that the threat of police action and fines could deter people from getting tested if they are displaying coronavirus symptoms.

The Health Service Journal (HSJ) reported that the office of England’s chief medical officer, Professor Chris Whitty, feared the threat of police action could deter people from getting tested.

Asked if this was counter-productive, Cabinet Office minister Mr Gove said it is appropriate for action to be taken in cases of “persistent, flagrant and deliberate” breaching of the rules.

“And of course there will be some, a very, very small minority, who will be, you know, heedless of the consequences of their actions.

“But the other thing is, the police, to be fair to them, are operating things. so far as I can see, in a very proportionate way.

“We all know that people make innocent errors and an appropriate word can mean that that innocent error can be corrected by any of us.

“But where you do get persistent, flagrant and deliberate breaching of the rules, then it is appropriate for action to be taken.”

A DHSC spokesperson said: “It is a legal requirement for people who have tested positive for Covid-19 and their close contacts to self-isolate when formally notified to do so.

“The Department of Health and Social Care has agreed a memorandum of understanding with the National Police Chiefs Council to enable police forces to have access on a case-by-case basis to information that enables them to know if a specific individual has been notified to self-isolate.

“The memorandum of understanding ensures that information is shared with appropriate safeguards and in accordance with the law. No testing or health data is shared in this process.” 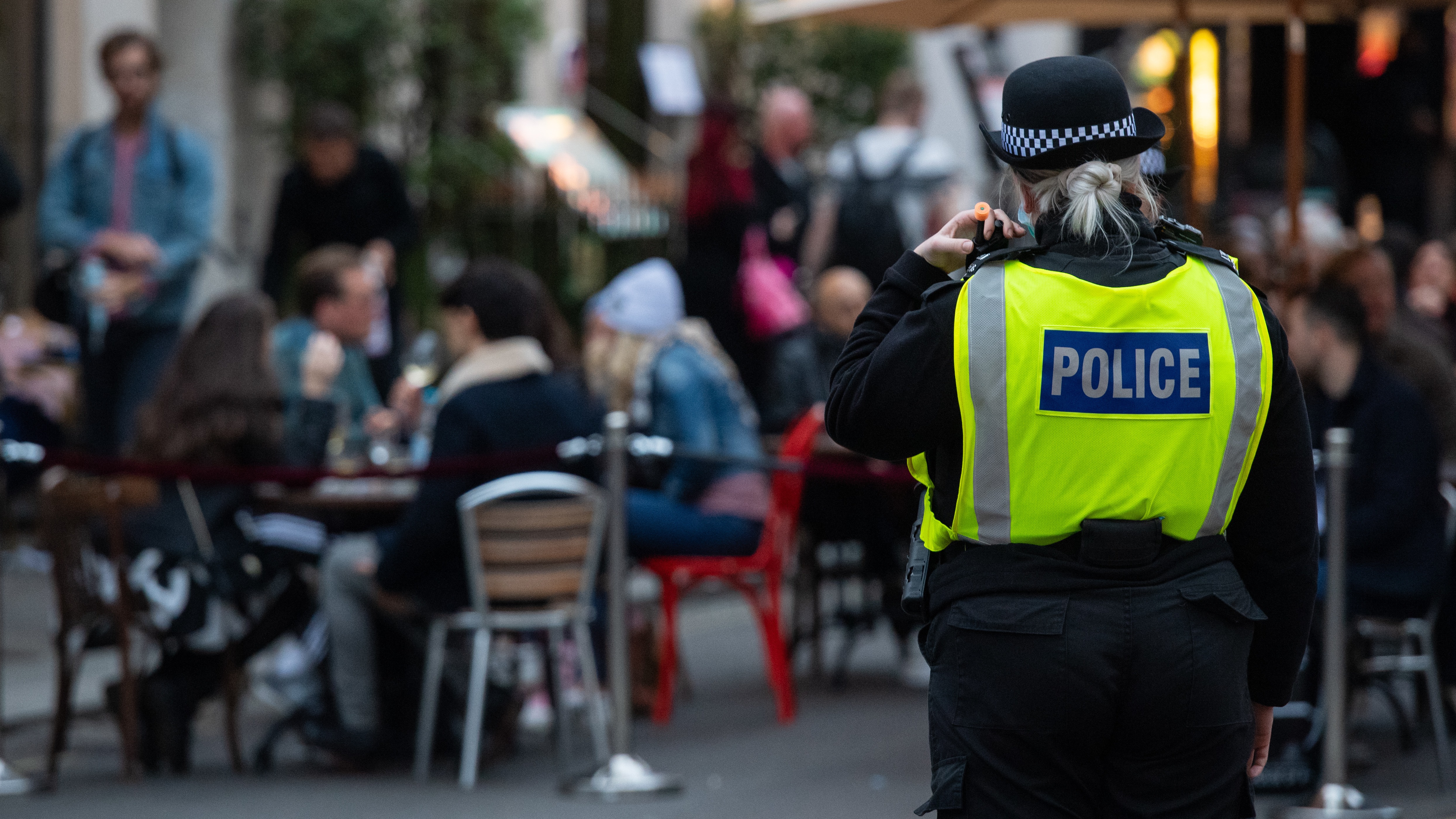