“Learn how to say peoples’ names correctly. It’s part of their identity and doing so is a basic form of respect.”

“Ka-MAL-a, Ka-MAL-a or Kamala, Kamala, Ka-mala, -mala, -mala, I don’t know, whatever,” Perdue said as the crowd in Macon, Georgia, burst into cheers and laughter before he introduced President Trump.

That moment from his speech instantly went viral, and it was widely criticized on social media.

Perdue’s communications director, John Burke, tweeted that the senator “simply mispronounced” Harris’s name “and he didn’t mean anything by it.”

But many expressed doubt that Perdue would mispronounce the name of a colleague who sits on the Senate Budget Committee with him, and has served alongside the Republican lawmaker in the US Senate for years.

Perdue and Kamala Harris have served in the Senate together for that long. The disrespect is intentional. https://t.co/P5HFL2JWs8

The statement from Perdue’s office dismissing the incident also drew more anger. Many people of color shared their own stories of others ridiculing or mispronouncing their names.

I’ve tweeted about this before and how many immigrants change their name/pronunciation due to mocking or peoples’ refusal to pronounce it correctly. Learn how to say peoples’ names correctly. It’s part of their identity and doing so is a basic form of respect. https://t.co/jueHSZLucJ

This is just the tip of the iceberg of running for office as a Black woman.

To all my Black women running for office, you are right just the way you are. PeriodT. https://t.co/aiyNjgACeE

I agonized over the name to give my kid. Settled on a mouthful – Sulayman. I loved the meaning – “man of peace.”

I was worried – like my name – it would be hard for people to pronounce. But friends and family insisted he would be growing up in a different world … https://t.co/EAlIoUGQUZ

Anjali Pronounced “Un ja Lee” or even “on jo Lee.” My name means “Offering” (to God). #Kamala happens to be my grandmother’s name. It means Lotus. Anyway that’s my diatribe for Friday. Pronouncing names shld be a common courtesy. Ask us.

#MyNameIs Krishna and I go by Krishna, not Kris or Christina and not “Hairy Krishna” though I have been called all of those. My parents named me after my dad’s beloved younger sister who is an accomplished professor of geography, mother and grandmother 🇳🇵#KamalaHarris #VOTE https://t.co/PL6VnC9EBT

#mynameis Pankaj. Means the same as Senator Harris’s name – the lotus flower (though the color Orange is another connotation of the Senator’s name). It’s roots are Sanskrit. The literal translation is “that which grows (-aj) in mud (Pank-)”.

#MyNameIs Zara. My parents spent a lot of time and energy picking out a name that would be easily pronounceable for non-Indian people. But they shouldn’t have had to do that. It shouldn’t be on POC to shave off pieces of our culture to make life easier for white people. https://t.co/CNHmFQcRVt

#MyNameIs Linh Thuy Nguyen. Linh, meaning spirit, soul from Sino-Vietnamese. My dad wanted a traditional name for me to honor our lineage & where we came from. Name pronunciation, and taking the time to do it right, emphasizes safety & belonging, and is a sign of respect. https://t.co/GF5zY2XLBG

#MyNameIs Sobaika, which means pure unvarnished gold. Here’s to all the strong women with unpronounceable names and threatening auras.

Nusheen is Persian & it means a sweet dream that comes true.

Ameenuddin is Urdu/Arabic & it means trustworthy upholder pf the faith.

My names mean something important. I will help you pronounce them. It’s easier than you think. https://t.co/ui9YPp0Mgt

Conservatives have dismissed the pronunciation of Harris’s name in the past, too. In July, when a guest on Tucker Carlson’s Fox News show told the host he was saying Harris’s name incorrectly, Carlson responded, “OK, so what?”

Perdue, however, is facing backlash amid a close reelection fight against Democrat Jon Ossoff, who criticized him Friday and later fundraised off of his opponent’s comments.

“This kind of vile, race-baiting trash talk is what President Trump has unleashed from sitting Republican members of the Senate,” Ossoff said on MSNBC that night.

It’s not the first time the Republican senator has come under fire over racial issues. In July, his campaign ran an ad on Facebook that featured Ossoff, who is Jewish, with an enlarged nose.

“This is the oldest, most obvious, least original anti-Semitic trope in history,” Ossoff tweeted at the time.

“Anybody who implies that this was anything other than an inadvertent error is intentionally misrepresenting Senator Perdue’s strong and consistent record of standing firmly against anti-Semitism and all forms of hate,” his campaign said, adding that the ad had since been removed.

Clarissa-Jan Lim is a reporter and editor at BuzzFeed News. She is based in New York. 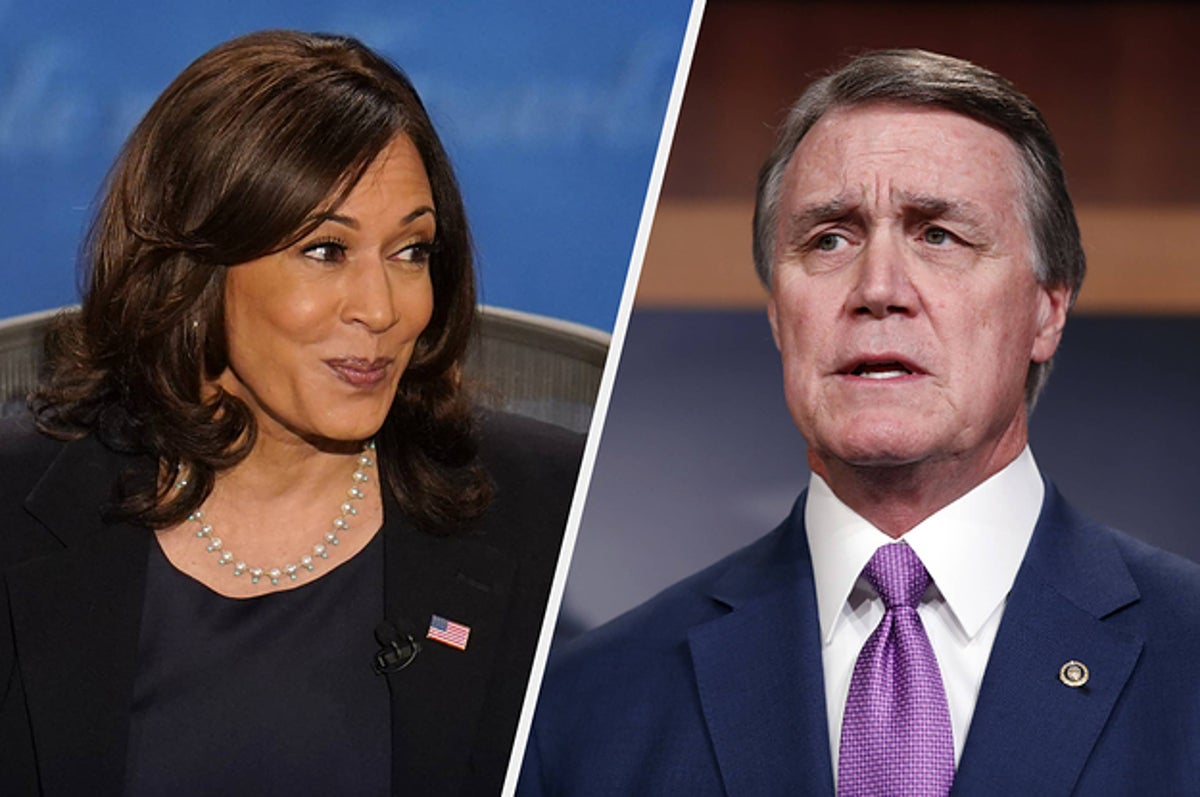