If you or someone you care about are among the more than 50 million Americans suffering from pre-existing medical conditions, you should be aware that the stakes in this year’s election go beyond abstract things like, say, the survival of American democracy. They’re also personal. If Donald Trump is re-elected, you will lose the protection you’ve had since the Affordable Care Act went into effect almost seven years ago.

The death of Ruth Bader Ginsburg has made this even more obvious. In fact, it’s now possible that coverage of pre-existing conditions will be stripped away even if Trump loses to Joe Biden, unless Democrats also take the Senate and are prepared to play serious hardball. But health care was always on the line.

Now, Trump denies this; like almost every other politician in his party, he keeps insisting that he has a plan to protect Americans with pre-existing conditions. But he and they are lying. And no, that’s not too strong a term.

On Trump: In early August he promised that he would soon release a great health care plan to replace Obamacare, probably by the end of the month. We’ve heard nothing since, which isn’t surprising, since he has made and broken similar promises many times.

It’s safe to assume that there was never any basis for these promises; there is not now and has never been a secret skunk works in the executive branch devising a brilliant new health plan.

Among other things, Trump administration officials have been too busy botching their response to the coronavirus. Did I mention that, as we pass the 200,000 deaths mark, cases appear to be rising again?

But we would know that Republicans are lying about pre-existing conditions even if Trump hadn’t established such a remarkable record of serial dishonesty. For the fundamental logic of health policy says that if you want to protect pre-existing conditions, you either have to have the government provide health insurance directly, as it does with Medicare and Medicaid, or use a combination of strict regulation and subsidies to induce private insurers to offer coverage.

And if you do try to rely on private insurers, the necessary system of regulation and subsidies will, inevitably, look a lot like Obamacare.

To protect people with pre-existing conditions, you must prevent insurers from discriminating based on medical history — which includes imposing minimum standards, so that they can’t offer cheap, minimalist plans that appeal only to the healthy while charging exorbitant premiums on plans that help those who really need care.

You also need to induce healthy people to sign up for coverage, which means providing financial incentives to do so — especially generous subsidies to working-class adults.

In other words, you need a system very similar to the one America has had since 2014, when the Affordable Care Act went fully into effect. That system can and should be made better, but this would require spending more, not less — which is, in fact, what Biden is proposing.

None of this is news. The G.O.P.’s inability to come up with a superior alternative to Obamacare was put on stark display in 2017, when Republicans came very close to enacting their own health care plan.

At the time, the Congressional Budget Office estimated that the legislation would cause 32 million Americans to lose health insurance — and even that number understated the likely damage, because those still buying insurance would have faced sharply higher premiums.

How does Ginsburg’s death affect the health care outlook? The Trump administration is backing a lawsuit, now before the Supreme Court, claiming that a fairly minor provision in the 2017 tax cut somehow rendered the whole Affordable Care Act unconstitutional. It’s a ludicrous argument — but Republican judges in lower courts have backed it anyway, and a court without Ginsburg is more likely to let partisanship override any pretense of respect for logic.

The odds that the court will destroy Obamacare, and with it protection for pre-existing conditions, will obviously go up if Trump is able to install a right-wing partisan to replace Ginsburg. And even if this particular attempt to take away health insurance from millions falls short, it’s a safe bet that a court with a 6-3 conservative majority will find some excuse to undermine the protections Americans have come to count on.

So are Americans with pre-existing conditions doomed? Not if Democrats take the Senate as well as the White House. If they do that, they’ll be in a position to quickly reinstate an improved version of Obamacare soon after Biden is sworn in.

And yes, adding seats to the court will have to be on the table. Spare me talk about norms. Between Trump’s lawlessness and Mitch McConnell’s naked power plays, Republicans have forfeited any right to complain if Democrats legally act to protect the well-being of millions of Americans.

So once again, if you or someone you care about has a pre-existing condition, be aware that your fate is very much on the ballot this year. 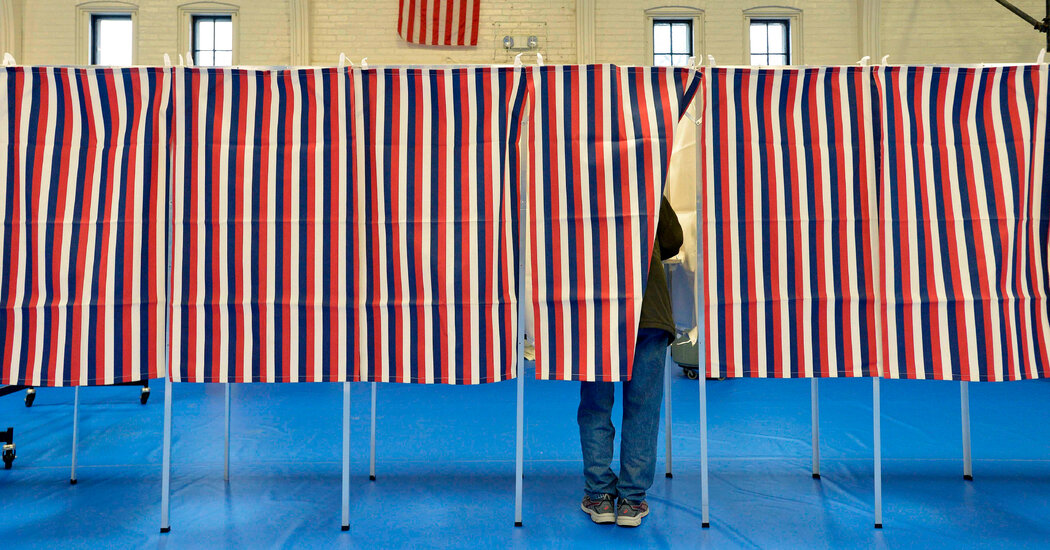