The editorial board is a group of opinion journalists whose views are informed by expertise, research, debate and certain longstanding values. It is separate from the newsroom.

It is now an established fact, confirmed by laboratories in Germany, France and Sweden, that Alexei Navalny was poisoned with Novichok, a nerve agent developed by the Soviet Union. The powerful poison, which has been used in at least one previous assassination attempt against foes of the Russian regime, was this time employed against a domestic opposition leader who operated openly to expose corruption and challenge the Kremlin. It requires a serious response.

In the face of Kremlin stonewalling, many questions remain unanswered and are likely to remain so. Chief among them is whether President Vladimir Putin ordered or approved the attempted assassination. Then there is the fact that once again, the victim survived the attack, and the nerve agent was identified. Mr. Navalny had been flying home from Siberia to Moscow when he was stricken. Did his poisoners want him to perish on the way, as the timetable of the attack suggests, and want to cover up the reason? Or was it their intention to convey a brutal warning of what happens to those who challenge the Kremlin?

Mr. Navalny may have survived largely because of the pilot’s alacrity in landing and getting him to a hospital. The government later allowed him to be taken to Germany for further treatment. Once they heard of his collapse, Mr. Navalny’s colleagues quickly collected what they could from his last hotel in Siberia and got the evidence to Germany, where traces of Novichok were found on a water bottle.

Whatever the full story, the Russian government’s contemptible posturing as an aggrieved victim of unfair suspicions only intensify the need to demand a reckoning from the Kremlin. Mr. Putin knows what happened, or he can find out, and if he continues to hide behind glaringly phony denials and ridiculous accusations, he only strengthens the suspicion that this was a deliberate, state-sanctioned hit. He had the greatest motive, means and opportunity.

Even if it was an operation ordered at some lower level, the attack on Mr. Navalny breaks new ground. Ranking assassinations according to degrees of infamy may seem frivolous, and attacking two former Russian double agents residing in England, Sergei Skripal and Alexander Litvinenko, by nerve gas or radiation, is hard to exceed in brazenness.

But Mr. Navalny was not a former spy. He was by far the best known and most visible of Mr. Putin’s political opponents. His exposés of official corruption — most famously of the extravagant properties owned by the former president Dmitri Medvedev — were widely circulated, detailed and credible. Those who tried to kill him had to know, and not care, that the attack could be seen only as an attempt to silence a strong and effective political voice.

Even more appalling was their deployment of a banned chemical weapon on Russian soil against a Russian politician. The perpetrators knew that Novichok had been identified in the attack against Mr. Skripal and that its use was a violation of international law. Russia is a signatory to the Chemical Weapons Convention, and after Germany established that Mr. Navalny had been poisoned, the Organization for the Prohibition of Chemical Weapons issued a statement that under the convention, “any poisoning of an individual through the use of a nerve agent is considered a use of chemical weapons.” At the very least, that obligates Russia to establish how a known nerve agent came to be used in the center of Russia.

Mr. Putin must believe that there is not much the West can do that it hasn’t already done by way of sanctions. President Trump, for reasons that remain one of the top mysteries of his administration, has largely closed his eyes to Mr. Putin’s serial transgressions, whether it’s meddling in American elections, annexing Crimea or stonewalling on the poisoning of dissidents.

The surest sign of European anger would be cancellation of the Nord Stream 2 pipeline, a gas conduit from Russia to Germany under the Baltic Sea. But the project is nearly completed, and Angela Merkel, the chancellor of Germany, is reluctant to take a step that would be costly for Europe and that would look like bowing to threats from the Trump administration, which has demanded cancellation of the pipeline.

Yet, as Mr. Putin looks intent on spending the rest of his life at Russia’s helm and displays ever less concern for human rights or the rule of law, it is incumbent on the West to hold him accountable for murdering or trying to murder anyone he finds troublesome. A state prepared to use banned chemical weapons against its own citizens is a danger and threat to the rest of the world as well, and that must be made clear and unambiguous also to Mr. Putin and his co-conspirators.

News – Opinion | Vladimir Putin Thinks He Can Get Away With Anything 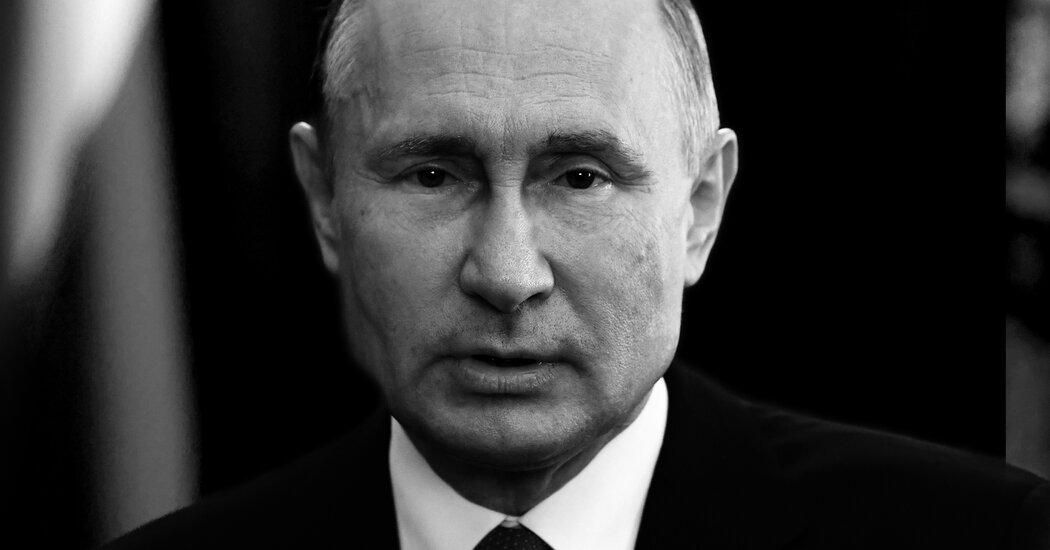