In a floor speech in July, Senator Josh Hawley, Republican of Missouri, issued an ultimatum on future Supreme Court fights.

âI will vote only for those Supreme Court nominees who have explicitly acknowledged that Roe v. Wade was wrongly decided,â Hawley said. He would require on-the-record evidence that the next Republican nominee âunderstands Roe to be the travesty that it is.â Absent that, he said, âI will not support the nomination.â

The day after Ruth Bader Ginsburg died, Hawley reiterated this commitment, and called on his fellow Republican senators to do the same.

Others on the religious right may impose a similar litmus test. Social conservatives felt betrayed when, in June, Neil Gorsuch, Donald Trumpâs first Supreme Court appointee, wrote in a majority opinion that itâs illegal under the 1964 Civil Rights Act to fire someone for being gay or transgender.

They were doubly dejected when Chief Justice John Roberts cast the deciding vote in a decision striking down a Louisiana law that would have all but regulated legal abortion out of existence in the state. As Politico reported, they now want a guarantee that a new Trump judge will carry out their agenda.

At this bleak moment for reproductive rights, this counts as good news. It might at last end the absurd charade that allows conservative Supreme Court nominees to obscure their opposition to legal abortion. Just over six weeks before the election, it should make clear to everyone what is at stake if Trump is allowed to replace Ginsburg.

âHawley wants to make sure where they stand, if they disagree with Roe v. Wade,â said Nancy Northup, president of the Center for Reproductive Rights. âThe 70-plus percent of the American public that supports Roe v. Wade would like to know that too.â

The custom of nominees concealing their intentions regarding Roe â as well as other issues â began after 1987, when a bipartisan majority of senators rejected President Ronald Reaganâs Supreme Court nominee Robert Bork. Bork didnât just oppose Roe; during his hearing he discussed his skepticism of the 1965 Supreme Court ruling striking down bans on contraceptives, which established the right to privacy that Roe is based on.

âIn the wake of Robert Bork, almost every nominee, on the Republican and Democratic side, has been a little more cagey about their views of Roe,â said Melissa Murray, a New York University law professor and expert on reproductive rights jurisprudence. The one exception was Ginsburg, who, as Murray recalled, âlinked abortion rights to womenâs full citizenshipâ during her confirmation.

The reticence around Roe has essentially institutionalized hypocrisy as part of the confirmation process. As Northup points out, during his confirmation hearing in 1991, Clarence Thomas simply described Roe v. Wade without taking a clear position on it. Less than a year later, he joined a dissent in a pivotal abortion case that said Roe was âwrongly decided, and that it can and should be overruled.â

Because nominees typically refuse to speak about Roe in depth, the debate about abortion during confirmation hearings seems to take place in code. âEveryone talks about precedent,â said Murray. âNobody really talks about Roe v. Wade.â

This makes the conversation about the future of legal abortion abstract and hard to follow. Traditionally, the right has liked it that way. For years, Hawley said in his Senate speech, religious conservatives have been told: âDonât mess up the Supreme Court nomination process by raising Roe. Itâs imprudent. Itâs in poor taste. It will divide our coalition.â Instead, he said, conservatives were urged to talk about âprocess, about methods, maybe throw in some talk about umpires.â

Thereâs a reason for this: Roe is popular. While many Americans support abortion restrictions, a Pew poll last year found that seven in 10 oppose seeing Roe overturned. As David Wasserman wrote on Monday, more than a fifth of Trumpâs 2016 voters in battleground states leaned pro-choice.

Still, Hawley is in a position to extract concessions. The two remaining pro-choice Republican senators, Susan Collins and Lisa Murkowski, have already said theyâre opposed to the Senate voting on a Trump nomination before the election. If Trump loses two more senators, his pick will be defeated. So this time, Trumpâs nominee might not get away with doing what Brett Kavanaugh reportedly did, telling Collins that Roe is âsettled law.â

That would be for the best. âIt would actually be more galvanizing for Democrats if the Republicans would just either do what they say they want to do, overturn Roe and face the political backlash that that would engender,â said Murray, âor have their nominee just say explicitly, âI donât believe there is a constitutional right to abortion.ââ

Republicans have supported Trump through nearly four years of stupefying corruption to bring us to this precipice, when states might once again force women to give birth against their will. If Democrats canât force Trumpâs nominee to be clear about the rights he or she intends to take from us, maybe Hawley can. 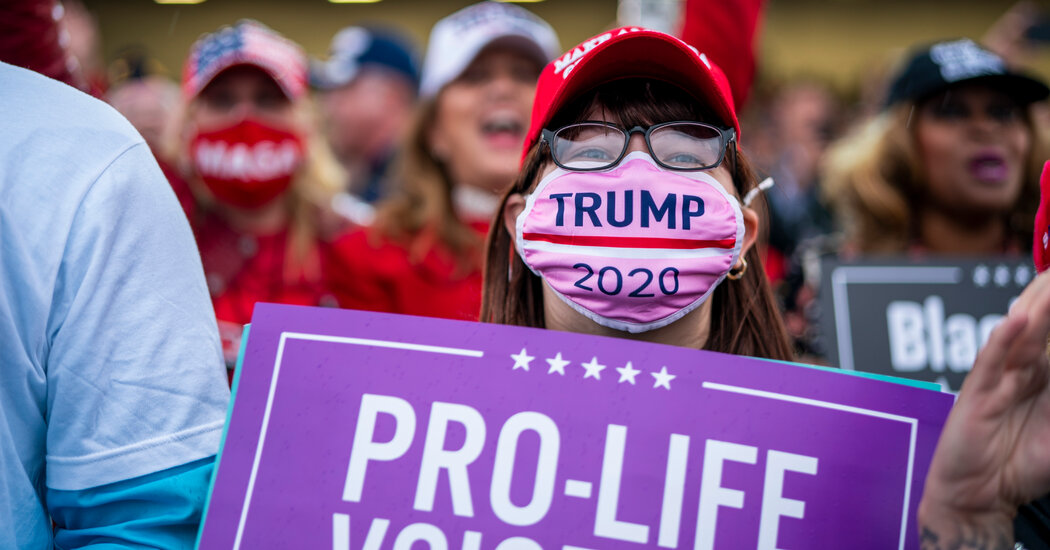