Democrats are counting on Hispanics to help them win the White House on Nov. 3, but they may be in for a surprise. Though Iâve been a conservative most of my life, I didnât vote for Donald Trump in 2016 and wonât this year either. But I understand why his brand of populism and appeal to religious voters has struck a chord not just with white voters and evangelicals but also with Hispanics, who will likely make up 13 percent of voters in November.

While a majority of Hispanics routinely vote Democratic, for nearly five decades a sizable minority have consistently voted for the Republican nominee in presidential elections. In 1972, about a third of Mexican-Americans voted for Richard Nixon. In 1984, an estimated 40 percent of Hispanics voted for Ronald Reagan, a level George W. Bush also achieved in his re-election bid in 2004.

In the 2016 campaign, 28 percent of Hispanics voted for Mr. Trump, despite his openly racist language, saying Mexico was sending rapists to the United States. Polls now suggest that he has not just largely maintained his support among Hispanics nationwide; it has actually increased in key states.

We tend to think of Hispanics as a nonwhite minority group, but many donât necessarily think of themselves in such terms. Whatâs more, growing numbers of Hispanics are Protestant or evangelical Christians, a group that, like their non-Hispanic coreligionists, is far more inclined toward Mr. Trump. In Texas, for example, Hispanic Protestants support him over Joe Biden by almost two to one, according to the Texas Hispanic Policy Foundation.

But perhaps more than because of racial or religious affiliation, some Hispanic voters may gravitate toward Mr. Trump because they think he will be better on the economy. Like most American voters, Hispanics rate the economy as the No. 1 issue in the election, at 80 percent according to a recent Pew Research survey. While they are more likely than Americans in general to rate income inequality as a major issue, fewer Hispanic men than women do, and income inequality and immigration rank below health care and the coronavirus outbreak as top voting issues.

Before the pandemic, Hispanic unemployment was lower and household income was higher than in most previous periods. Even though Hispanics have been disproportionately affected by the coronavirus, both in disease rates and loss of income, roughly a third approved of Mr. Trumpâs handling of the pandemic, a rate not substantially different among other Americans.

Another factor that may help Mr. Trump among some Hispanic voters, especially in Florida, is his continuous effort to portray Democrats as soft on socialism. Slightly more than one-quarter of Floridaâs residents are Hispanic, with a plurality who are of Cuban origin but also sizable populations of Nicaraguans and Venezuelans who fled autocratic regimes. When Mr. Trump tells voters that âJoe Biden is just a Trojan horse for socialism,â it raises real fear among those whose families have lived under Fidel Castro, Hugo Chavez, Nicolas Maduro or Daniel Ortega.

Itâs getting late in the game to change votersâ minds, but Mr. Biden had better pay attention to a group that Democrats have long taken for granted. The Trump campaign began running Spanish language ads in Florida three weeks before Mr. Bidenâs did and has an aggressive campaign with 16 offices focusing on wooing Hispanic voters in Florida, Arizona, Texas and Nevada. If Mr. Biden doesnât devote more time, money and organization to winning at least as many Hispanic voters as Hillary Clinton and Barack Obama did, he may see his hopes of becoming president dashed.

Linda Chavez (@chavezlinda) is the director of the Becoming American Initiative and a senior fellow at the Niskanen Center.

News – Opinion | Democrats, You Canât Count On the Hispanic Vote 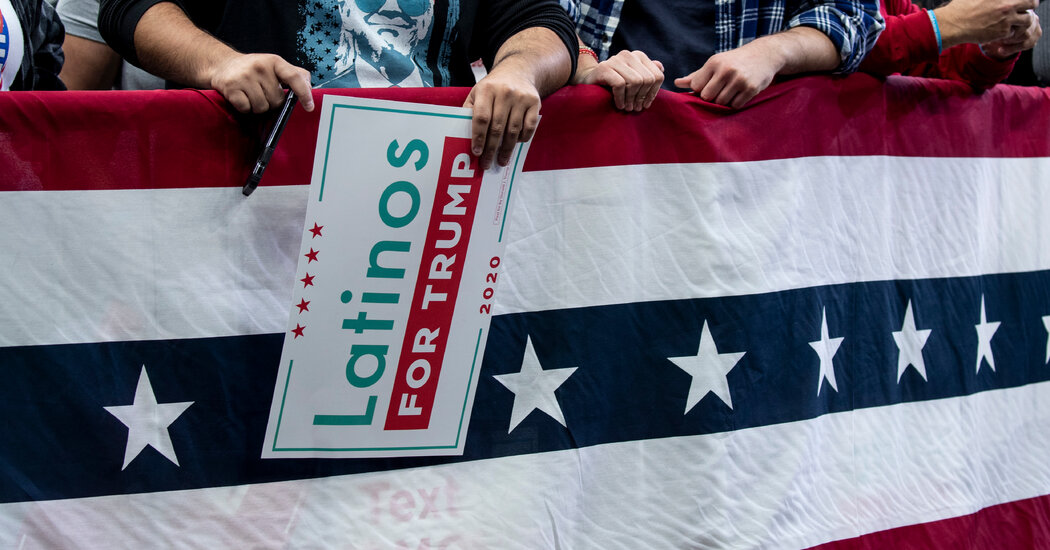