Bob and I stood on his deck of his San Francisco flat, with the bright lights of the city behind us and the first wisps of the summer fog creeping in. The attraction was palpable. His finger traced the outline of my nose — and then we kissed. It was our first — romantic and passionate. And more: fraught with the unknown. The year was 1988, still early in the AIDS epidemic, when about one in two gay men in the city had been infected with H.I.V. We had not yet had the talk (“Do you know your status?”).

There was still so much we didn’t know then. A scant two years before, the surgeon general had ruled out “casual” modes of transmission — like mosquito bites, toilet seats, swimming pools and kissing. But fears lingered, especially with no vaccine or treatment, and a frighteningly high death rate. And then there was the stigma: gay men with H.I.V. were ostracized, fired from our jobs and abandoned by our families. Intimacy became woven with fear, kiss by kiss.

I never imagined I’d live to witness another such viral threat. At the time I met Bob, I was young and on a quest for my first big love; today I am divorced and again seeking connection. Looking for love by definition means taking chances, but pandemics are terrible times to take them.

By the time Bob and I became bedmates and boyfriends, he’d disclosed that he was H.I.V. positive (and I was not). We engaged in what was first known as “safe” sex but later became known as “safer” sex because nothing is absolute. Still, every sexual encounter required some degree of vigilance. I remember our anxiety-ridden conversations. “How safe is oral sex?” “What do we do if the condom breaks?” For me, then 31, the plague slowed my coming out; it reinforced notions that homosexuality was “bad”; and it bred a firestorm of fear about sex and intimacy that took years, and much therapy in my case, to work through.

Later on I learned how fearful Bob had been to reveal his H.I.V. status to me. “I told some women friends of mine, and they broke off all contact with me,” I remember him saying as he began to cry. “It was very painful.” He also worried that my fear about becoming infected would drive me to stop dating him, which in the end turned out to be true, and which I came to regret.

“We do not know if Covid-19 can be spread though vaginal or anal sex,” reads the New York City Department of Health’s “Safer Sex and Covid-19” guidelines (although the department acknowledges that other coronaviruses aren’t easily spread through sex). But kissing — not intercourse — is considered the riskiest sexual activity this time around. “Contact with saliva from kissing is a potential mode of transmission but is not well documented,” Dr. William Marshall III, an infectious disease specialist at the Mayo Clinic, told me in an interview. In Dr. Marshall’s words, I recognized my previous fear of the unknown, the ill-defined risk lurking in the shadow of intimate human connection.

Many of my friends are starved for affection and intimacy these days. We can’t even hug, much less smooch, without taking a risk. Not surprisingly, dating and sex are frequent pandemic topics. “Even those coffee dates aren’t a good idea,” a female friend messaged me, noting that masking and distancing “don’t make for much intimacy.” A recent journal article about sexual behavior during the pandemic concluded “nearly half of the sample reported a decline in their sex life.”

What to do? Celibacy is the safest option but not a reasonable one considering the nature of human beings. Still, there are adherents. A friend in his 60s told me in September: “This is the longest I’ve gone without sex since I was about 16. That is no joke.” A profile I saw on a dating app reads: “Available to chat/meet. Covid-19 got me into forced celibacy.”

My own experience on the matchmaking apps reveals many who claim they’re “only chatting now” to plenty who are still “looking.” Curious, I asked one fellow how he chose “safe” partners. “If they have a good job and are well-dressed, I’m more comfortable,” he replied. He then blocked me before I could tell him that his filters are proxies of privilege, which viruses do not respect.

Others have made different adaptations, seeking companionship over intimacy. Braden Toan, another friend in his 60s, changed his dating profile in May to declare sex “off limits.” “That being said,” his updated profile reads, “a six-foot-apart walk in the park or a bike ride with an attractive and interesting man would make my day …. It’s gotta be better than sitting in your apartment waiting for a vaccine.” Mr. Toan now has a boyfriend. “I credit the virus for slowing down the process of dating, causing us to approach with a new set of needs that were more rewarding to satisfy,” he told me recently.

I joined what I call the “celibacy club” during the first week of March. No vaccine. No treatment. Too many unknowns.

Then, three months into the pandemic I felt I needed a “safe-ish” way out of my celibate state. And so early this summer, I agreed to let a friend set me up with a colleague of hers. He lived in another city, making it easier to keep our distance at first. We had video dates but no “sexy ‘Zoom parties’” of the sort recommended by New York’s Health Department. We chatted about our coronavirus exposure (minimal) and both agreed to get tested before we met in person a few weeks later. (We each tested negative.) When we met we had dinner at a restaurant with an outdoor patio, without masks and not six feet apart. After dinner we took a walk, and I could feel that familiar electricity building. Before the evening ended we embraced, then kissed. It had much of the sweetness and excitement — and some of the fear — of being with Bob all those years ago.

Maneuvering through these uncertain times, I’ve thought a lot about Bob, who died in 2015, at age 64. Condoms became lifesavers, allowing us to be intimate. What now — dental dams for kissing?

Because for now, at least, there’s still no vaccine and not much treatment. Intimacy remains woven with fear, kiss by kiss.

Steven Petrow (@stevenpetrow) is the author of the forthcoming “Stupid Things I Won’t Do When I Get Old.” 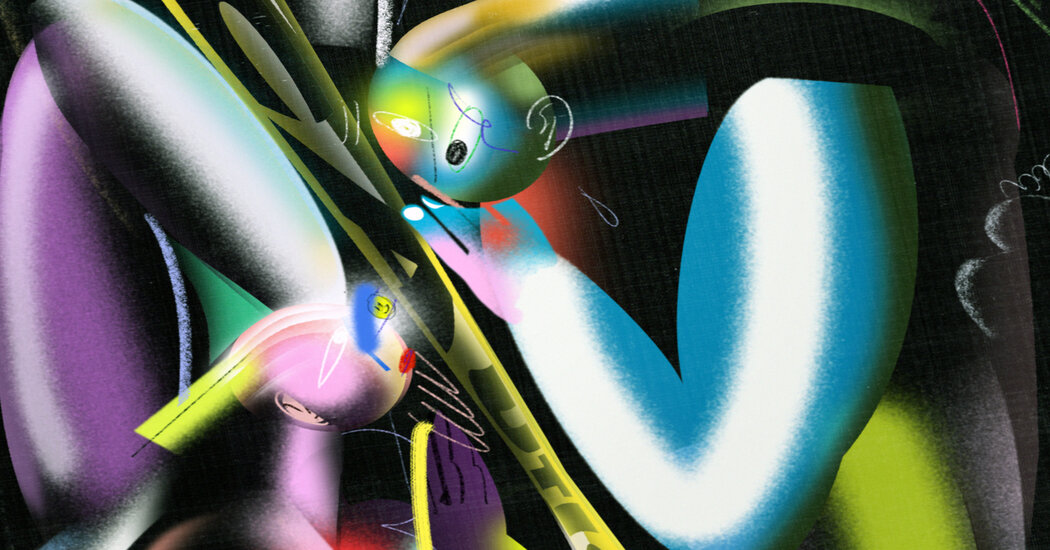