Michael Gove has escalated the government’s war of words with Andy Burnham by accusing the Greater Manchester mayor of risking lives by opting for “press conferences and posturing” rather than agreeing to new coronavirus rules.

In comments set to inflame tensions yet more between ministers and local leaders and MPs, Gove dismissed concerns about the level of economic support offered for Greater Manchester to be moved into the top level of restrictions.

Gove, the Cabinet Office minister, rejected the Labour idea of a so-called circuit breaker temporary national lockdown to reduce Covid infection rates, saying the latest wave of the virus was being spread unevenly around the country.

While he did not mention Burnham by name, Gove was explicit in blaming “the political leadership in Greater Manchester” for an impasse over whether the region should enter tier 3, saying people would die as a result of the delays.

“I want them to put aside for a moment some of the political positioning that they’ve indulged in, and I want them to work with us in order to ensure that we save lives and protect the NHS,” Gove told Sky’s Sophy Ridge on Sunday show.

He added: “Instead of press conferences and posturing, what we need is action to save people’s lives.”

Burnham hit back at Gove’s accusations, saying Greater Manchester was the first English region to accept local restrictions, nearly three months ago, and urging the government to “step back from the war of words” and negotiate a package of nationwide package of financial help for lockdown areas.

He told BBC One’s The Andrew Marr Show: “It’s a very challenging situation. This is all about the health of the people in Greater Manchester. We were the first in the country – myself and the 10 leaders of local authorities here – to accept local restrictions. To those who say we’re playing politics, I would point them to that, which proves that we’re not doing that.”

He added: “A punishing lockdown without support, trapping places in tier 3 all winter, I think will cause real harm to health in the broadest possible sense.”

The Labour mayor is due to talk with Boris Johnson’s chief strategic adviser, Sir Ed Lister, later on Sunday.

Burnham accused Johnson of exaggerating the severity of the coronavirus situation in Greater Manchester, saying the number of patients in local intensive care units was just over a quarter of the April peak, and that infection figures in Manchester itself had fallen in the past few days.

He has written to party leaders calling for them to intervene to try secure a national package of support from the Treasury that includes an 80% furlough for all workers affected, including the self-employed, and a business support package for those disrupted by lockdowns.

Overnight, a group of 20 Tories representing constituencies in areas including Norfolk, Kent and Wiltshire released a joint letter asking Greater Manchester’s leaders to agree to the new restrictions, rather than see their areas included in a national lockdown.

It brought an annoyed response from some colleagues. Christian Wakeford, the Conservative MP for Bury South, tweeted: “Since Thursday we’ve been united in opposing tier 3 in its current form and delivering the best solution for all residents, families and businesses across GM. Interventions from fellow members who don’t understand the situation are neither wanted nor helpful.”

Asked about the letter, Burnham said: “I’m not sure a sort of ‘we’re alright, Jack’ letter from a group of southern Conservative MPs is going to cut much ice here.”

Ministers must now decide whether to impose restrictions on Greater Manchester. Gove declined to say whether this would happen, saying he would rather reach a deal over a move into tier 3, as has happened with local leaders in Liverpool and Lancashire.

He said: “One of the reasons why we’ve been talking to local government, is that we believe a partnership approach is best. We could have imposed measures before now, but we want to reach an agreement.”

But, appearing subsequently on the Marr show, Gove conceded that at some point if there was no agreement, then the restrictions would be imposed from Westminster: “Yes, we’re going to have to look at the position.”

Last week, the Labour leader, Keir Starmer, called for a circuit breaker lockdown, after papers from the government’s Sage committee of scientific advisers showed they had recommended this in September. 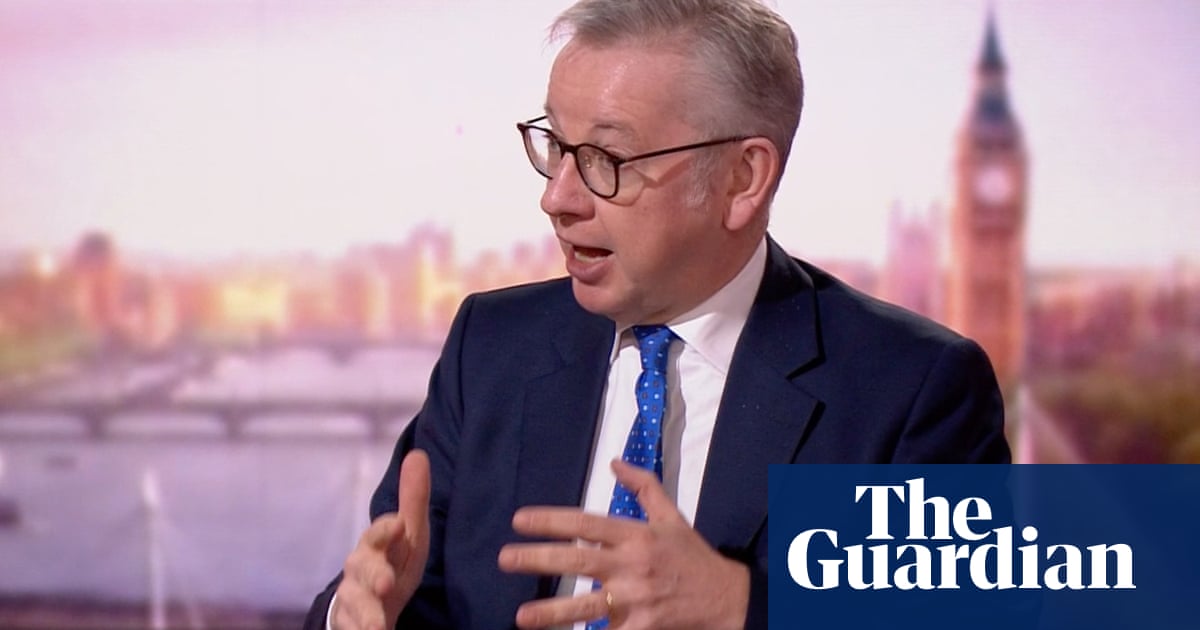