The Lefthand Canyon Drive has grown to about 300 acres and has now prompted evacuations for Ward, Sunshine Canyon and Gold Hill, but aerial firefighting efforts were able to help stop its spread Sunday afternoon.

Ward, along with homes along Spring Gulch Road and on the 13,000 block of Lefthand Canyon, was evacuated shortly after 1 p.m., when a neighbor called in the fire. Altogether, at least 145 homes have been evacuated, according to the Boulder Office of Emergency Management.

Homes north of Ward, Gold Hill and Sunshine Canyon area are now also under mandatory evacuation orders, which can be found at bouldercounty.maps.arcgis.com/apps/webappviewer/index.html?id=13ab214fe2bb4da5a850df0ca0f00fc5.

Boulder County officials said that due to an error with some third-party alert systems such as Amazon’s Alexa, some residents of Boulder and Longmont were told evacuate even though those cities are not in the evacuation area.

The fire was reported shortly before 1 p.m. and was growing because of heavy winds, according to scanner traffic. Crews initially estimated the Lefthand Canyon Fire at five acres, and by about 7 p.m. Boulder County sheriff’s Division Chief Mike Wagner said the fire was estimated to be 312 acres in size.

However, a difference in weather conditions between the two burn areas allowed aerial units that could not operate on the Cal-Wood Fire to divert to the Lefthand Fire, which Wagner said was a large factor in crews being able to keep the fire north of Lefthand Canyon.

At this time, no cause is known and Wagner said it is not known if any structures were lost.

An evacuation point has been set up at Nederland Community Center, 750 Peak to Peak Highway. Large animals can be taken to the Gilpin County Fairgrounds, 230 Norton Drive in Blackhawk.

Several evacuees brought their campers to the Nederland Community Center and planned to spend the night in the parking lot, including Becky Martinek.

Martinek, whose home is in Indian Gulch below Ward, said this is the first time she’s had to evacuate in her 45 years living there — though she did have evacuated friends stay at her house previously during both the Fourmile Fire and the floods.

She planned to spend the night in her camper with her dog, Maybelline, allowing her to check the fire’s progress from a nearby overlook. If she isn’t allowed home Monday, she plans to stay with friends in east Boulder County.

She said she first got notice of the Lefthand Canyon Fire on Facebook, then was told five minutes later by a Forest Service employee to evacuate. The fire started one ridge over from where she lives, she said, adding she was able to pack quickly using the same list she made 10 years ago during the Fourmile Fire.

The fire started as crews in Boulder County were already fighting the Cal-Wood Fire, which has grown to almost 9,000 acres just north of the Lefthand Canyon Fire.

Are you getting your roof ready for winter? Budget Home Supply is your complete source in Longmont for quality roofing…

Getting out for a walk or run is still possible as long as we practice safe social distancing. That means…

What is the miracle behind Miracle Method? It’s the technology that makes countertop and bathtub refinishing more durable, affordable, and…

Why do more families trust Viegut Funeral Home? The answer can be summed up in three simple words: care, competence and… 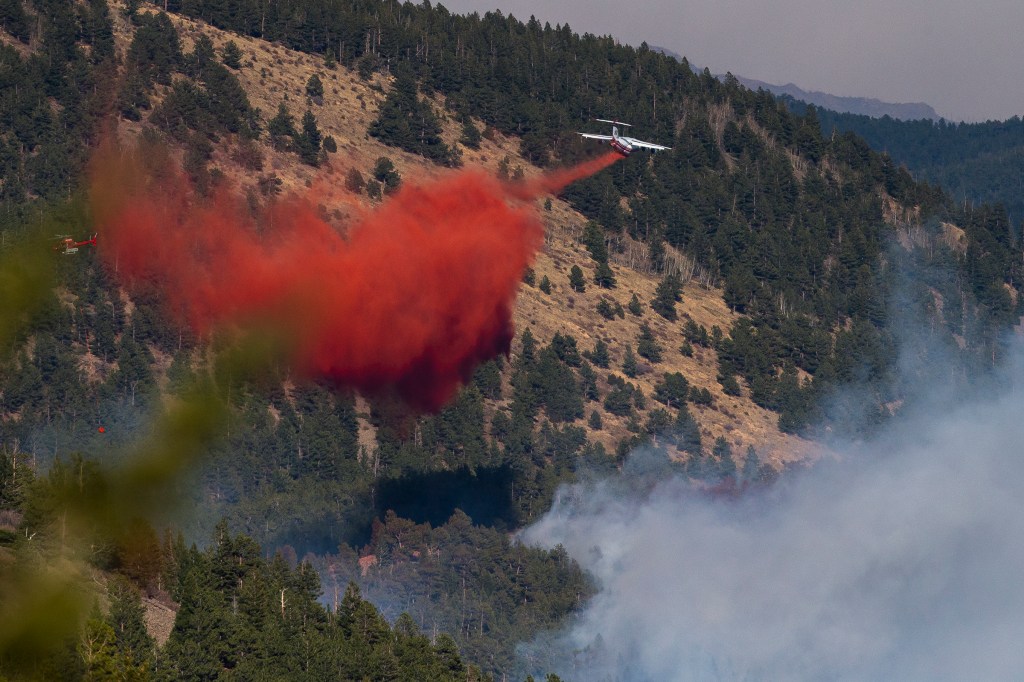