AFTER the nightmare of the Corbyn years, Labour sees a clear path to power – marching triumphantly to 10 Downing Street over the bodies of our coronavirus dead, murdered by those wicked, uncaring Tories.

But it will not wash because Sir Keir Starmer’s new Labour wants it both ways — berating bad Boris for not locking down the entire nation while simultaneously howling that this clueless PM is trashing the economy by locking down too hard.

Even as Starmer suddenly decides to come out for another nationwide lockdown, Manchester’s Labour mayor Andy Burnham proclaims his city will “not accept” going into Tier 3 lockdown until Chancellor Rishi Sunak improves his offer to pay two thirds of wages to businesses that are forced to close.

Lock the country down or keep it open? Labour’s indecision is final!Labour are as two-faced about Covid-19 as they were about Brexit.

Nothing less than a national lockdown is good enough for Labour’s leader, while even a local lockdown is too much for Burnham and other ­Labour mayors.

In London, where infection rates are far lower than the North, London’s Labour mayor Sadiq Khan is salivating at the thought of pulling the plug on the city that is the engine of the British economy.

Whatever Boris does next, ­Labour will accuse him of forcing granny into prostitution and ­cheering with his Old Etonian chums as orphans fight among themselves at food banks.

In its place is coronavirus opportunism, as Labour cravenly seeks to exploit a national emergency for its own political advantage.

The Great Barrington Declaration, devised by scientists from Harvard, Stanford and Oxford universities, advocates “focused protection”, ­taking care of those who are at high risk from coronavirus while letting the rest of the world get on with their lives.

This is the exact opposite of the course being charted by the ­scientists of Sage, who have been whispering their prophesies of doom in the Prime Minister’s shell-like for most of this year.

Why not follow the science of the Great Barrington Declaration? It would mean the end to this purgatory of lockdowns without end.All over Europe, the virus is roaring back. The rise in cases is real. Deaths here are now at more than 100 a day. And the ultimate nightmare remains the same as it was in March — the vision of NHS hospitals overwhelmed by the ­desperately ill and the dying.

But our economy is disintegrating before our eyes and lockdowns don’t kill the virus, they only slow it down. What lockdowns kill are businesses, jobs and social mobility.

Lockdowns kill cancer patients. Will Keir Starmer shoulder his share of the blame for the mountain of human misery caused by lockdowns? Why not?

The vaccine cavalry are not going to ride to our rescue. The idea we could grit our teeth until a vaccine came along was shattered once and for all when Professor Andrew ­Pollard, the head of Oxford University’s vaccine trial team, admitted that the first jabs would not be available until well into 2021 — at the earliest. And the cruel truth is that an effective vaccine may NEVER come along.

The human race simply has to live with some diseases. When unemployment hits four million and rising by spring, will Starmer accept his beloved lockdowns played their part in that never-ending dole queue?

And will London’s Labour mayor Khan take his share of the blame for the mass bankruptcies inflicted because he wanted the capital put in mothballs?

Scotland’s First Minister Nicola Sturgeon backs the Welsh ban on English tourists breezing in from virus hotspots — she must be kicking herself for not doing it first! — and promptly blamed the alarming surge in Scotland’s coronavirus cases because healthy Scots are foolishly visiting diseased-ridden seaside resorts in England.

In a virtuoso display of corona- virus opportunism, Sturgeon singled out Blackpool as “associated with a large and growing number of Covid cases in Scotland”.

When it comes to rising coronavirus cases in Scotland, who else could be to blame but the English?

HOWLS of outrage that Gal Gadot is playing the part of Cleopatra when she is neither Egyptian nor north African.

ANAIS GALLAGHER, daughter of Noel, says that her father will be delighted to see her lounging in a bathtub in her ad campaign for lingerie firm Bluebella.

“I think any father would be happy with this message of their daughter being empowered,” says Anais.

Asking dear old Dad to be actually “happy” when you are lounging in a bathtub reciting cliches about “being empowered” is possibly just a trifle optimistic, Anais.

In his red-faced fury, The Crown’s Prince Charles (Josh O’Connor) strongly resembles Hitler in Downfall (Bruno Ganz), losing his rag as the Russians arrive at the door of his bunker.

I do love The Crown, even if it is about as true to life as Emily In Paris.

It only became the talk of the nation because of Dom’s insufferably smug smirk when he appeared with his wife, Catherine, just to show the world “our marriage is strong”.

Their display of marital bliss looked like a contrite Tory MP who has just been caught with his plus-fours around his ankles.

My wife icily pointed out that the photo of Lily and West on an electric scooter – a young thing in her summer dress flashing thigh while a plump-bottomed fiftysomething bloke clings on for dear life – looked like “a dad having fun with his daughter”. Ouch!

Funnily enough, both my parents quit smoking years before they died, yet both died of smoking-related lung cancer.

LORD Horatio Nelson lost an eye in Corsica, an arm in Tenerife and finally his life in 1805 at the Battle of Trafalgar, dying from a sniper’s bullet on the deck of HMS Victory on the day his navy repelled a French invasion of England.

Yet the National Maritime Museum wants to review Nelson’s “heroic status” because of what they perceive as his “complex” role in slavery. So once again a historic British icon is to be reprimanded for not having exactly the same beliefs as some pimple-faced teen on Twitter in 2020.

Never mind that serious historians can find no evidence that Nelson ever had any links with slavery. All that really matters is that another British hero is denounced.

What is in doubt is the sanity of those who want to constantly spit on this country’s proud and noble history.

THE SNP’s Margaret Ferrier will not face a £10,000 fine or police action for swanning up and down the country while she was infected with coronavirus.

Ferrier gets off because of a technicality – new coronavirus laws kicked in one day after she was coughing across the land.

AS Brexit trade talks teeter on the edge of total collapse, French leader Emmanuel Macron insists French fishermen will not be “sacrificed” to get a deal?

Why not? British fishermen were sold out by Prime Minister Edward Heath when we joined what became the European Union.

NLESS the polls are very wrong, Joe Biden will be the next president of the United States. Slightly worrying.

Biden, 77, said this week that he is proud to be “running for the Senate”.No, Joe – it’s the WHITE HOUSE. 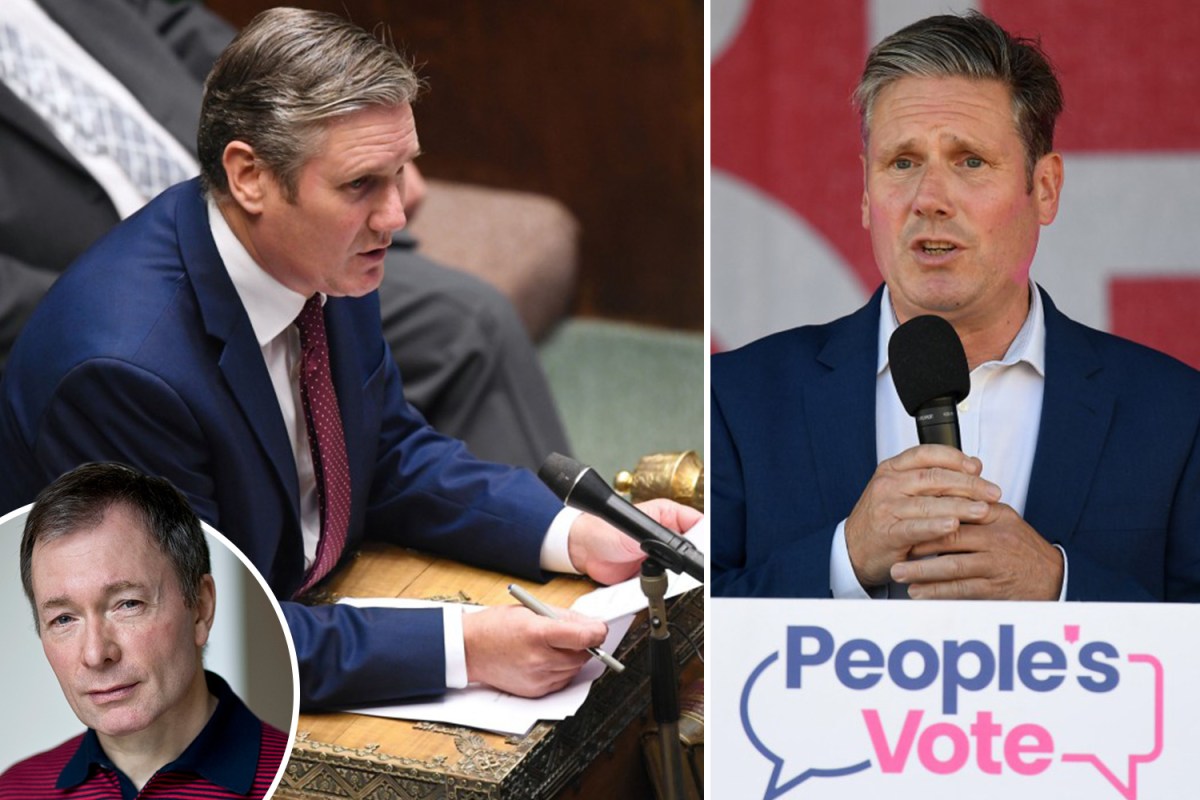