US presidential candidate Joe Biden has weighed into the controversy over the UK’s new Brexit bill, warning of its implications for a future UK-US trade deal.

The Democrat challenger added to concerns among senior US politicians that changes associated with the Internal Market Bill will undermine the Good Friday Agreement.

Mr Biden tweeted: “We can’t allow the Good Friday Agreement that brought peace to Northern Ireland to become a casualty of Brexit.”

We can’t allow the Good Friday Agreement that brought peace to Northern Ireland to become a casualty of Brexit.Any trade deal between the U.S. and U.K. must be contingent upon respect for the Agreement and preventing the return of a hard border. Period. https://t.co/Ecu9jPrcHL

“Any trade deal between the US and UK must be contingent upon respect for the agreement and preventing the return of a hard border. Period.”

The intervention came after an awkward day of diplomacy in Washington DC for the UK’s foreign secretary Dominic Raab.

A UK-US trade deal was prominent in his diary of engagements in the US capital but so was Brexit, international agreements and law-breaking.

“We trust the UK, I am confident they’ll get it right,” said his host Mike Pompeo, the US secretary of state, describing the ‘special relationship’ as “stronger than ever”.

They were welcome words, no doubt, amid the diplomatic warmth of a morning audience in the US State Department. An afternoon chill delivered a contrast.

The UK foreign secretary attended a scheduled meeting with Nancy Pelosi, the Democratic speaker of the House of Representatives, who was already on record as having expressed incredulity at the UK’s actions over Brexit, stating it could rule out a UK-US free trade agreement.

In a statement afterwards, she said: “If the UK violates its international agreements and Brexit undermines the Good Friday accord, there will be absolutely no chance of a US-UK trade agreement passing the Congress.”

It’s clear that America’s political establishment has its own reading of events and has other, influential voices in its ear – not least the Irish lobby in the United States.

In his State Department news conference, Mr Raab insisted the threat to the Good Friday Agreement came from the EU’s “politicisation” of the issue.

In his meeting with Speaker Pelosi, he sought to reassure her that the UK government wouldn’t undermine the Good Friday Agreement and would never erect a hard border in Northern Ireland.

UK officials point out the issue won’t be solved in the United States, but at the table with the European Union.

Their Brexit journey will, however, bring them back across the Atlantic soon enough. How negotiations unfold with the EU will dictate how tough a sell they have in the US.

News – Joe Biden: ‘We can’t allow the Good Friday Agreement to become a casualty of Brexit’ 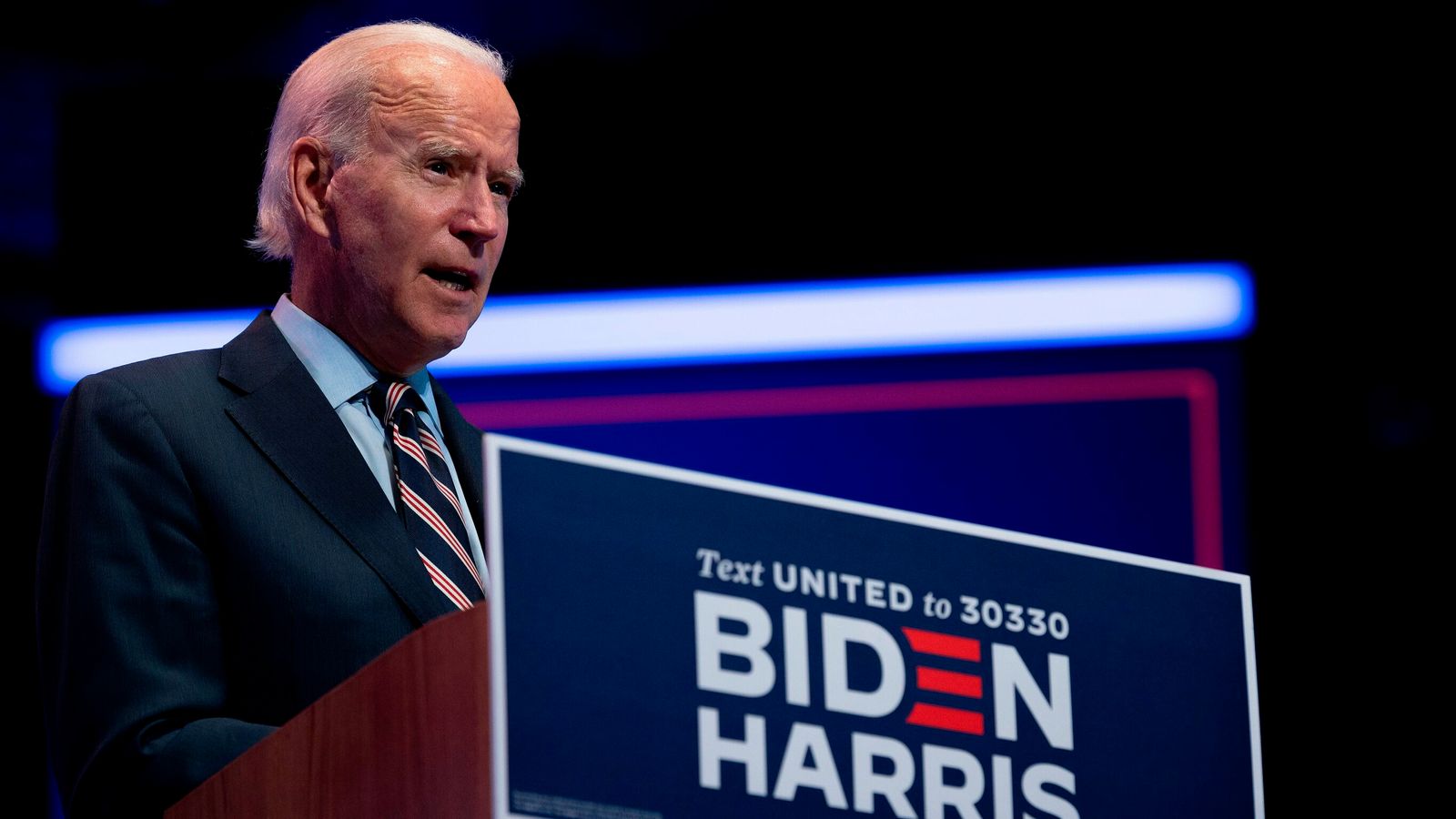