Matthew Jenkins, a sophomore at the university, said he was startled not long after he woke up.

“I just heard a loud bang and I was thrown into my wall,” Jenkins recalled. “My head hit the wall and I thought that something had crashed into the building, so I looked outside and… I saw a big mushroom cloud.”

Just made it to the scene of an explosion that happened early this morning in Harrisonburg. This is now what’a left! City leaders say 5 people were injured but are all in stable condition. @CBS6 pic.twitter.com/mQwm6CfB1r

Fire crews were dispatched around 8:30 a.m. to reports of an explosion along Miller Circle just off South Main Street, according to Harrisonburg officials.

When firefighters arrived, they found smoke and flames coming from several businesses in the strip mall as well as two victims outside of the structure, Harrisonburg Fire Chief Matt Tobia said.

Two people with serious injuries were flown to UVA Medical Center. At last check Saturday evening they were in stable condition, according to city officials.

Parks said it wasn’t immediately clear if those victims were affiliated with one of the center’s businesses.

“They just so happened to be here at the time and they suffered minor injuries, likely from debris,” Parks said.

The university said in a Facebook post that the three students from the school’s Army ROTC program had been taking part in a 10-mile race were they were injured. The building where the blast occurred was about 30 yards (27 meters) from the race’s start and finish line, the school said.

One of the students was hospitalized but was expected to be quickly released, JMU said. Two other students were treated at the scene and released, according to the post.

The strip mall was a “total loss,” according to Parks, and damage was also reported to other structures.

My team and I are closely monitoring the situation in Harrisonburg after a gas explosion this morning. First responders and firefighters are on the scene, and we have deployed state emergency personnel for additional support. Please avoid the area.

Although Gov. Ralph Northam tweeted Saturday morning that state emergency personnel had been deployed to the area after what he called a gas explosion, Tobia said the cause was under investigation.

“So certainly this is unexpected,” Parks said. “And as we seek to find out what was the cause, we hope that people will keep an eye out on things like this take whatever precautions are necessary to make sure that similar situations don’t happen in other places of the city.” 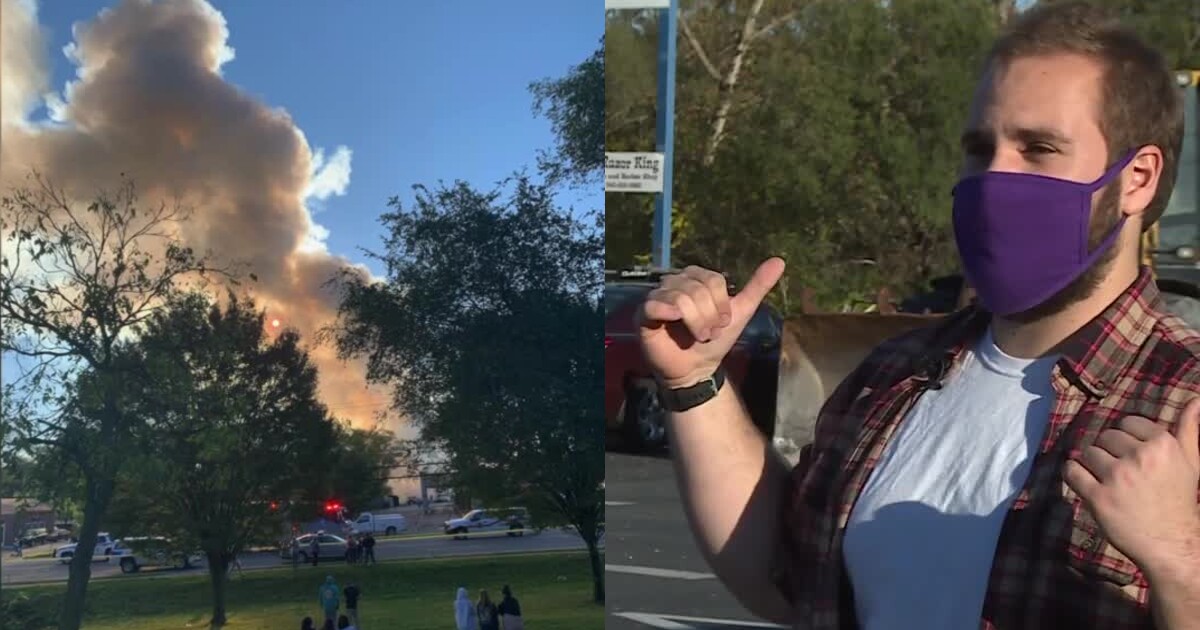