Iranian officials have hailed the lifting of a 13-year UN arms embargo on their military as a momentous day, claiming they were once again free to buy and sell conventional weapons in an effort to strengthen their country’s security.

The embargo was lifted on Sunday morning despite US protests and was in line with the five-year timetable set out in the Iran nuclear deal, which was signed in 2015.

Russia and China are the two countries now most likely to offer arms to Tehran, making Iran less dependent on its own weapons industry – and smuggling.

But Iran’s parlous financial state, and the continued threat of US sanctions on anyone trading with the country, means Tehran is unlikely to go on a short-term buying spree, or reach anything like the defence spending levels of its chief Gulf rivals Saudi Arabia and the United Arab Emirates.

The Iranian foreign ministry said: “As of today, all restrictions on the transfer of arms, related activities and financial services to and from the Islamic Republic of Iran … are all automatically terminated.”

The foreign minister described the day as momentous and put the event in a diplomatic as much as a military context. “Today’s normalisation of Iran’s defence cooperation with the world is a win for the cause of multilateralism and peace and security in our region,” said Javad Zarif.

However, the defence ministry said “unconventional arms, weapons of mass destruction and a buying spree of conventional arms” had no place in the country’s defence doctrine.

The European Union and the UK are to maintain a separate arms embargo on Iran despite the lifting of the UN one.

In the summer, France, Germany and the UK rejected US efforts to impose a snapback of all UN sanctions on Iran, fearing Tehran would pull out altogether from the joint comprehensive plan of action (JCPOA), the official name for the 2015 deal. The three European powers believe the JCPOA is still holding Iran back from becoming a military nuclear power, the deal’s primary purpose.

The JCPOA included clauses that stipulated the lifting of the UN arms embargo five years after being signed on 15 October 2015. The European powers had hoped to negotiate a voluntary 18-month extension of the embargo, but were unable to persuade Russia and China to back the move at the UN security council.

In July 2015, Iran and a six-nation negotiating group reached a landmark agreement known as the Joint Comprehensive Plan of Action that ended a 12-year deadlock over Tehran’s nuclear programme. The deal, struck in Vienna after nearly two years of intensive talks, limited the Iranian programme, to reassure the rest of the world that it cannot develop nuclear weapons, in return for sanctions relief.

At its core, the JCPOA is a straightforward bargain: Iran’s acceptance of strict limits on its nuclear programme in return for an escape from the sanctions that grew up around its economy over a decade prior to the accord. Under the deal, Iran unplugged two-thirds of its centrifuges, shipped out 98% of its enriched uranium and filled its plutonium production reactor with concrete. Tehran also accepted extensive monitoring by the International Atomic Energy Agency (IAEA), which has verified 10 times since the agreement, and as recently as February, that Tehran has complied with its terms. In return, all nuclear-related sanctions were lifted in January 2016, reconnecting Iran to global markets.

The six major powers involved in the nuclear talks with Iran were in a group known as the P5+1: the UN security council’s five permanent members – China, France, Russia, the UK and the US – and Germany. The nuclear deal is also enshrined in a UN security council resolution that incorporated it into international law. The 15 members of the council at the time unanimously endorsed the agreement.

On 8 May 2018, US president Donald Trump pulled his country out of the deal. Iran announced its partial withdrawal from the nuclear deal a year later.

The three European powers will now rely on an EU embargo, which was first introduced in 2007, and is set to continue until 2023. The embargo covers conventional weapons and missile technology.

But the US claims that by rejecting the reimposition of all UN sanctions, the EU has enabled the arming of Iranian terrorists. In a sign of the strain being placed on transatlantic relations, the US secretary of state, Mike Pompeo, said in June that the European powers were putting the capitals of Europe in the cross hairs of Tehran.

In theory Iran will now be free to purchase tanks, armoured combat vehicles and high-calibre artillery systems, warplanes and naval vessels without the need for further UN approval.

Iran has always been free to purchase purely defensive weapons, including, if it wished, the Russian-made S-400 air defence system. There are signs that Russia is anxious not only about sharing sensitive defence technology with Iran, but angering other Middle East customers such as the UAE.

Iran’s defence spending last year was about $18.4bn (£14.2bn), roughly 3.5% of the country’s GDP, although the precise value is contested. However, the Iranian economy has been hit recently by both Covid-19 and pressure from Washington on Tehran and those who seek to trade with Iran. The bulk of the defence spending is by the Revolutionary Guards, and Iran’s core military strength derives from a mix of proxy militias, cyber warfare, ballistic missiles and a large defensive army.

Defence experts predict that instead of buying large numbers of tanks or prohibitively expensive fighter jets, Iran is more likely to purchase small numbers of advanced weapons systems and attempt to transfer the technology domestically.

In 2019, Saudi Arabia spent almost $80bn on defence, the same as Iran spent over the previous four years combined, according to the London-based International Institute for Strategic Studies. 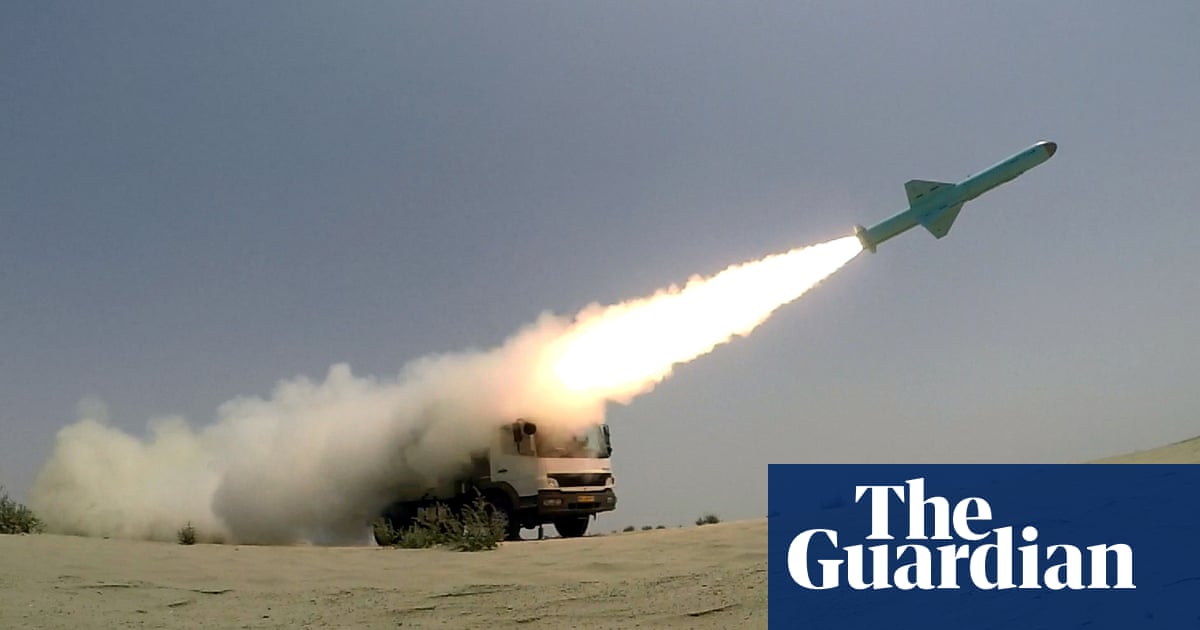