Hurricane Sally is moving toward the Gulf Coast, threatening to bring possible historic flooding and “extreme life-threatening” flash flooding, according to forecasters.

The eye of the storm is expected to pass near the coast of southeastern Louisiana on Tuesday before making landfall Tuesday night or Wednesday morning in the hurricane warning area, which stretches from east of the mouth of the Pearl River to Navarre, Florida.

As of Tuesday morning, the storm was located about 65 miles east of the mouth of the Mississippi River and about 105 miles south-southeast of Biloxi, Mississippi. Maximum sustained winds were 85 mph, with stronger gusts. It was moving northwest at 2 mph.

Sandy Stimpson, the mayor of Mobile, Alabama, is urging people to take precautions as winds and rain hit the area.

We are watching Hurricane Sally. As the wind and rain persist, take precautions and stay safe. We will have a briefing at 10 am. pic.twitter.com/oN9P9Vtp42

Police in Baldwin County’s Orange Beach urged people not to be on the roads if they don’t need to be.

“The road conditions are worsening in Orange Beach and they are expected to get even worse as the rain continues throughout the day,” the police department said Tuesday morning on Facebook.

Sandbags will be available for residents of Jackson, Mississippi, Tuesday starting at 9 a.m. local time, according to the city. They can be picked up until 5 p.m. at 4225 Michael Avalon Street.

Shelter resources are expected to be announced once more is known about the storm’s impact and trajectory, according to CBS Jackson affiliate WJTV.

As Hurricane Sally projects to make landfall tonight, the City of Jackson is preparing for possible flooding and shelter for those who may be displaced by the storm. Pick up sandbags tomorrow, September 15th from 9 AM – 5 PM at 4225 Michael Avalon St. Please stay safe!

Forecasters expect 10-20 inches of rain to fall in some areas along the Gulf Coast, with 30 inches in isolated areas, according to the National Hurricane Center.

The following warnings and watches are in effect as of early Tuesday morning, according to the National Hurricane Center.

President Donald Trump has issued emergency declarations for parts of Louisiana, Mississippi and Alabama. He said in a tweet overnight that he is closely monitoring “extremely dangerous” Hurricane Sally, and urged people to listen to local officials.

“We are fully engaged with State & Local Leaders to assist the great people of Alabama, Louisiana, and Mississippi,” he said. “Be ready and listen to State and Local Leaders!”

My team and I are closely monitoring extremely dangerous Hurricane Sally. We are fully engaged with State & Local Leaders to assist the great people of Alabama, Louisiana, and Mississippi. Be ready and listen to State and Local Leaders! @GovernorKayIvey @LouisianaGov @TateReeves

A senior specialist with the National Hurricane Center said Tuesday that people should continue to take the storm seriously since “devastating” rainfall is expected in large areas. People could drown in the flooding, said Stacy Stewart.

“This is going to be historic flooding along with the historic rainfall,” Stewart said. “If people live near rivers, small streams and creeks, they need to evacuate and go somewhere else.”

Forecasters stressed “significant” uncertainty as to where the storm’s eye would make landfall. But they kept nudging the predicted track eastward, easing fears in New Orleans, which was once in Sally’s crosshairs. 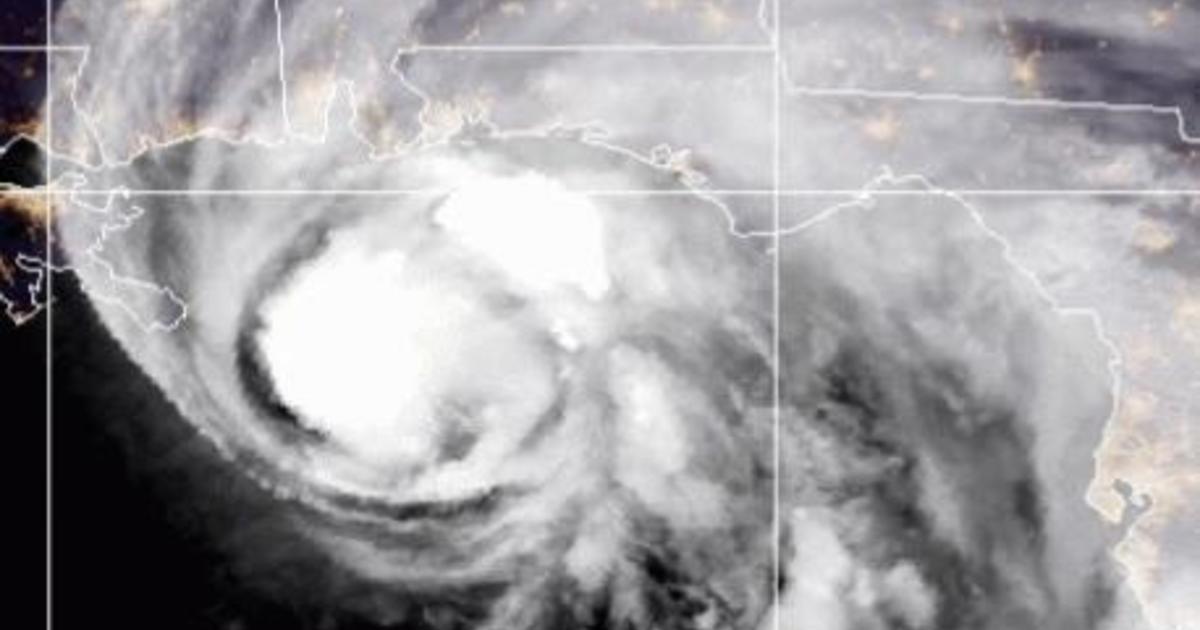