The Florida Department of Law Enforcement executed a search warrant at Jones’ Tallahassee home on Monday.

Jones, who was fired for unauthorized public comments about the state’s COVID-19 dashboard in May, has been under investigation since early November when someone illegally accessed Florida’s emergency alert health system.

During a mental health roundtable in Tampa on Friday, a reporter asked DeSantis about the Jones investigation.

“It’s not a raid!” DeSantis fired back. “I’m not gonna let you get away with it. These people did their jobs. They’ve been smeared as the Gestapo for doing their jobs.”

“What were they supposed to do? Just ignore it? Of course not,” DeSantis said. “It was not a raid. They were serving valid process in accordance with the laws and the Constitution of the United States and the state of Florida. They did it with integrity. They did it with honor. And to say it was a raid is disinformation.”

The FDLE said someone accessed the system last month, sending an unauthorized message to more than 1,700 state employees, urging them to speak out.

“I don’t know the first thing about computers,” Jones said. “If something is wrong with your computer, I’m liable to make it worse. Being a statistician doesn’t mean you know how to program computers. It means you know how to analyze information.”

“She was fired because she wasn’t doing a good job,” DeSantis said on Friday. “Obviously she’s got issues.” 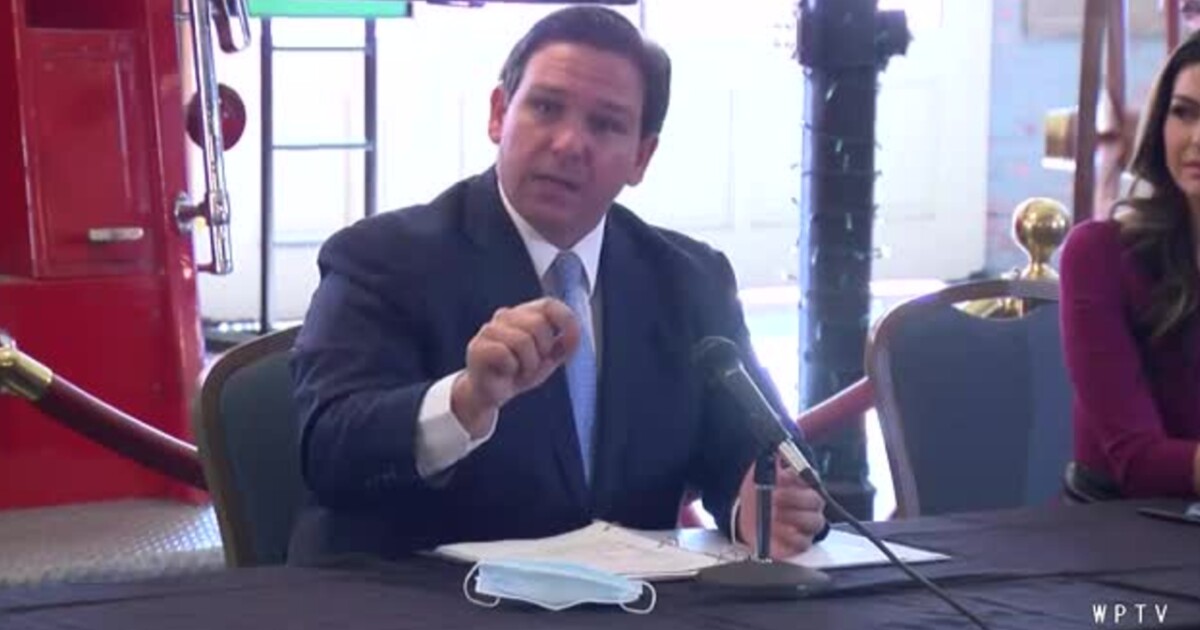