Swedish MEP Peter Lundgren warned Sweden and other EU member states could soon join Britain outside of the Brussels bloc as he lashed out at European Commission President Ursula von der Leyen at the State of the Union address. Speaking in the European Parliament, Mr Lundgren warned Swedish citizens wonder why they must continue to pay huge sums of money to the Brussels bloc whilst receiving no benefits in return.

He blasted: “I wonder as a Swedish citizen standing here today, why should we join in and pay for all of this?

“Why should Sweden borrow money and lend money to other EU countries without getting anything in return?

“It’s a version of the truth, because we certainly get the debts that we will have to pass to our children and our grandchildren for many years.

“We can’t cope. You have just as many problems as Sweden does and the longer you insist with this United States of Europe there will be more and more referendums going against being members of this club.”

The head of the European Commission said on Wednesday the chances of reaching a trade deal with Britain were fading by the day as the British government pushes ahead with moves that would breach their divorce treaty.

The British Government unveiled draft legislation last week which it acknowledges would violate its international legal obligations and undercut parts of the divorce deal it signed before Britain formally left the European Union in January.

Brussels wants Prime Minister Boris Johnson to scrap what is known as the Internal Market bill, saying it could sink talks on future trade arrangements before Britain leaves the EU’s single market, which it has remained part of during a status quo transition period that expires at the end of this year.

“With every day that passes, the chances of a timely agreement do start to fade,” said Ursula von der Leyen, President of the European Commission, the EU executive.

In a speech to the European Parliament, she said the divorce agreement “cannot be unilaterally changed, disregarded or dis-applied”.

“This is a matter of law, trust and good faith … Trust is the foundation of any strong partnership,” she said.

The British pound, which moves in line with perceptions of either a chaotic or orderly Brexit, held within striking distance of a two-month low on Wednesday.

The EU fears a disorderly Brexit if the terms of the trade relationship are not agreed, and former British prime ministers have said breaking the law is a step too far that undermines the country’s image.

Johnson said it was essential to counter “absurd” threats from Brussels including that London be required to put up trade barriers between Britain and its province of Northern Ireland and that the EU would impose a food blockade. Such steps, he said, would threaten the unity of the United Kingdom.

The Internal Market bill is being debated by British parliament, where Johnson faces opposition by some members of his governing Conservative Party.

Justice Secretary Robert Buckland said the government sees a ‘way through’ the parliamentary maze, and Johnson has been talking to the party rebels.

Buckland said there had been talks with Bob Neill, a Conservative lawmaker who has proposed amending the bill to ensure that any attempt to use the clauses that breach the Brexit divorce agreement receive prior approval from parliament.

Britain’s Northern Ireland minister Brandon Lewis told parliament he stood by remarks he made last week that the bill would “break international law in a very specific and limited way”.

EU diplomatic sources told Reuters that if the bill was passed in its current form, Brussels felt it could not deal with London. 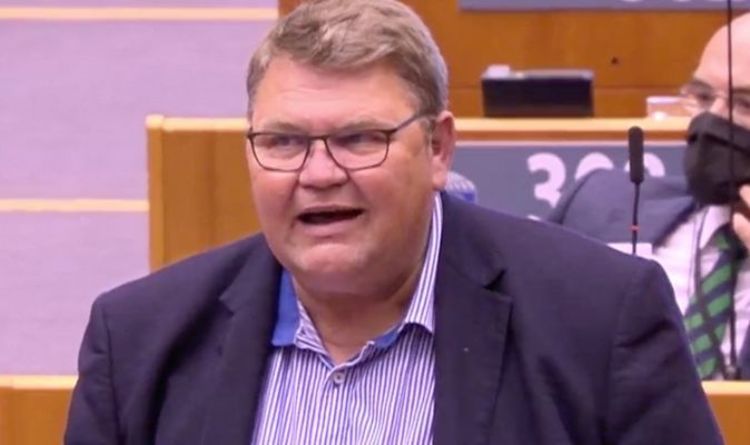