The foreign secretary, Dominic Raab, is travelling to Washington for talks with senior US officials and senior Democrats, where he is expected to be pressed by pro-Irish legislators to explain whether the UK is intending to break international law and undermine the Good Friday agreement.

The Irish ambassador to the US, Daniel Mulhall, has been lobbying in Washington, warning that the UK’s latest row with the EU may yet lead to the re-emergence of a hard border on the island of Ireland.

With the US presidential elections less than 50 days away, and the Democrat candidate, Joe Biden, still the favourite to win, according to polls, Raab will be eager to reassure members of the Senate and the House of Representatives about the UK’s plans to revise the EU withdrawal agreement.

The pro-Irish lobby in Washington rivals that of the UK, and the Democrats, who tend to be Brexit sceptics, want to see the dispute settled without threats, real or imagined, to peace in Northern Ireland.

The House speaker, Nancy Pelosi, warned last week that there would be absolutely no chance of a US-UK trade deal passing Congress if Britain violated its international agreements and Brexit undermined the Belfast accords. Any such trade deal needs two-thirds support of the Senate, and so requires substantial support from Democrat senators.

A key target of UK lobbying is also likely to be Richard Neal, the chairman of the ways and means committee, which oversees trade agreements. In a statement last week he pointed out that the US was a guarantor of the Good Friday agreement.

“I urge both sides to uphold the terms of this joint agreement, particularly with respect to the treatment of Northern Ireland, in accordance with international law,” Neal said. “The UK’s departure from the EU at the end of this year and any US-UK trade agreement must preserve the Good Friday agreement, which has maintained peace and prosperity for British and European peoples since 1998.

“I sincerely hope the British government upholds the rule of law and delivers on the commitments it made during Brexit negotiations, particularly in regard to the Irish border protocols.”

“As the UK and EU work out their relationship, any arrangements must protect the Good Friday agreement and prevent the return of a hard border.”

Biden has Irish roots and will look askance at anything that brings the threat of a hard border closer.

A set-piece speech at the Atlantic Council thinktank on Thursday may be Raab’s single biggest public chance to explain UK government thinking on Ireland, as well as Iran. The UK is at loggerheads with the Trump administration on the US claim that it has the right to impose UN snapback sanctions on Iran.

The UK also questions the practical impact if the US unilaterally declares it has the right to order UN member states to reimpose the sanctions lifted in 2015. The US already has punitive secondary sanctions against Iran.

Like the US, the UK would like the UN embargo on conventional arms sales to Iran to be extended, but cannot see a way in which the Russia and China would not use their security council veto to block such a move.

Raab on his trip will also be seeking an update on the civil lawsuit being filed by the parents of Harry Dunn in Virginia against Ann Sacoolas, who was charged with causing death by dangerous driving after a crash last year in Northamptonshire that resulted in the 19-year-old’s death.

The US has refused a UK government request for the extradition of Sacoolas, the wife of a CIA operative. The UK is not expecting the US administration to change its position on extradition, but is sympathetic to the case. 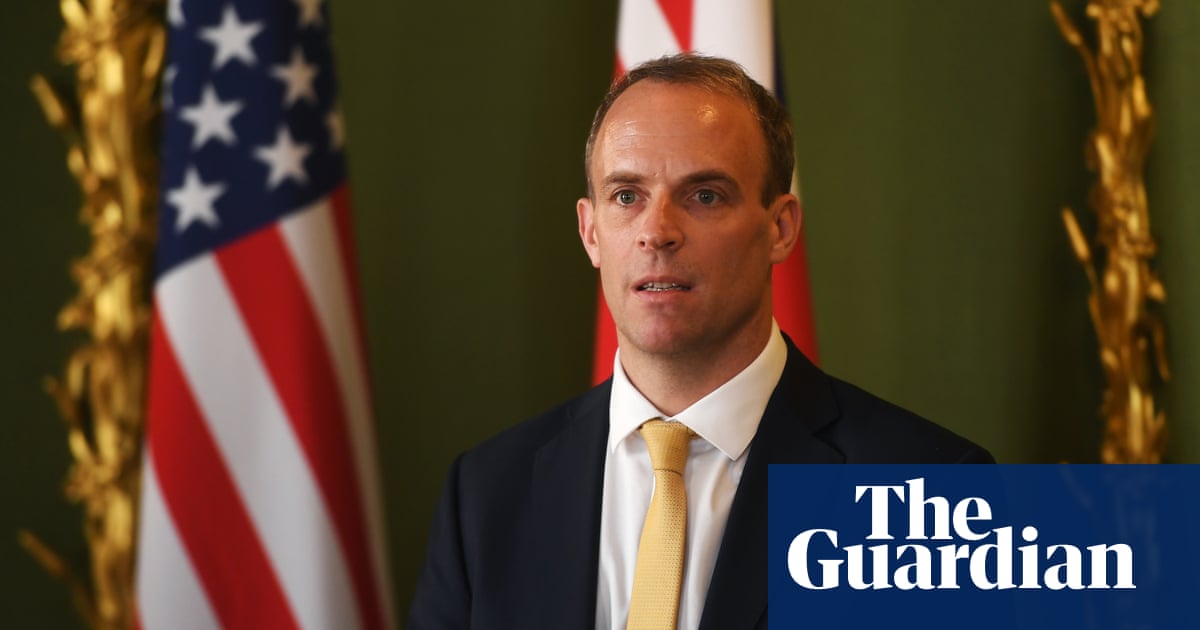