Want to bookmark your favourite articles and stories to read or reference later? Start your Independent Premium subscription today.

The shortage of coronavirus test slots hitting outbreak hotspots across the UK is expected to last for weeks, the health secretary has admitted.

Matt Hancock was responding to an urgent question in parliament on Tuesday, amid reports people are being told to travel to the other side of the country to get checked, or that no test is available at all.

When Jeremy Hunt, the chair of the Health and Social Care Committee, asked whether the secretary of state was still confident that the problem could be solved next week, Mr Hancock replied: “I think we will be able to solve this problem in a matter of weeks … we are managing to deliver record capacity, but as he well knows demand is also high.”

Mr Hancock suggested that rationing might need to be reintroduced, telling MPs that the testing programme was “having to prioritise once again”.

His admission of a problem came as health leaders warned the test shortages were affecting the NHS with frontline staff forced to stay away from work because they couldn’t get tested. There were also reports of patients facing delays because they could not get access to the testing needed before treatment.

The Independent has received a number of examples from nurses and doctors who have been told to self-isolate at home. In one case a doctor was told the nearest slot available for a test was more than 200 miles away.

Layla McCay, a director at the NHS Confederation (which represents 500 healthcare organisations), said: “We are significantly concerned that some people with symptoms of Covid-19, including healthcare workers and their families, are having difficulty in accessing tests due to insufficient laboratory capacity.

“We need to see concrete evidence that the promised further increases in testing capacity and faster testing are achievable, and we also need immediate action to prioritise testing for key workers.”

In the Commons, MP after MP complained that people in their local area had been unable to get tested. Sarah Owen, MP for Luton North, said: “We’ve heard case after case of failure when it comes to testing.

“I’ve heard from parents, teachers, a vicar in Luton North all saying there are no walk-in tests, no drive-through tests, and no home kits available when they need it. The secretary of state talks about capacity but what we need to see is access to testing. Capacity is nothing without access to testing.”

The backlog is thought to have been caused by a shortage of laboratory processing capacity for tests, which authorities say has created a “critical pinch-point” in the system. The failure has seen tests sent abroad to be processed, despite claims from the government that its system would be “world-beating”.

In mid-August, Mr Hancock promised “mass testing, population-wide testing” would come to the UK, but offered no timeframe.

Despite previously encouraging more people to get tested and blaming the public for not coming forward, the government has now switched to warning people not to get a test unless they have a good reason. Mr Hancock said last week the recent increase in demand was driven by people who “aren’t eligible”.

Jonathan Ashworth, Labour’s shadow health secretary, told MPs: “There are no tests available in Covid hotspots including Rochdale, Pendle, and Bradford. Over the weekend in Bolton, where infections are highest in the country, a mobile testing centre failed to turn up. Meanwhile in Bury hundreds queued for five hours for a test. In Walsall, a father with his sick child travelled 76 miles to an appointment in Wales only to find on arrival that tests have run out.

“Increasing numbers of teachers and pupils are not in school; in hospitals, operations are cancelled while NHS staff are stuck in limbo waiting for tests, and he blames increased demand. But when tracing fails to reach 80 per cent of contacts, when less than 20 per cent of those with symptoms self-isolate properly and there is a lack of financial security, infections rise. When schools reopen and people return to workplaces and social distancing becomes harder, infections rise.

An eerie emptiness enveloped the sacred Kaaba in Mecca’s Grand Mosque, Islam’s holiest site, where attendance at Friday prayers was hit by measures to protect against coronavirus

An empty street in Wuhan. Hubei will relax travel restrictions to allow healthy people to move within the hard-hit province

The Legend Siam theme park, usually attracts up to 20,000, mainly Chinese customers, a day in the high season, is temporarily closed due to the lack of visitors during the coronavirus outbreak

Aerial photo shows the Covid-19 isolation and monitoring site, where the first patient Joey Camp is being isolated at Hard Labor Creek State Park, about 50 miles east of Atlanta

An aerial view of empty Tirana’s outer ring. Albania has stepped up measures to contain the spread of Covid-19 caused by the novel coronavirus and banned circulation of all cars (except ambulances and supplies) for 3 days and urged people to stay home as the number of infected people increased to 33

An empty cafe during a curfew imposed by Iraqi Kurdish authorities, following the outbreak of coronavirus, near the castle in the old city of Erbil

An aerial view of Jagiellonian University’s new campus during the 2 weeks closure of universities, schools, museums and other public facilities in Krakow

An aerial view taken with a drone showing the yard of an empty school at Nafplio, Peloponnese

Rome’s office district EUR, at what would have otherwise been rush hour, virtually empty after a government decree has limited circulation

“Extra demand on the system was inevitable, so why didn’t he use the summer to significantly expand NHS lab capacity and fix contract tracing?”

Mr Hancock replied that the “good news” was that “capacity for testing is at a record high”. He said 9,278 tests were processed on Monday in the top 10 local authority areas for infections.

“Record numbers of people are able to get tests. I don’t deny that it is an enormous challenge and when you have a free service, it’s inevitable that demand rises. The challenge is to make sure that we prioritise the tests we have as a nation … the backlog is actually falling and is less than one day’s test processing capacity,” he said.

The problem with testing capacity came as the UK reported another 3,105 confirmed cases of coronavirus on Tuesday with a further 27 deaths.

Independent Premium Comments can be posted by members of our membership scheme, Independent Premium. It allows our most engaged readers to debate the big issues, share their own experiences, discuss real-world solutions, and more. Our journalists will try to respond by joining the threads when they can to create a true meeting of independent Premium. The most insightful comments on all subjects will be published daily in dedicated articles. You can also choose to be emailed when someone replies to your comment.

The existing Open Comments threads will continue to exist for those who do not subscribe to Independent Premium. Due to the sheer scale of this comment community, we are not able to give each post the same level of attention, but we have preserved this area in the interests of open debate. Please continue to respect all commenters and create constructive debates. 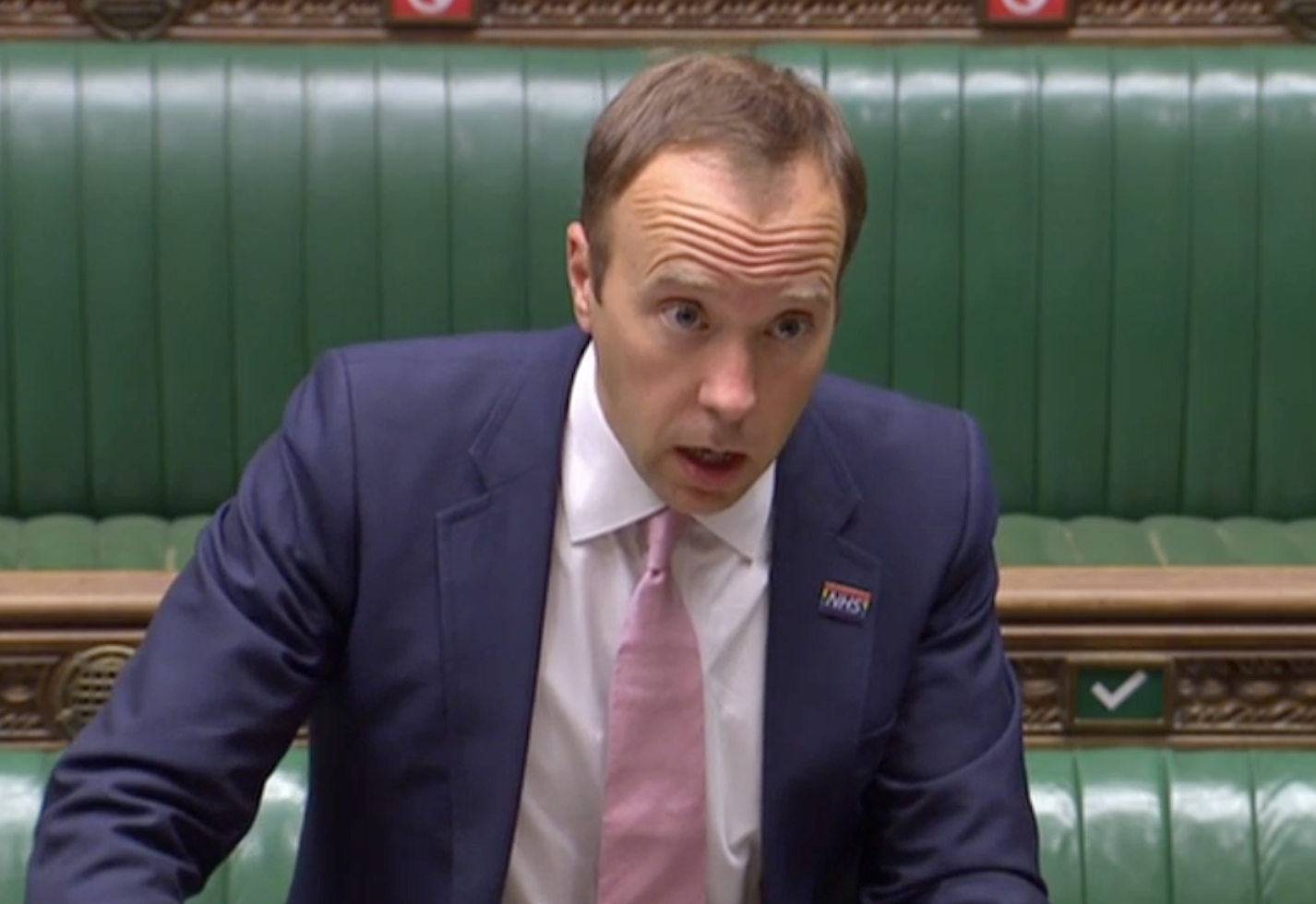