People in Scotland have been banned from visiting other households indoors, in tough new restrictions that go further than those announced for England.

“We intend, as Northern Ireland did yesterday, to also introduce nationwide additional restrictions on household gatherings, similar to those already in place in the west of Scotland,” she said.

The first minister said data suggested the measure had reduced the spread of the virus in the west of Scotland and that extending it to the rest of the country would hopefully reduce transmission.

The changes only impact meeting in people’s homes, with regulations for outdoor and public indoor meetings remaining the same.

Those living alone will be able to form extended households, while couples not living together, those who need childcare and tradespeople will be exempt from the measures.

However, the First Minister announced children under 12 would be exempt from the limit of six people from two households when meeting outside, and that those between 12 and 18 would be able to meet a limit of six others from six households outdoors.

Addressing teenagers specifically, the First Minister said: “I know how miserable this is for you and you have been so patient.

“We are trying to give you as much flexibility as we can. In return, please work with us and do your best to stick to the rules, for everyone’s sake.”

However, Ms Sturgeon said other restrictions would be unavoidable if rules on face masks and social distancing were not followed.

Ms Sturgeon added that she wanted to keep schools and businesses open as much as possible and would review all restrictions every three weeks.

It comes just hours after Boris Johnson announced further restrictions to combat the rise in coronavirus cases in England.

He also said fines for failing to wear a face mask would rise to £200 and would be extended to customers when they are not seated at a table. 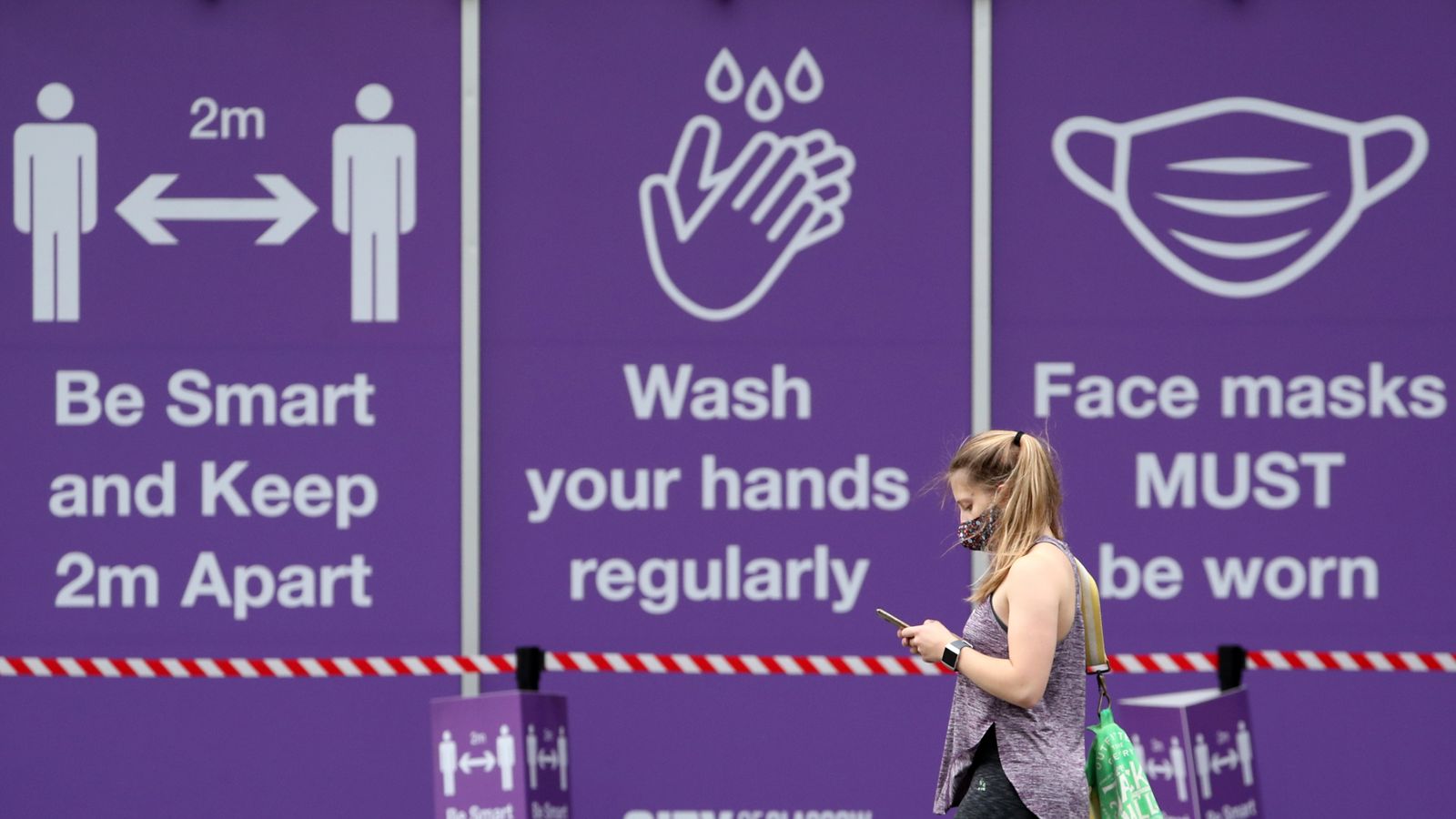