The Department of Health and Social Care has said information will be shared with police on a ‘case-by-case’ basis.

Police are being granted access to the details of people told to self-isolate by the government’s Test and Trace scheme, Sky News has learnt.

The Department of Health and Social Care (DHSC) confirmed it had “agreed a memorandum of understanding with the National Police Chiefs Council (NPCC)” to provide forces with the information on a “case-by-case basis”.

In a statement, a spokesman told Sky News: “It is a legal requirement for people who have tested positive for COVID-19 and their close contacts to self-isolate when formally notified to do so.

“The DHSC has agreed a memorandum of understanding with the NPCC to enable police forces to have access on a case-by-case basis to information that enables them to know if a specific individual has been notified to self-isolate.

“The memorandum of understanding ensures that information is shared with appropriate safeguards and in accordance with the law. No testing or health data is shared in this process.”

Anyone who receives a positive result for COVID-19 is currently required to isolate for 10 days after displaying symptoms – or 10 days after receiving their result if asymptomatic.

Failure to comply with these legal requirements can lead to a fine starting at £1,000 for first offences, which can scale up to £10,000 for repeat offences and serious breaches of the law.

The latest news on access to data comes after DHSC updated its guidance on Friday about how details would be dealt with.

In information posted online, the department said names, addresses and contact details of people who don’t self-isolate “without reasonable justification” could be passed onto a local authority, before going to police.

It added: “This may lead to enforcement action being taken against you, which could include you being fined.”

“A police force may request information relating to positive COVID-19 tests from the NHS Test & Trace programme directly, where they are investigating a report of someone who may not be complying with the mandatory self-isolation period.”

Recent figures have revealed the contact tracing system is currently reaching its lowest percentage of people since its launch in May – which has led to concerns about its reliability amid a mounting outbreak.

The figures, which were taken in the seven days leading up to 7 October, showed that Test and Trace managed to reach 62.6% of close contacts of people who received a positive test result in England.

Adding to this, the Health Service Journal (HSJ) reported on Saturday that the office of England’s chief medical officer Chris Whitty was now concerned that police access to data could deter people from getting tested altogether.

An NPCC spokesperson insisted in a statement that policing would continue to “play it’s part” in helping to limit outbreaks.

The spokesperson said: “We will continue to encourage voluntary compliance but will enforce regulations and issue FPNs (fixed penalty notices) where appropriate and necessary.

“Officers will engage with individuals to establish their circumstances, using their discretion wherever it is reasonable to do so.”

News – Coronavirus: Police granted access to details of people told to self-isolate by Test and Trace 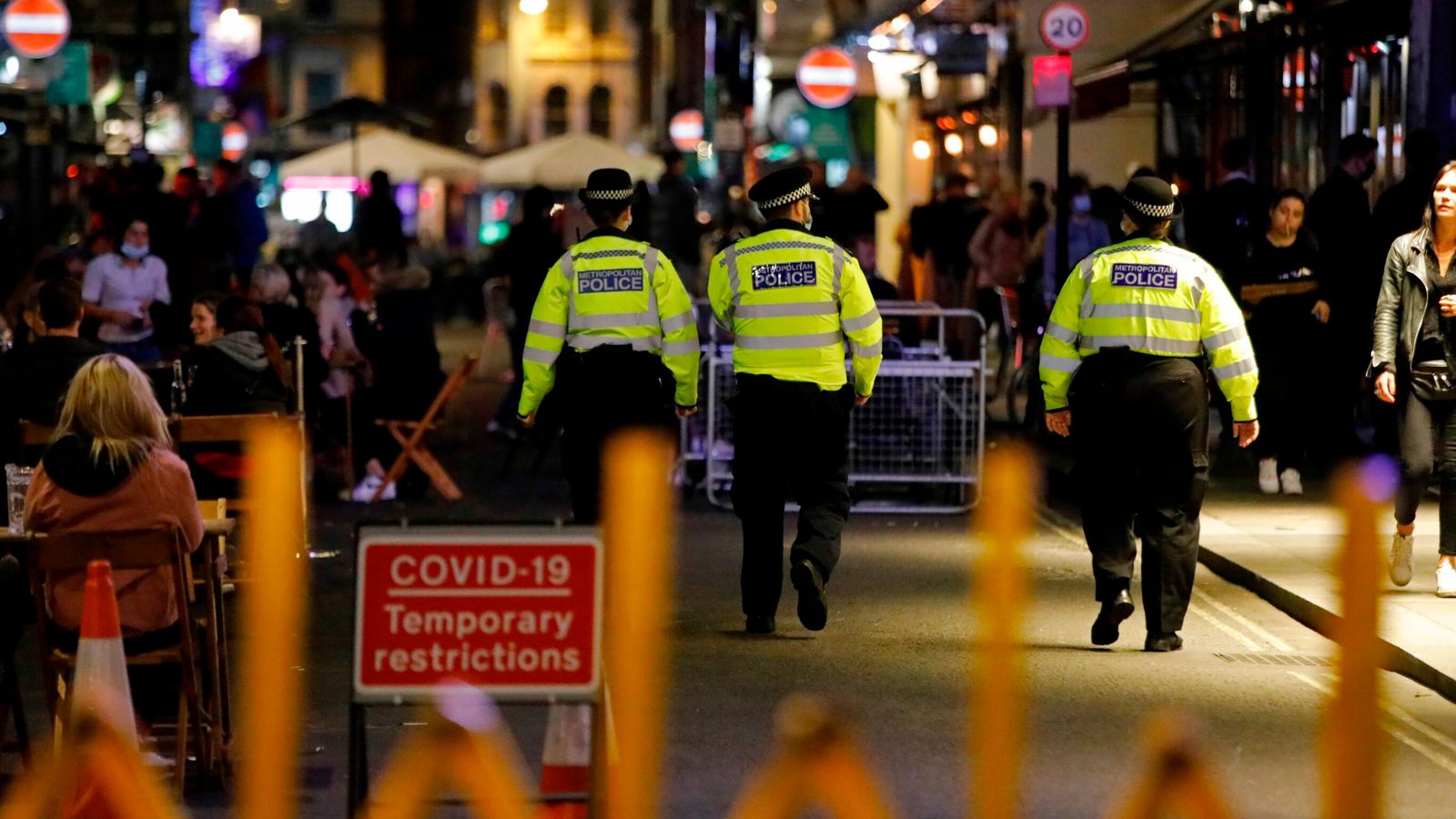