Groups of pupils should only be sent home if there has been a positive test,
rather than someone just developing symptoms, the prime minister has said.

Boris Johnson said it was important for teachers and parents to examine the Public Health England guidance about testing.

Speaking to MPs on the Liaison Committee, he reiterated government policy when he said: “The reasons for sending such a class home, or a bubble home, would be if somebody tests positive.”

It comes as a teaching union leader warned that schools are struggling to cope with a lack of COVID-19 tests for pupils and staff as the situation is becoming “increasingly out of control”.

Dr Patrick Roach, general secretary of the NASUWT teaching union, has called on the government to prioritise the education sector for the allocation of tests in light of widespread challenges.

And the Association of School and College Leaders (ASCL) said it has received 264 responses from schools and colleges in recent days where leaders have said they have symptomatic staff and/or pupils who were struggling to access tests.

Mr Johnson admitted overall demand for tests in England has “massively accelerated” in the last two weeks, and he was aiming for daily coronavirus testing capacity to reach 500,000 by the end of October.

The PM also told MPs that the government will “very shortly” be setting out “the priority of the groups that we think should have tests”.

He added: “In schools, it’s very important that parents and teachers should look at the guidance about when you should get a test.”

Justice Secretary Robert Buckland has told Sky News’ Kay Burley that schoolchildren and their parents could be prioritised for coronavirus tests – after hospitals and care homes – as the government deals with “real challenges” in the system.

The government has come under growing pressure over a lack of availability of tests in some areas – blamed on problems with laboratory capacity – and admitted it could take a “matter of weeks” to solve the issues.

Currently anyone who displays coronavirus symptoms can get an NHS test, as well as those who have been asked to get a test by a hospital or local council.

Asked about targets to get tests to 10 million per day under the government’s UK-wide Moonshot programme, Mr Johnson said: “I don’t recognise the figure that you have just given.

“But what I can tell you is that… there is an opportunity to do something that is wholly separate from the expansion of NHS Test and Trace, and that’s to see if we can get to a world in which there is a test and release system, as it were.”

The UK has recorded 20 more deaths of people with confirmed cases of COVID-19, according to government figures.

There were 3,991 new daily confirmed cases of coronavirus, compared with 3,105 on Tuesday, the figures show.

Meanwhile, hours of operation at the most-used COVID-19 community test site in Lancashire are being reduced with immediate effect.

The facility in Burnley town centre opposite the bus station – with no booking required – was open seven days a week from 10am to 3pm but will now be closed on Thursdays and Fridays.

And the South Tees Hospitals NHS Foundation Trust, which runs hospitals in the Middlesbrough area, said it has had young people turn up hoping to get a test.

In a statement, Julie Suckling, service manager for emergency medicine, said: “We have seen an increase in children and young people attending our A&E asking for a coronavirus test. Anyone requiring a test should follow the guidance on the government website.”

News – Coronavirus: Children should stay at school until there is a positive test in their bubble, PM says 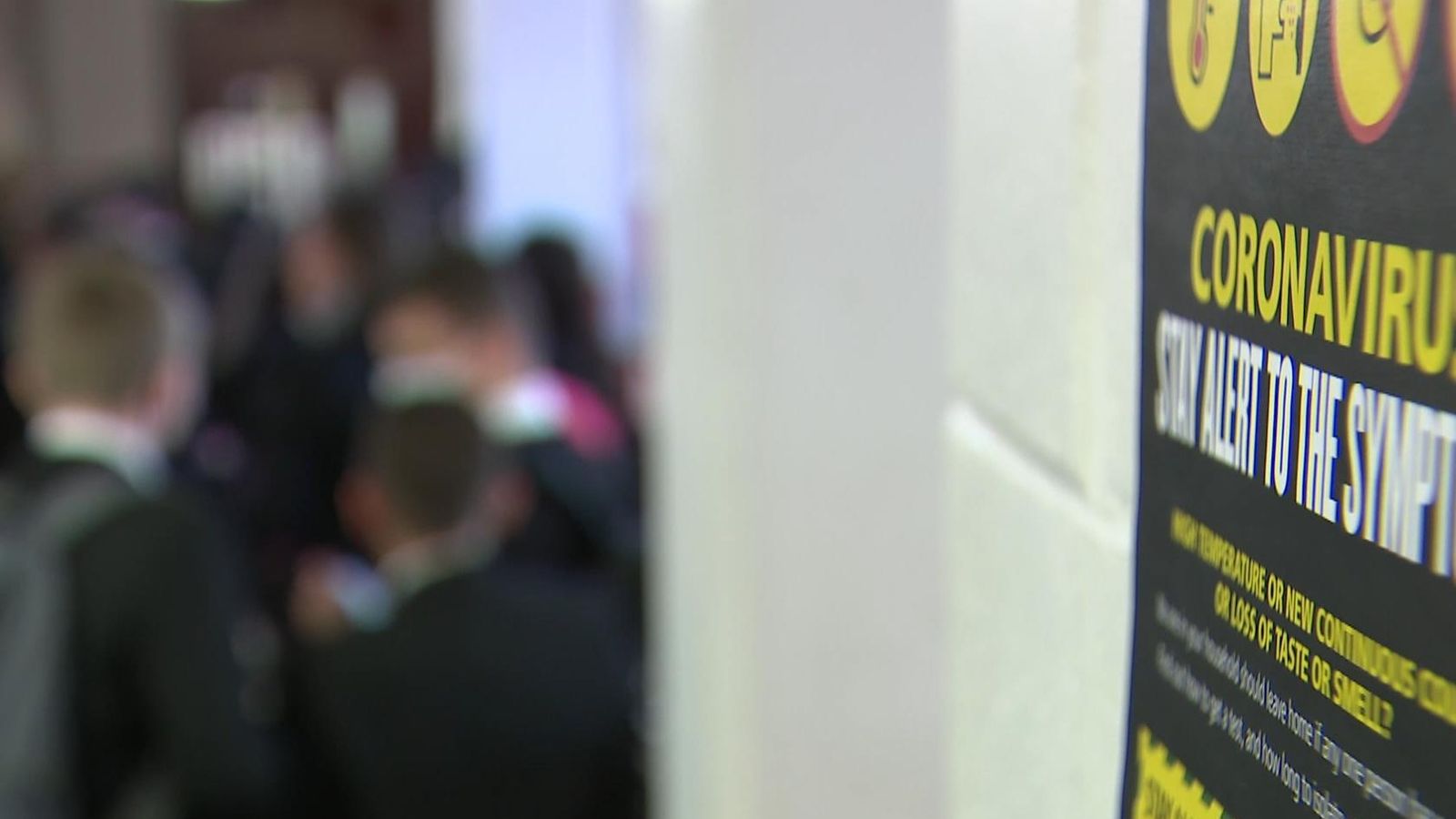