CHILDREN face being turned away from coronavirus testing centres after Matt Hancock admitted swabs would be rationed.

The Health Secretary said Covid tests would be prioritised for people with acute clinical needs and those in social care, following a nationwide test shortage.

It means children, who are least at risk from coronavirus, are likely to be at the back of the queue, along with parents.

One school chain said one in thirty of their kids had been sent home and was forced to isolate over spiralling cases.

One per cent of all the 24,000 schools in England were not fully open over cases of coronavirus, Department for Education stats said yesterday.

Yesterday, no tests were available in 46 out of 48 of the nation’s worst hotspots as the fiasco spiralled.

Sites in Southend, Bury, Birmingham and Manchester were overwhelmed with families desperately trying to get tests to allow them to get back to work or school.

A backlog of 240,000 tests has now built up, which will not be cleared until autumn or beyond — when millions of people will be at risk of cold and flu symptoms similar to coronavirus.

As a result, Matt Hancock has been forced to restrict testing to hospital patients, care home residents and key workers, saying: “I don’t shirk from decisions about prioritisation.

“We’ll set out an updated prioritisation and I do not rule out further steps to make sure our tests are used according to those priorities.”

The breakdown in the system has left thousands, including doctors, nurses, care home residents and teachers all unable to get checked for the killer virus.

General secretary of the Association of School and College Leaders, Geoff Barton piled onto the criticism of the Government’s fledgling testing regime today – as it was revealed that hundreds of schools have emailed them with concerns over getting tests.

He said keeping schools open could become “unsustainable” if it wasn’t fixed and the UK could end up in lockdown “by default” if schools keep closing.

Mr Barton told BBC Radio 4: “This will feel I think like lockdown by default – it will be more frustrating for parents because you can’t predict whether it is going to happen.

“And similarly from the headteacher’s point of view, if my Year 4 teacher today shows symptoms, will he or she be in school tomorrow, will they be here for the next 14 days?

“As soon as you start to get that with six, seven, eight teachers, it becomes unsustainable to be able to run things.”

The latest figures from the Scottish Government show more than 1,800 school staff were self-isolating, 1,132 of which were teachers.

The PM said this lunchtime: “We are working very fast to turn around all the test requests that we get.

“I think most people looking at the record of this country in delivering tests across this nation will see that it actually compares extremely well with any other European country.”

The next priority for tests will be key workers such as teachers, Justice Secretary Robert Buckland said today.

Mr Buckland said: “It has to be the NHS first and then social care, and then I think what we need to do is have a cascading system where we know where our priority should be.

“For me, our priority should be children in school and their parents in order to make sure their lives are safe and also, importantly, they’re not disrupted in the way that we’re seeing.”

Meanwhile, the reopening of schools has meant entire year groups have been sent home because kids with symptoms are often unable to get a test to prove whether they have the bug or not.

Emma Knights, the chief executive of the National Governance Association, added: “Governing boards are increasingly concerned about the numbers of pupils and staff awaiting tests and the damage that this might do to parents’ confidence in sending children to school.”

Angry MPs have called the system a “bloody mess” after queues snaked outside testing centres yesterday.

Hundreds lined up at a walk-in unit in Southend, Essex,  but it had reportedly run out of tests by 10am.

In Abercynon, South Wales, officials turned away cars from as far away as Essex, London and Brighton.

A healthcare worker at the site said: “The poor sods looked knackered when they arrived. Some of the long haulers hadn’t made an appointment either, so we weren’t able to give them the test.”

Addressing the shortages, The Department of Health and Social Care said: “NHS Test and Trace is working, we are processing over a million tests a week but we are seeing a significant demand for tests, including from people who do not have symptoms and are not otherwise eligible.

It comes as the Archbishop of Canterbury voiced concern over the Government’s “rule of six” restriction and its impact on family life.

Writing in the Telegraph, the most senior bishop in the Church of England urged the Government to follow the concept of “localism” rather than “determining the daily details of our lives”.

A source close to the Archbishop said he was “deeply concerned about Christmas and the impact of the new rule. 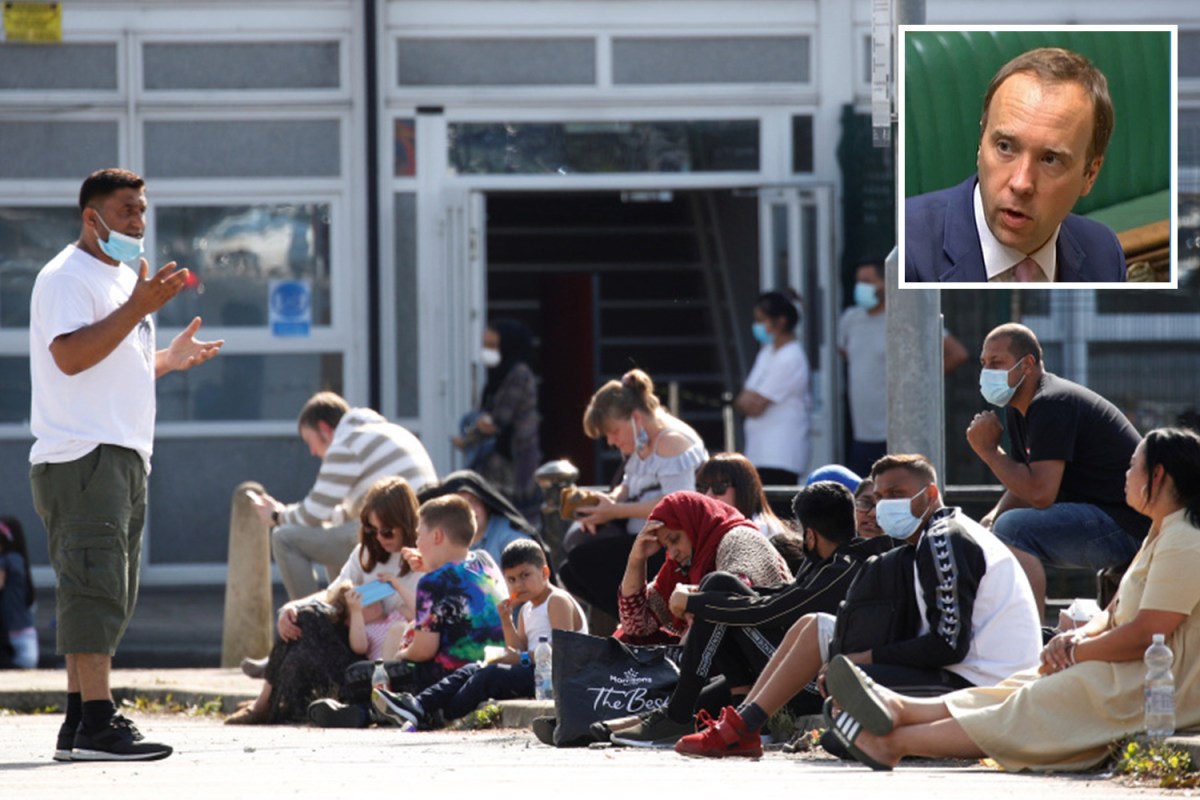