HUNDREDS of Brits flouted the new “rule of six” laws on the first day – as a police chief urged “curtain twitchers” not to call cops.

Young people were pictured enjoying the sunshine in large groups across Brighton, Bristol and London – risking a £100 fine.

But Ken Marsh, head of the Police Federation, warned officers will be flooded with calls after the Policing Minister encouraged Brits to snitch on neighbours who break the rule.

The police chief said cops would be bombarded with hundreds of thousands of  “curtain twitchers” shopping their neighbours.

Mr Marsh told The Sun: “It will just inundate us with calls. Does he think we have an endless supply of officers who can just go out to these things?

“I get the sentiment. I want us to all be safe. But I don’t think that is the answer.

He told BBC Radio 4: “What we’re hoping we’ll see for the rule of six is what we saw for the whole of lockdown which is extremely high compliance.

“In the end we all have to recognise that we have an individual duty towards our collective health and we hope that view will prevail.

“There is the non-emergency number that people can ring and report issues if they wish to.”

Adults who break the new rule, which kicked in today, face a £100 on-the-spot fine which could rise to £3,200 for repeat offenders.

Angry Tory MPs and cops hit out at the snoop order, warning it will turn us into a nation of score-settling busybodies.

He told The Sun: “Calling on people to spy on each other is not a particularly good situation to be in.

“Police will be inundated and unable to separate out the trivial from the serious. They could be snowed under with people trying to get even.”

But Labour’s Shadow Business Secretary Ed Miliband said: “If we see people gathering in large groups, we have a responsibility to alert the authorities.”

Mr Malthouse said during lockdown there was a surge from people spying on their neighbours reporting them to the police for breaking restrictions.

He said: “If people do think there has been a contravention, then that option is open to them.

“If they are concerned and they do see (people breaking the rule) they should (ring the non-emergency number).”

He said: “Once these rules and regulations are enacted, they are the law. If people are deliberately breaking the law, we would expect members of the public to take responsibility to report that.

“We have seen over the 6 months we have seen a number of points, particularly when new regulations have been brought in, that we get calls to police in and we will respond to that.

Home Secretary Priti Patel said troublemakers would be handed a criminal record if they ignore the fines.

Anyone meeting in a group of more than six indoors or out are now breaking the law.

Home Office officials say those who refuse to accept £100 on-the-spot fines will be arrested and taken to court.

A source said: “Those who repeatedly break the rules need to know they could face a criminal record.”

The full-text of the new laws were published just 23 minutes before midnight when the rules came into force.

Steve Baker demanded the PM shake-off the “grinch” restrictions after Scotland and Wales excluded kids from the 6-person limit.

“You could mitigate quite considerably by excluding younger children, the people we know who are least likely to be affected by the virus, less likely to spread the virus.”

The new rules come as Government scientific adviser Peter Openshaw has warned the rise in infections will “inevitably” result in more “hospitalisations and deaths”.

Prof Openshaw said the nation had to get a grip or risk returning to a “hard lockdown”.

He said: “It starts as a trickle but if you don’t do something about it, it can turn into a real cascade.”

There has also been an explosion in new cases in 43 care homes prompting a call from the Government for providers to act.

A letter, which was sent on Friday, urges care bosses to “take necessary action to prevent and limit outbreaks”.

Bars in Bolton already have to close early in an attempt to curb the rise in cases in the city.

Justice Secretary Robert Buckland told Sky’s Sophy Ridge On Sunday: “I think that as you’ve seen we’ve been very prepared to move quickly where necessary and where the evidence points us.” 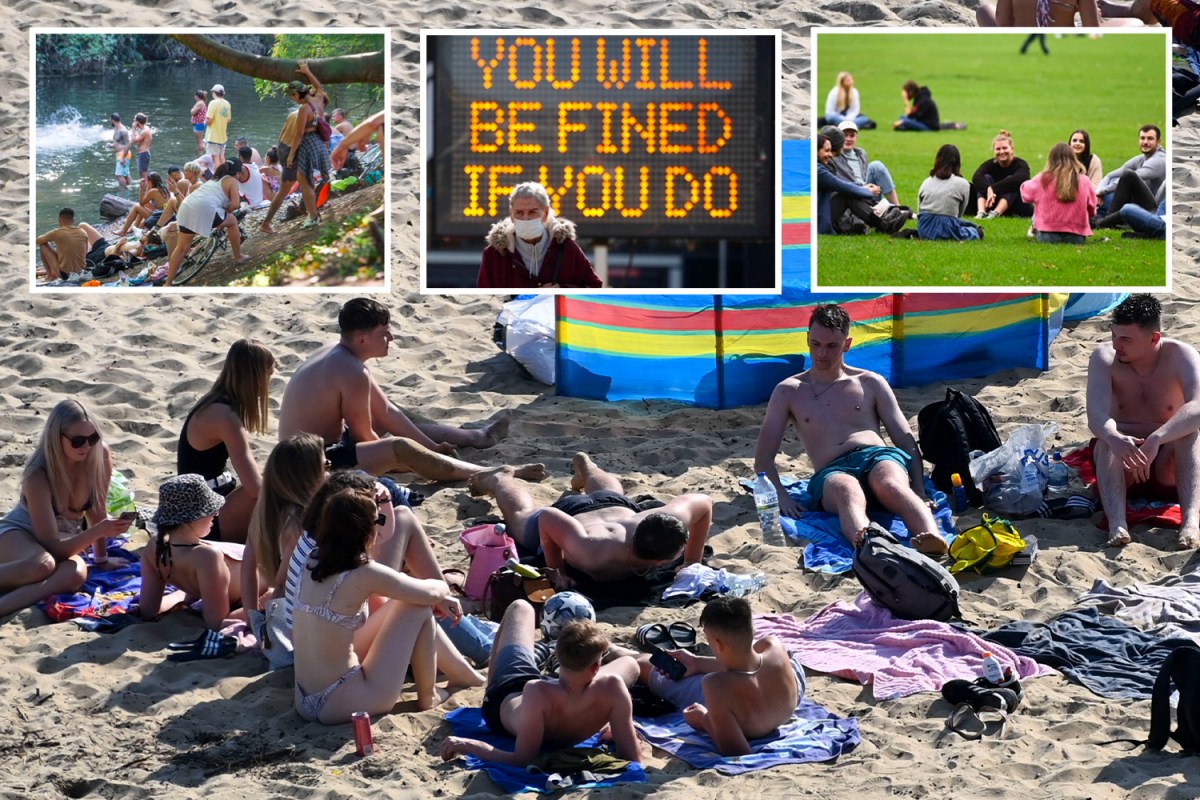