John Redwood has quashed the rhetoric coming out of Brussels that the UK’s reputation would suffer if it presses ahead with changing elements of the Brexit divorce deal, by insisting the opposite would happen. Brussels has condemned Boris Johnson over his Internal Market Bill which risks breaking international law and trust as it has the power to override parts of withdrawal agreement, which was signed off by both sides in January.

The Internal Market Bill sets out the way trade within the UK will work once outside the EU’s single market and customs union.

In the event of a no deal outcome, the Bill aims to give ministers the powers to reduce checks on goods flowing from Northern Ireland into the rest of the UK and narrow the scope of EU state aid rules.

Mr Redwood insists the UK’s standing in the world would not suffer by changing the terms and taking back control over trading markets.

The backbench Tory MP adds the UK’s future trading partners will want to conclude deals knowing the UK is in control of its own laws and borders – rather than the jurisdiction of the EU.

In a blog post, Mr Redwood said: “As so often the EU establishment puts round the wrong message.

“They say the UK’s reputation will be damaged by legislating to make sure we control our own single market and customs union. The opposite is the case.

“The rest of the world would think it bizarre if the UK meekly accepted continuing EU controls over our laws, trade rules and borders from 1 January.

“Those countries negotiating trade deals with us want to ensure the UK is fully in charge of its own markets and laws, so they can sign an agreement with an independent country with the full range of trade powers.

“They do not want a UK under the control of the EU, or with a split domestic market with issues into and out of Northern Ireland.”

Following a meeting with Cabinet Office Minister Michael Gove last week, he said: “By putting forward this Bill, the UK has seriously damaged trust between the EU and the UK.

EU chief Brexit negotiator Michel Barnier added the Northern Ireland Protocol in the Withdrawal Agreement “is not a threat to the integrity of the UK”.

MPs will vote on the Internal Market Bill this evening in the House of Commons, which has already promoted a revolt from at least 20 Tory MPs.

The Prime Minister opened the debate by insisting the Bill is “essential for guaranteeing the economic and political integrity of the United Kingdom”.

Mr Johnson, also accused the EU of going to “extreme and unreasonable lengths” over the Northern Ireland Protocol which he said could lead to “blockading food and agriculture transports within our own country”. 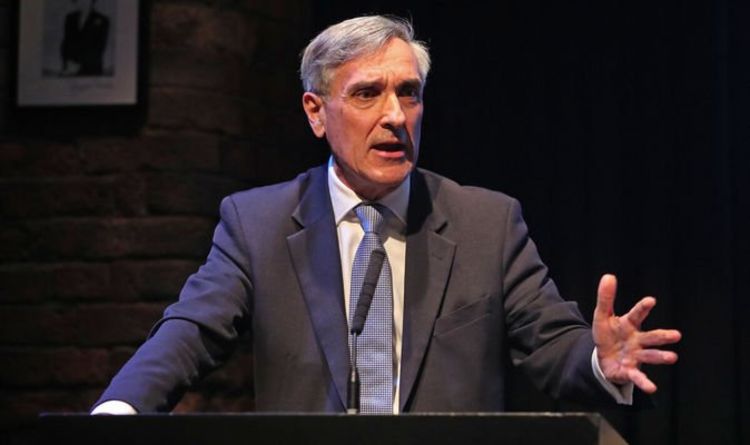