Express.co.uk readers can vote in our exclusive poll on whether Mr Johnson should end post-Brexit trade negotiations with Brussels. And let us know in more detail what you think by scrolling down and leaving a comment.

Our poll comes after Mrs von der Leyen warned the UK cannot unilaterally set aside the Brexit deal, which the Prime Minister agreed with the EU last October.

In her annual State of the Union address to the European Parliament, she said: “This Withdrawal Agreement took three years to negotiate and we worked relentlessly on it line-by-line, word-by-word, and together we succeeded.

“The EU and the UK jointly agreed that it was the best and only way for ensuring peace on the island of Ireland and we will never backtrack on that.

She quoted the former prime minister as saying: “Britain does not break treaties. It would be bad for Britain, bad for relations with the rest of the world and bad for any future treaty on trade.”

The European Commission President also said time is running out for a post-Brexit free trade deal.

She told the European Parliament: “Talks have not progressed as we would have wished and that leaves us very little time.”

The controversial new legislation will give ministers the power to override parts of the Withdrawal Agreement relating to Northern Ireland.

Mr Johnson has insisted it is intended to provide a legal “safety net” to protect the peace process and ensure the EU could not impose tariffs on goods moving to Northern Ireland from the rest of the UK.

Speaking this morning, Justice Secretary Robert Buckland said the provisions in the Bill would only be used if the EU reneged on its treaty obligations.

He told Sky News: “If we reach that stage, the reason for it is because we judge that sadly, despite everybody’s best efforts, the EU is in a position where we think they are actually breaching their obligations to us.

“It is like an international dispute where clearly there is a breach somewhere but it is going to be the subject of a lot of argument.

“I would like to avoid that, I think we can but we do need to just prepare for that contingency, that ‘break glass in case of emergency’ provision, which I believe this is.”

Chief negotiators Lord Frost and Michel Barnier were due to meet for informal talks this week. 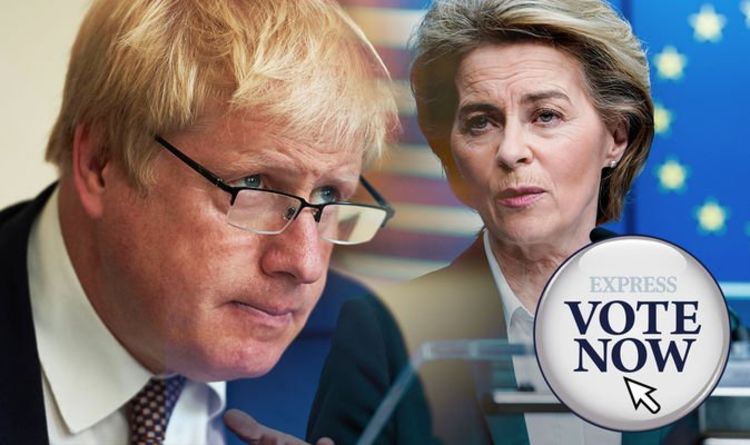