Brussels expects the Brexit negotiations to resume within days, as Michael Gove confirmed that despite Downing Street’s tough rhetoric the door remained “ajar” on re-engagement.

The EU’s chief negotiator, Michel Barnier, will hold a video conference call with his British counterpart, David Frost, on Monday afternoon to discuss the structure of future talks.

While it is probable that Downing Street will need to appear tough by pushing back against an immediate resumption of the trade and security negotiations, sources on both sides expect the current suspension to be short.

The Confederation of British Industry (CBI) and BusinessEurope, the body representing European industry, have urged the British government and the European commission to show leadership and swiftly return to the negotiating table.

“Now is the time for historic political leadership”, read a joint statement by the CBI and organisations representing 190,000 businesses and 7 million employees in the UK. “With compromise and tenacity, a deal can be done.”

BusinessEurope’s director general Markus Beyrer said: “An agreement is still possible and it is the only way to avoid uncertainty and major disruption.”

There remains a further four weeks when there could be worthwhile negotiations before a deal would need to be ready for the ratification process in Westminster and the European parliament.

Gove confirmed on Sunday that he wanted a trade deal and that the government had not closed the door on the negotiations.

One senior EU diplomat said they did not expect the standoff to last long given the British government’s evident desire to avoid a double hit to the economy from a no-deal outcome and the second wave of coronavirus.

“If they want a deal, they will need to continue talking and not leave the negotiating table for long,” an EU source said. “In any case, the EU position very clear: let’s keep talking. There is a deal somewhere out there. [It is] up to the UK to make up its mind.”

“We will just need David [Frost] and Michel [Barnier] to kiss and make up”, said a second diplomat.

The UK prime minister, Boris Johnson, had said on Friday that further negotiations with the EU would be pointless without a “fundamental change” in Brussels’ position.

When it announced the “effective” ending of the trade talks, Downing Street had pointed to the failure of the EU leaders in their summit communique to commit to “intensified” negotiations, a pledge that existed in an earlier draft.

It is understood the word had been taken out ahead of the leaders signing it off on the basis that commitment was extraneous given a similar pledge had been given in previous summit statements. There was also a concern that it could be seen as putting pressure on Barnier.

EU sources said that the reason given by the government for its reaction was disingenuous. “They had full sight of what was going to be in the conclusions – they just wanted a moment of crisis and would have used any excuse to engineer one,” said one. “But the prime minister had set the summit as a deadline for a deal, and he needed to do something apparently.”

The bar reportedly set now by Downing Street for a renewal of talks includes daily negotiations, an acceptance that there needs to be movement on both sides and work on legal texts across the various parts of the trade deal.

Barnier has already said he wants to speed up the talks. The German chancellor, Angela Merkel, speaking on Friday, had said there was “leeway” in the negotiations. The French president, Emmanuel Macron, offered to compromise on fisheries, even though until now there has been stubborn resistance from Paris to any changes in the distribution of catches in British waters.

There remains some resistance in Brussels to working on legal text until the landing zones on the most contentious issues are in sight.

But EU sources said that did not seem a major obstacle to fresh talks, given the new willingness to compromise on fisheries and the so-called level playing field provisions sought by Brussels to ensure neither side can undercut through deregulation or unfairly skew the market through domestic subsidies. 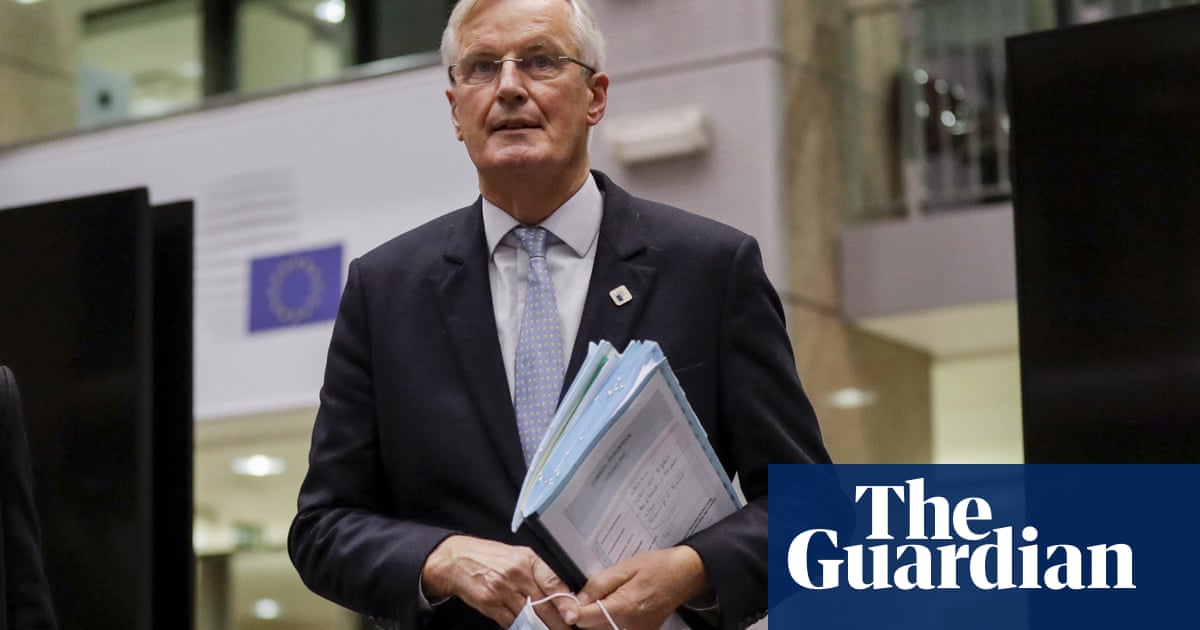