Conservative rebels have forced Boris Johnson into an embarrassing climbdown, with the PM brokering a deal to see off a potential party revolt over a bill that would break international law.

After two days of private negotiations, the prime minister agreed to grant MPs a vote about when to invoke controversial powers in the UK internal market bill that would breach the EU withdrawal agreement.

The deal came hours after the resignation of Lord Keen, the UK government’s law officer for Scotland. He said he had grappled with the proposed breaches of law in the bill and came to the conclusion he could not defend it.

His departure will put further pressure on the justice secretary, Robert Buckland, and the attorney general, Suella Braverman, to consider their positions. Dominic Grieve, who previously held Braverman’s post, joined calls for them to quit on Wednesday.

Jonathan Jones, the government’s top legal civil servant, had quit his post over the internal market bill a week earlier.

Johnson’s new deal with his restive MPs is unlikely to give any comfort to enraged leaders in Brussels because the move still gives ministers the power to potentially breach international law.

Labour has also raised alarm about one aspect of the compromise, which would appear to restrict any legal challenge to use of the new powers, saying it would make the bill “worse not better”.

The Guardian has learned that France is pushing for the EU to launch a swift infringement proceeding against the UK over the bill.

After a meeting with senior MPs in Johnson’s Commons office on Wednesday afternoon, No 10 issued a joint statement with Bob Neill, the chair of the justice select committee, who tabled an amendment to the bill, and Damian Green, chair of the One Nation caucus of Tory MPs, many of whom had threatened to rebel on the bill.

The Guardian understands the deal was brokered by the deputy chief Brexit negotiator Oliver Lewis, the former research director of Vote Leave, with the chief negotiator, David Frost, currently in Brussels.

The change will give MPs a separate vote to invoke those powers – one Johnson is likely to win with the government’s majority. In the joint statement, the two sides said it would give “a clearer, more explicit democratic mandate for the use of these powers, and also provides more legal certainty”.

The government is also set to table another amendment which sets clear limits on the scope and timeliness of judicial review into the exercise of these powers, according to the statement – a move set to provoke concern in legal circles.

The shadow attorney general, Lord Falconer, tweeted: “This doesn’t remedy the breaches of international law which arise from the bill. And it envisages restricting people who have private rights taken away by the powers in the bill from going to court to complain about it. Honestly it’s getting worse not better.”

One aim is to provide some legal certainty for businesses that decisions made by ministers using powers granted by the bill would not be subject to immediate legal challenge.

The statement said there was “near-unanimous agreement” within the party that the government “must be able to use these powers as a final resort, that there must be legal certainty, and that no further amendments are required on these powers”.

Many senior Conservatives had appeared prepared to rebel to back an amendment by Neill next week, in order to signal their disquiet with the bill’s powers. Those who abstained at the second reading of the bill on Monday included the former attorney general Geoffrey Cox, the former chancellor Sajid Javid and two former Northern Ireland secretaries, Karen Bradley and Julian Smith.

During a meeting in Brussels with ambassadors of the 27 member states on Wednesday, the EU’s chief negotiator Michel Barnier described Downing Street’s actions as a “provocation”.

He suggested that the tabling of the legislation had been a tactical move to put pressure on Brussels to agree a trade deal and iron out problems with the withdrawal agreement.

In response, the French president, Emmanuel Macron’s representative in the meeting called for the bloc to move ahead and launch legal action, opening up the potential for the UK to be confronted with huge fines.

A number of member states also raised the issue of trust following a week of “noise” from London, including claims that the EU was seeking to “blockade” Northern Ireland.

“This was seen as a sign of how low the UK was prepared to go,” a source said. “One delegation said that the UK government was a master of disseminating fake news and the EU had to be prepared to counter those messages.”

At the liaison committee meeting of senior MPs on Wednesday, Johnson said he believed the EU may not be negotiating with the UK in good faith and that provisions in the bill would guard against the bloc behaving in an “unreasonable” way if the UK failed to agree a trade deal.

Asked by Labour’s Hilary Benn whether he thought the EU was negotiating in good faith, the prime minister said: “I don’t believe they are.”

The comments contradict the Northern Ireland secretary, Brandon Lewis, who earlier told a separate sitting of MPs he believed the EU was acting in good faith. Johnson said it was “always possible that I am mistaken and perhaps they will prove my suspicions wrong”.

The shadow business secretary, Ed Miliband, said Labour would continue to oppose the bill. “This does not fix the problem of breaking the law, damaging our reputation around the world and damaging our future prosperity,” he said.

“We need a trade deal with Europe and that is what we were promised at the election. Breaking our own word and the treaty the prime minister signed puts that at risk. On the basis of tonight’s statement, this bill still breaks international law, reopens the Brexit debate and Labour will continue to oppose it.” 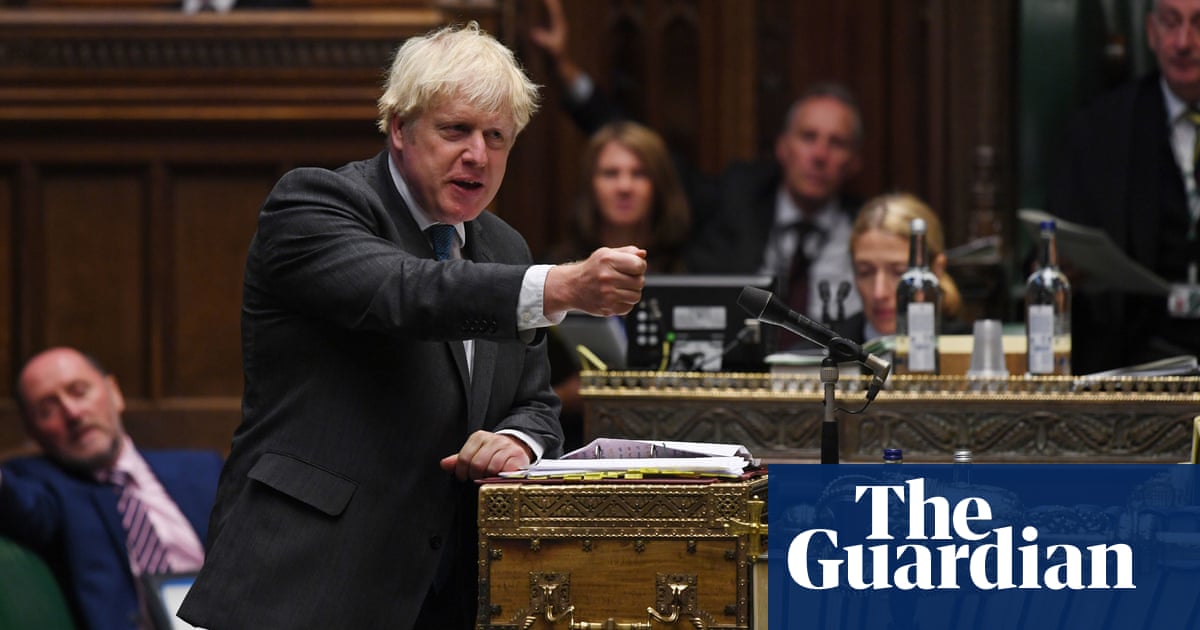