NEW YORK (AP) — Andrew Orkin was taking a break from his evening jog to sit by Prospect Park Lake when he turned around and was startled to see a tangle of wriggling snakes.

“And quite a big pile — fully alive,” said Orkin, a music composer who lives near the Brooklyn park.

They turned out to be eels that had escaped from one of two large plastic bags that split open as a man dragged them to the shoreline. After dumping the eels in the lake, the man walked away, explaining to bystanders that “I just want to save lives.”

The illegal release late last month became a curiosity on social media, but the dumping of exotic animals in urban parks isn’t new. In cities across the country, nonnative birds, turtles, fish and lizards have settled into, and often disturbed, local ecosystems.

New Yorkers free thousands of non-native animals every year, many of them abandoned pets that quickly die. But others can survive, reproduce and end up causing lasting harm.

“People like animals and they sometimes think they’re doing a good thing by letting them go,” said Jason Munshi-South, urban ecologist at Fordham University. “Most will die. Some will become a problem, and then there’s no going back.”

New York state and city officials say it’s too soon to know how the eels in Prospect Park might affect local species. But based on photos taken by bystanders, officials identified them as swamp eels native to Southeast Asia like those that have been found in at least eight states.

Once introduced — often after being purchased at local live fish markets, officials say — the eels eat almost anything including plants, insects, crustaceans, frogs, turtles and other fish. And they could prey upon or compete with the park’s native species for however long they survive, said Katrina Toal, deputy director of the New York City Department of Parks & Recreation’s Wildlife Unit.

There are no plans to eradicate the eels. Since they’re nocturnal and spend most of their time burrowed in the sediment of lakes, rivers and marshes, spotting and removing them from the lake could be impossible.

“This kind of species is a little tricky. They’re well hidden,” Toal said. “We’ re not going to go out there and try to trap any of them.”

Without having witnessed the release, officials from the New York State Department of Environmental Conservation, which is investigating the incident, could not specify the number of eels released last month. Bystanders described seeing more than 100 of them.

DEC officials say they will look for swamp eels during the agency’s next survey in the spring, but don’t expect them to make it through the winter.

However, said University of Toronto freshwater ecologist Nicholas Mandrak, “Even if they don’t survive, they could have negative short-term impacts.”

If some Prospect Park transplants survive for a few years, climate change could feasibly warm up city waters enough to render them hospitable for swamp eels, Mandrak said.

“We shouldn’t come to an immediate conclusion that because they’re found in Asia they couldn’t survive in New York City,” he said.

New York City has a long history of people introducing exotic species into its parks.

In 1890, Shakespeare enthusiasts released a flock of about 60 European starlings in Central Park that grew into a current population of hundreds of millions nationwide that outcompete native birds, destroy crops and occasionally snarl jet engines.

For decades, pet Red-eared slider turtles have been abandoned in city ponds, creating a major nuisance that has crowded out local painted turtles and fueled green algae blooms.

And descendants of escaped or released monk parakeets and Italian wall lizards are scattered across the city’s boroughs.

The eels are just the latest episode. “This is an unusual and eye-catching story,” Toal said, “but something that happens far more often is people release one unwanted pet.”

The Associated Press Health and Science Department receives support from the Howard Hughes Medical Institute’s Department of Science Education. The AP is solely responsible for all content.

News – ‘Big pile’ of eels dumped in NYC park; impact not yet known 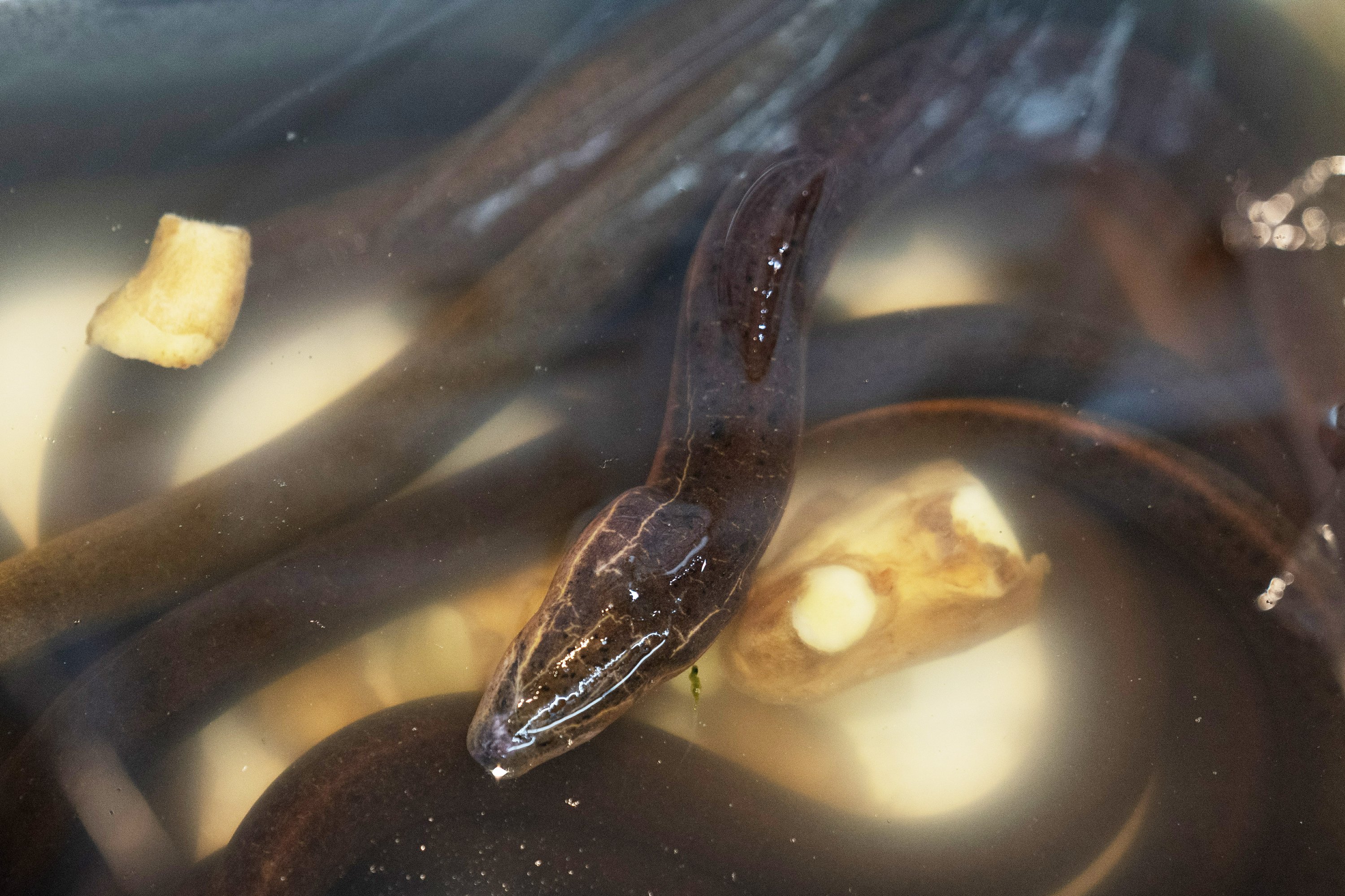