Joe Biden’s presidential campaign says it is amassing an unprecedented army of attorneys for an expected legal brawl over whether ballots will count in the weeks after the election. The effort will involve several other top Democratic voting rights and election law attorneys as well as Eric Holder, the former attorney general.

Americans are unlikely to know the winner of the presidential election on election night, in large part because of an expected surge in mail-in votes amid the coronavirus . Michigan, Pennsylvania and Wisconsin – key swing states – all prohibit election officials from beginning to process mail-in votes until election day, meaning there will be a wait until the final results are tallied.

This wouldn’t be the first time America saw a protracted legal battle after election day. During the 2000 presidential elections, Americans became fixated on “hanging chads” and whether punch-card ballots were sufficiently punctured to count.

The chads are long gone, but this year the Biden and Trump campaigns are expected to aggressively contest technicalities states use to verify ballots – issues such as postmarks (some states require ballots to be postmarked by election day to count, but the markings can be illegible or missing) and whether a voter’s signature matches the one on file with election officials.

For months, Trump has been sowing doubt about the legitimacy of the election, falsely saying it will be rigged and stolen. Election experts are deeply worried about the chaos from a scenario in which Trump leads in-person voting on election night, claims victory, only to see his lead evaporate as more mail-in votes are counted. Election law experts are already warning that the 19th-century law that would guide how a disputed electoral college vote is decided is incredibly vague, and could lead to chaos as well as further high-stakes legal fighting in the courts.

“If it’s close and the courts get drawn in on potentially decisive issues, Bush v Gore will look like a walk in the park compared to what [this] would be like,” said Richard Pildes, a professor at NYU Law School who studies election law. “Social media and cable television will inflame with sinister spin any problems in the process, no matter how legitimate or normal those problems might be; many on both sides are primed already to believe the election is being stolen if their candidate loses.”

The Biden campaign says its massive voter protection effort, which it described as the biggest in modern campaign history, will be led by Dana Remus, the campaign’s general counsel, and Bob Bauer, who served as general counsel on both of Barack Obama’s presidential campaigns. The effort has thousands of lawyers, the campaign said, including several working in a special litigation unit under Donald Verrilli Jr and Walter Dellinger, two former solicitor-generals of the United States. Holder will serve as a liaison between the campaign and voting rights stakeholders.

“We can and will be able to hold a free and fair election this November, and we’re putting in place an unprecedented voter protection effort with thousands of lawyers and volunteers around the country to ensure that voting goes smoothly,” Remus said in a statement. The details of the Biden campaign’s post-election operation were first reported by the New York Times.

The program will aggressively respond to reports of voter suppression and have strong programs for countering both misinformation and disinformation. It will also work closely with the law firm Perkins Coie, led by Marc Elias, a top Democratic voting rights attorney, who has led a blitz of lawsuits around the country challenging voting issues like extending ballot receipt deadlines, requiring election officials to prepay postage, allowing third parties to collect mail-in ballots and requiring officials to give voters a chance to cure any defect with their mail in ballot before it gets rejected.

In a close election, the initial round of litigation would likely focus on the unique procedures voters have to go through to ensure their ballots are counted, Pildes said. Suits could also focus on discrepancies among different counties in a state on how ballots were counted. A worse case scenario, he added, would be if states did not resolve election disputes by the time the electoral college meets in December and state legislatures and parties are divided about which slates of electors to use.

“The courts have come to be seen in much more partisan terms. I am concerned if we got to that point that half the country would not accept the outcome as legitimate,” Pildes said.

The Trump campaign did not provide details on its plans for after election day, but pointed to a list of voting cases it is already involved in. The Republican National Committee has pledged to spend $20m on voting rights suits. The Trump campaign also has active lawsuits around the country to block a range of voting practices, including allowing third parties from collecting ballots and stopping election officials from counting ballots that arrive after election day, and from using ballot dropboxes, among other issues. 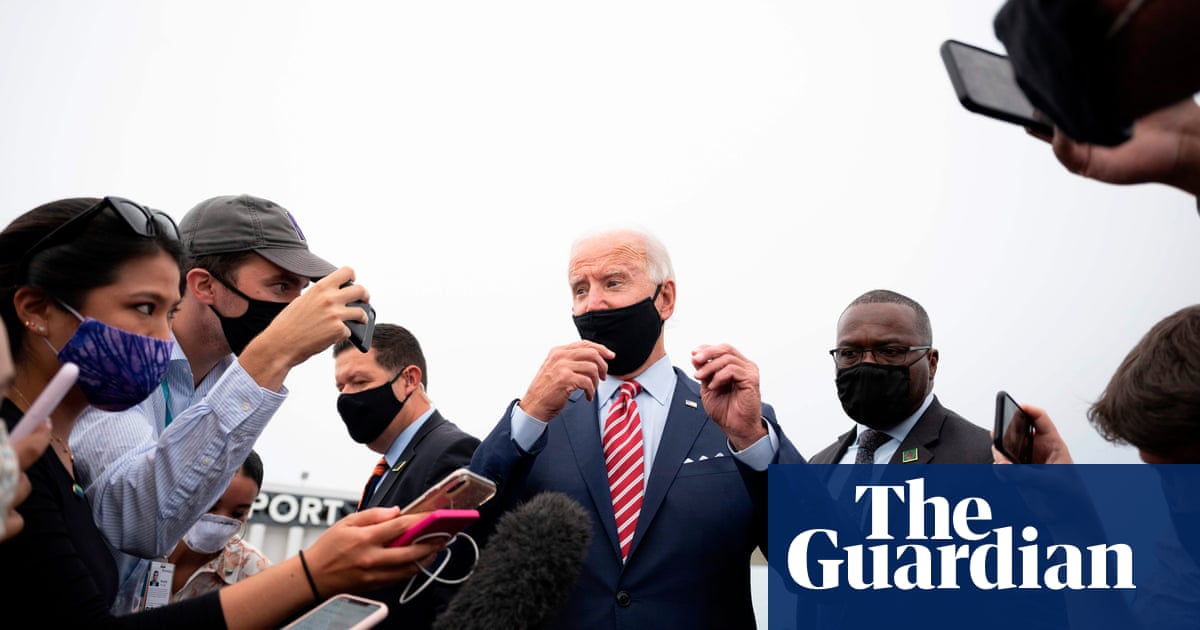