Belarusian authorities have charged the opposition figure Maria Kolesnikova with “actions aimed at undermining national security”, a charge that carries a maximum sentence of five years in prison.

The charge, announced by the country’s investigative committee, is the latest move in a crackdown on opposition leaders by the embattled president, Alexander Lukashenko, who has lost legitimacy among much of the population but retains the support of law enforcement agencies.

Kolesnikova thwarted an attempt by Lukashenko’s security agents to forcibly deport her last week by tearing up her passport on the border with Ukraine. She later said in a statement that security officials had told her she would be leaving the country “either alive or in bits”. She is currently in police custody.

Kolesnikova, 38, a flautist who has said she does not consider herself to be a politician, has become one of the highest-profile protest leaders in Belarus over the past month as Belarusians have rallied against Lukashenko’s continued rule. She was one of seven people on the board of a coordination council set up to transfer power away from Lukashenko. All except the Nobel laureate Svetlana Alexievich have either been imprisoned or deported.

In a speech to top officials on Wednesday, Lukashenko said he had no plans to step down. “We had the vote and got the result,” he said. “It’s time to stop stirring up society.” He has promised to consider constitutional reform, but opposition politicians say this is likely to be mere window dressing.

Initially a stand-in for her husband, a popular blogger barred from running and jailed by the authorities, Svetlana Tikhanovskaya became the main opposition candidate to the Belarusian leader, Alexander Lukashenko, as part of an all-female opposition campaign spearheaded by herself, Maria Kolesnikova and Veronika Tsepkalo.

She fled to neighbouring Lithuania in early August, from where she posted a video indicating she had faced an ultimatum involving her family.

In September, in a video appearance before the European parliament’s foreign affairs committee, she vowed that the country’s movement for democratic change would not give up, even in the face of continued intimidation and violence from Lukashenko’s regime.

A former Microsoft employee, she was the campaign head for her husband Valery Tsepkalo before he was forced to flee with the couple’s children to Moscow before the election. Having campaigned alongside Tikhanovskaya and Kolesnikova, she joined him there on the day of the election.

Apart from a one-day stopover in Belarus, when she says she was threatened with jail, she has remained in exile in Moscow. She told a radio interviewer in early August “I think I can do more being in Moscow, being free, and being able to speak up for Belarus’ people to the international community.”

Kolesnikova had been head of the presidential campaign for another opposition politician, Viktor Babariko, also barred from the elections and jailed by the government. She was the only one of the three women to remain in Belarus in the aftermath of the disputed August election.

On 7 September, it was reported she was abducted by unidentified masked men from the street in the capital, Minsk. Kolesnikova’s press aide, Anton Rodnenkov, confirmed her abduction to the media, then reportedly vanished himself about 40 minutes later. According to a Ukrainian minister, Kolesnikova then ripped up her passport at the Belarus-Ukraine border in order to frustrate attempts to deport her. She is currently being held in Minsk.

Lukashenko on Wednesday accused the US of fomenting protests in the country, a claim that was echoed by the director of Russia’s foreign spy agency, Sergey Naryshkin. He said in a statement that his agency had information that the US had funded the Belarusian opposition and encouraged protests in the country.

At least for now, Lukashenko retains the support of the Russian president, Vladimir Putin, who appears to have decided that backing him is a better option than allowing pressure from the street to win out.

Lukashenko on Monday travelled to Putin’s Black Sea residence in Sochi for talks, and came away with expressions of support and a $1.5bn loan. On Wednesday, Russia’s defence minister, Sergei Shoigu, was in Minsk, and Lukashenko said during their meeting that he had asked Putin for “several new types of weapon”. The claim was immediately denied by Putin’s spokesman Dmitry Peskov, who said the issue had not been raised at the meeting.

The German foreign minister, Heiko Maas, warned Putin that unconditional support for Lukashenko was likely to alienate the Belarusian people, who have close historical ties to Russia. Geopolitical themes have not been part of the protest movement.

Maas said: “With its unconditional support for Lukashenko so far and hybrid exertion of influence, Moscow will certainly lose the sympathy of people in Belarus.” 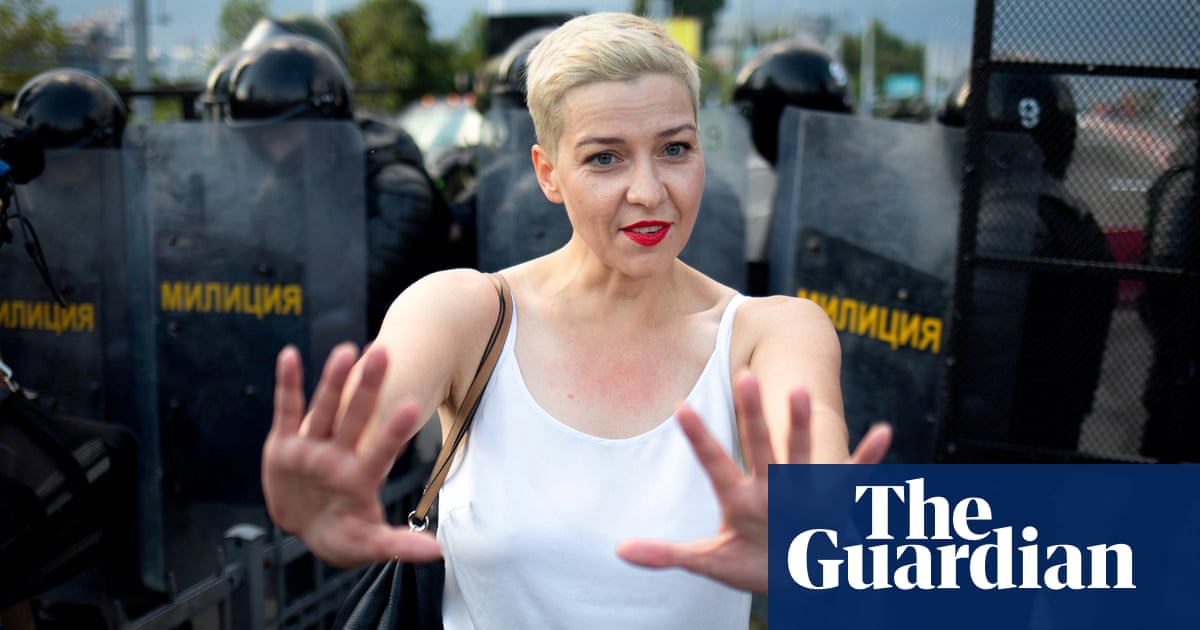