President Trump’s health secretary voiced optimism on Sunday that vaccines and treatments would soon save the day, but governors and experts issued bleak warnings about the public letting down its guard.

As the coronavirus continued to surge in many parts of the United States, officials and experts offered starkly different outlooks on Sunday about what was to come and when the situation might improve.

Alex Azar, the secretary of Health and Human Services, noted that many people had grown tired of pandemic precautions, and tried to paint an optimistic picture of how much longer they would be needed.

“Hang in there with us,” he said on Sunday on the NBC program “Meet the Press.” “We’re so close. We’re weeks away from monoclonal antibodies for you, for safe and effective vaccines. We need a bridge to that day.”

But any notion that life in America might be returning to normal within weeks, or even within a few months, was too hopeful, other officials and experts said. The public health strategies with which the public is fatigued will be needed for some time to come, even after new drugs and vaccines can be approved. And compliance with those strategies is already spotty.

The statistics are headed the wrong way: More than 70,450 new coronavirus cases were reported in the United States on Friday, the highest figure since July 24, according to a New York Times database, and more than 900 new deaths were recorded. Case counts are rising in 41 of the 50 states, with much of the worst news in the Great Lakes region.

Dr. Michael Osterholm, director of the Center for Infectious Disease Research and Policy at the University of Minnesota, said the public did not know whom or what to believe about how soon a vaccine would be available. Communicating clearly and credibly with the public is just as important as the science, Dr. Osterholm said, because slowing the spread of the virus depends on individuals taking the right precautions.

With infections rising and compliance eroding, “the next six to 12 weeks are going to be the darkest of the entire pandemic,” he said on “Meet the Press.”

A similar warning was sounded by Dr. Scott Gottlieb, a former commissioner of the Food and Drug Administration. He said on the CBS program “Face the Nation” that the country was headed into “probably the most difficult phase of this epidemic.” “I think the next three months are going to be very challenging,” he said.

Among the states where the spread of the virus is most worrisome now, Illinois recorded its highest daily case count of the pandemic on Friday, and its highest death toll since June.

Gov. J.B. Pritzker, who was lauded for tamping down the virus in the spring, voiced frustration on Sunday that the public seemed to be giving up on safety guidelines.

“People are not following the mitigations,” he said on the CNN program “State of the Union.”

Governor Pritzker, a Democrat, faulted President Trump for “modeling bad behavior” by not wearing a mask in public and by holding rallies without safety precautions. “The president has made it nearly impossible for states to open up any more than they are now,” he said.

He also argued that restaurants and bars that did not enforce safety guidelines were fostering a false sense of security. “When people stop by and they see that, well, no one else is wearing a mask, maybe that’s OK,” he said. “It’s not OK.”

Even so, the governor declined to say whether the state would reimpose tighter restrictions statewide to fight the surge in cases.

Other officials appeared to share his struggle, imploring the public for voluntary compliance while holding back from ordering mandates. The strategy, meant to minimize public blowback, has not appeared to be particularly effective at slowing the virus.

Gov. Doug Burgum of North Dakota, a Republican, has issued emotional pleas week after week for residents to wear masks, but has refused to make the practice mandatory. The Associated Press reported that even some of his supporters want him to take more aggressive action against the virus.

Gov. Michelle Lujan Grisham of New Mexico, a Democrat, said last week that even though the pandemic had become “the most serious emergency that New Mexico has ever faced,” it was too soon to return to sweeping shutdowns.

Many people in the United States appear to be pinning their hopes on swift delivery of a vaccine or an antibody treatment to render pandemic precautions unnecessary. But experts say those hopes may be not be fulfilled nearly as swiftly as Mr. Azar suggested.

At least four companies are producing monoclonal antibody treatments like the experimental cocktail Mr. Trump received, and clinical trials are underway to see whether they can prevent infections in people who are exposed to the virus. Two of the companies, Regeneron and Eli Lilly, have applied to the F.D.A. for emergency use authorization.

But the applications are for hospitalized patients only, and supplies are limited. One trial of Eli Lilly’s version was paused last week over a safety concern.

A variety of vaccines are also being tested, but none so far is ready even for emergency use. At least three of the 11 Phase 3 vaccine trials that The Times is tracking have been paused for investigations into possible problems.

And even when a vaccine is approved, a nationwide rollout is unlikely to be either simple or speedy. The bipartisan National Governors Association released a lengthy list of questions for the administration about how a vaccine would be distributed.

Dr. Myron Cohen, an epidemiologist and virologist at the University of North Carolina, Chapel Hill, said he expected one or more of the monoclonal antibodies to be put into use, but “there will be limitations in supply and their application.” And he said scientists still do not know very much about how effective a coronavirus vaccine will be in humans.

News – As the Virus Surges, Stark Differences Over What Is Around the Corner 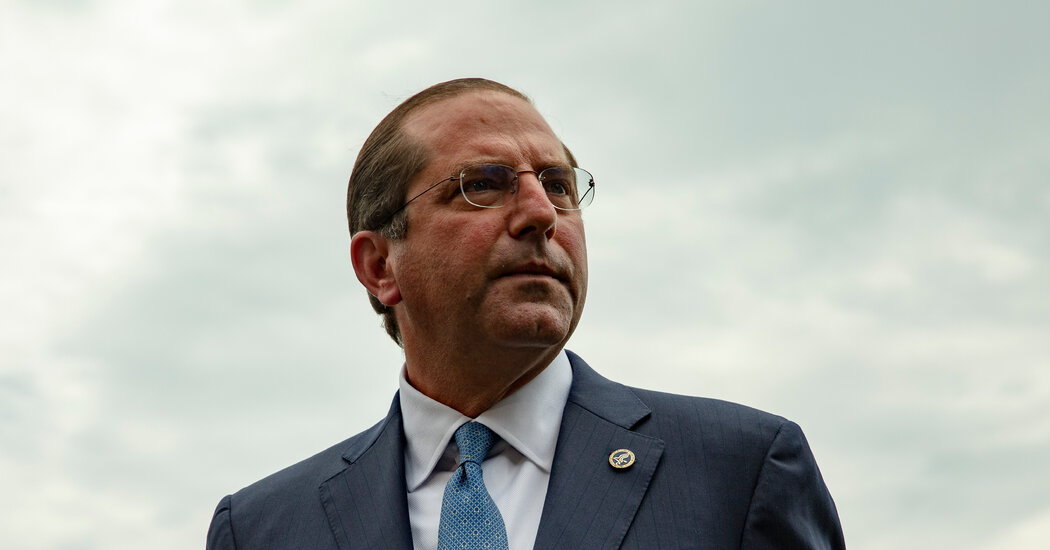