Angela Rayner has tackled Boris Johnson over a “collapsing” Covid test regime and a wider crisis in the care sector, using a prime minister’s questions where she stood in for Keir Starmer to accuse Johnson of refusing to take responsibility for his failings.

In her first question, the Labour deputy leader, who was a care worker before becoming an MP, challenged Johnson to cite the average hourly wage for care staff, a request the prime minister ignored.

Rayner also used the example of Starmer, who was forced to self-isolate after one of his children needed testing for Covid-19, to condemn the government over current delays many people face in getting a test.

Rayner said, to laughter from other Labour MPs, that she had received a message “from a man called Keir”. She went on: “Keir wasn’t able to go to work today, and his children couldn’t go to school, because his family had to wait for their coronavirus test results, despite the prime minister’s promise of results within 24 hours.

“Keir was able to do the right thing and self-isolate, and work from home. But other people aren’t in this position. Many of them are the very people who are getting us through this crisis.”

Johnson responded by saying he did not know why Starmer was not in the Commons – half an hour before PMQs the Labour leader tweeted that the Covid test had come back negative – and said 89% of those who have in-person tests get the results the next day.

He then spoke about government plans for care homes, and the importance of the national living wage, but did not attempt to respond about the average wage.

Rayner said in response: “The whole country would have seen that the prime minister doesn’t know how much a care worker earns, because that was my question.” It was, she said, “barely more than £8 an hour”.

Labour’s deputy leader pressed Johnson on when he would present his promised plan for reforming social care, saying he needed to “get some skates on it” in preparing the care sector for the winter.

On testing, she contrasted the government’s plan for the near-instant testing of millions of people a day with the current situation, where many people even in infection hotspots have been unable to get tests this week.

“The prime minister has put his faith in Operation Moonshot. But, meanwhile on Planet Earth, there were no NHS tests available for several high-infection areas,” Rayner said.

Johnson said the issue was one of increased demand: “She’s right to express the frustration of people across this country about the massive demand there is now for tests, and it has hugely increased. Everybody can see just in the last few days a colossal spike in the number of people who want tests.”

Replying to another question on the issue, the PM said the UK was testing more people relative to the size of the population than Germany, Spain and France: “In other words, we are delivering exactly what we said we would do. What is happening is that the British people, quite understandably, are responding to that system with a huge, huge surge in demand, and so it’s very important that everybody follows the guidance about when they should be getting a test.”

Rayner said Johnson was trying to evade responsibility: “Infections are rising, the testing system is collapsing. When you are the prime minister, you can’t keep trying to blame other people for your incompetence. We have the highest death toll in Europe, and we’re on course for one of the worst recessions in the developed world.

“This winter we are staring down the barrel of a second wave, with no plan for the looming crisis.” 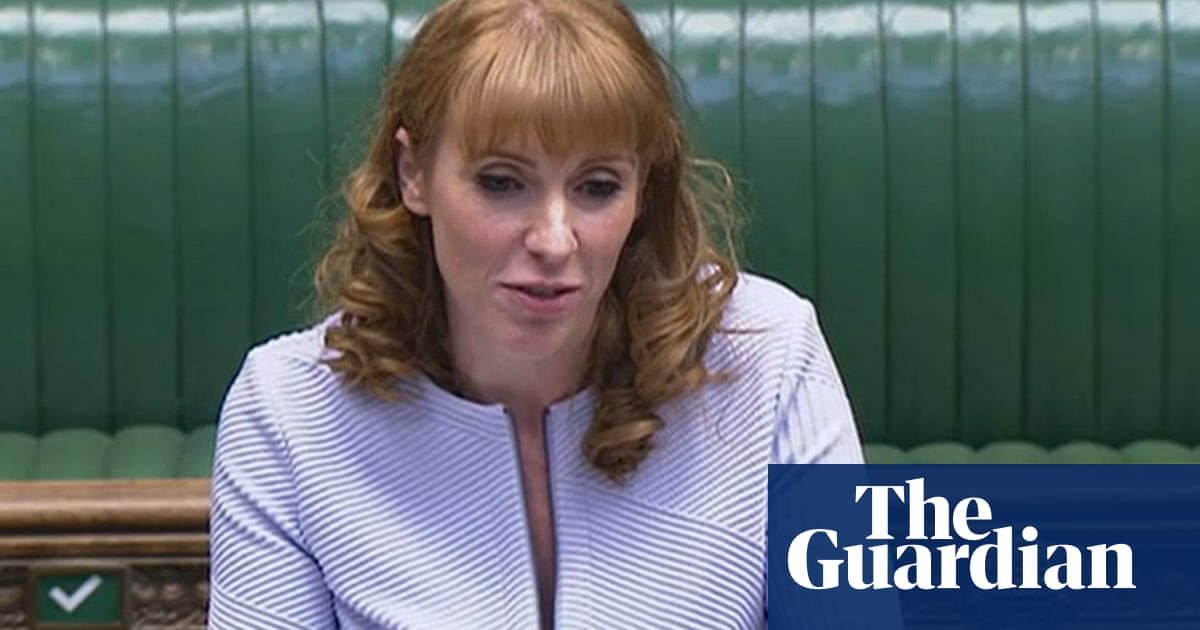