Boris Johnson’s government has a hefty majority. It was never going to lose Monday night’s vote in the Commons.

Downing Street calculates that most of the public won’t pay that much attention to yet more Westminster argy-bargy about the Brexit process.

In turn, many Tory MPs are sure that the wrangling over the UK Internal Market Bill won’t filter through to their constituents.

And where it does, they would much more likely take the side of the government taking a tough line with the EU than share the concerns of former prime ministers or august lawyers foaming about the government’s behaviour.

And yet – first off, to state the obvious, opposition from former occupants of No 10, former chancellors and former cabinet ministers is not exactly a sign of peace and harmony.

There are plenty of people who are not, as one cabinet minister claimed to be, “supremely relaxed” about the government admitting that its strategy could break international law if it helps get a deal with the EU.

Second, the current Downing Street might relish the idea of uniting their opponents – former Remainers, the Lords, and much of the legal profession just like this time last year.

But the resistance to No 10 goes beyond the usual suspects this time. Some Brexiteers are spitting chips too – one senior Tory, raging, told me “we can never go back from this”.

And crucially a couple of the new group of MPs were brave enough to stick their heads above the parapets too.

More MPs may well vote against the government when it comes to making changes to the legislation next week – easier to back tweaks then, than try to block the bill outright on Monday.

But, at the other end of Parliament, where there is even more gold leaf, the legislation is likely to go slap bang into a very fancy red and gilt wall.

As things stand, this bill is deeply unlikely to make it through the House of Lords, so expect a painful back and forth over many weeks that could suck up parliamentary time, effort and political oxygen when the government is trying to deal with another big crisis.

To try perhaps to avert some of that, Boris Johnson held a conference call with Conservative peers on Monday night, but one of those listening was rather less than complimentary of what the prime minister had to say.

There is also some suspicion among some who have previously supported the government at its form of tactics.

Bang the pots, crash the conventions, create noise so, as we discussed last week, if in the end the government backs down and signs a deal, well, an impression has been created that the bravado is what got things over the line.

Yet for some in government, there is no denying this is an uncomfortable moment – a strategy that could be worth it, if it shows the EU a seriousness of intent. But it is far from clear that the outcome will be worth the risk.

PS. If, as many MPs are wondering, you are pondering why the Northern Ireland Secretary, Brandon Lewis, said what he said at the despatch box last week, which lit the fuse on what would already have been a big row in Parliament, I’m told that his candour was entirely deliberate and a plan for him to utter those exact words had been discussed and signed off in government.

The sentiment was, it’s said, that having agreed on a course of action (to drive the EU and opponents crazy or to quite rightly protect the UK, delete depending on your political preferences) ministers ought to be explicit about what was happening, and indeed, no cabinet minister could mislead the House of Commons.

It is however worth noting that no minister since then has been quite so ready to repeat Mr Lewis’ admission. Let’s see, after this first vote, if any others are willing to go there.

The health secretary said the testing policy will be updated shortly to prioritise the most urgent cases.

News – An uncomfortable moment – is it worth the risk? 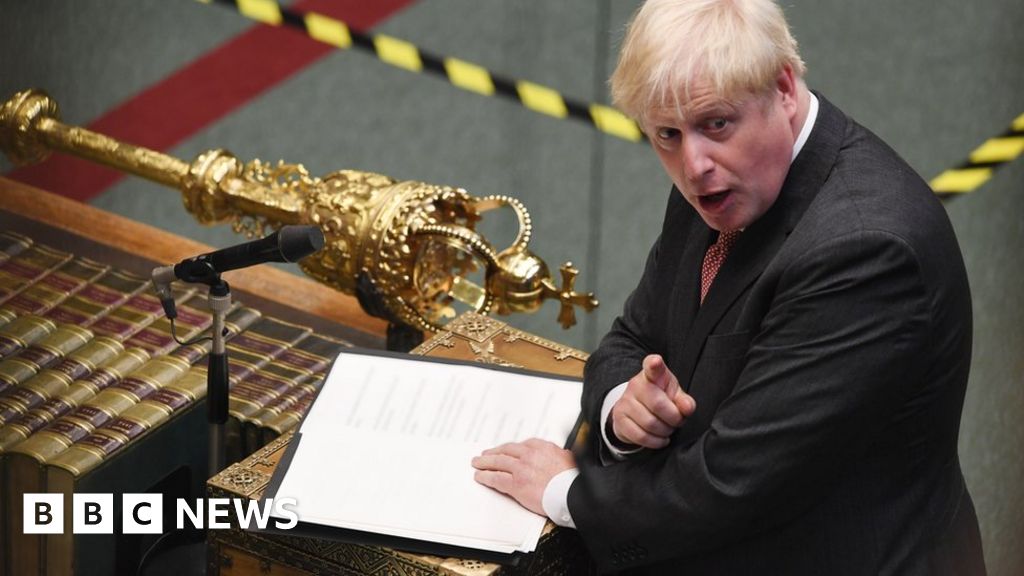