Demonstrators protest against anti-Black racism in the aftermath of the killing of George Floyd in Minneapolis police custody, in New York City, June 11.

But activists who have been fighting against facial recognition were not satisfied with the announcements. On Thursday, Myaisha Hayes, campaign strategies director for MediaJustice, said in a statement, “We have no doubt that Amazon’s announcement is no more than a political stunt meant to quell widespread momentum and demands for the corporation to stop profiting from our oppression and cut ties with all law enforcement agencies.”

Evan Greer, the deputy director of digital rights activist group Fight for the Future, added in a statement, “Amazon needs to end their role in the assault on Black lives. This means ending their surveillance partnerships with over 1,350 police departments, cutting ties with ICE, and joining IBM in ending all research, development, and sale of their facial recognition software. Anything less is unacceptable.”

Only IBM said it would halt research into facial recognition. Microsoft and Amazon have not made that commitment.

Microsoft and Amazon both called for national legislation to regulate law enforcement’s use of facial recognition, but gave no further details. 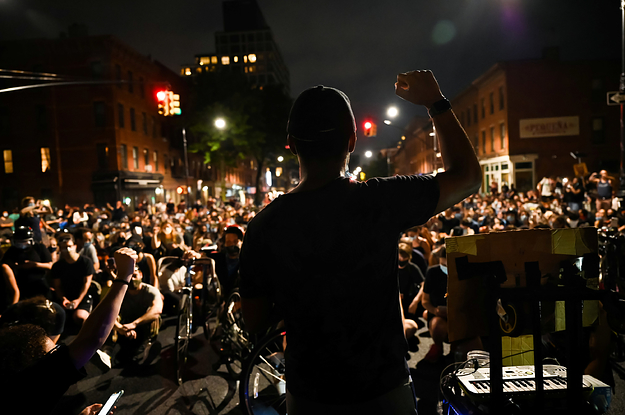