A somewhat awkward moment on the campaign trail Tuesday â when Joseph R. Biden Jr. played a few bars of âDespacitoâ from his phone after being introduced by its singer, Luis Fonsi â took a turn early Wednesday morning when President Trump shared a manipulated video of the moment with N.W.A.âs anti-police anthem â____ tha Policeâ dubbed in.

The doctored video, which Mr. Trump shared twice, was in line with his frequent attempts to suggest that Mr. Biden opposes law enforcement, including his false claim that Mr. Biden wants to defund the police â a position the former vice-president has repeatedly emphasized that he opposes.

As a senator, in fact, Mr. Biden was the architect of much of the hard-line criminal justice legislation of the 1980s and 1990s, a fact that some progressive groups have criticized.

âWhat is this all about,â Mr. Trump wrote in a message that accompanied the video. Twitter later added a âManipulated mediaâ warning to it.

The doctored video was created by the pro-Trump meme-makers behind the account âThe United Spot.â They describe their content as â100% parody/satire,â but their YouTube page offers a wide range of disinformation narratives targeting Democratic politicians, the United States Postal Service and Anthony Fauci while also amplifying toxic conspiracies like Pizzagate.

The United Spot has built up a social media following across Twitter, Facebook and YouTube and is listed as a content creator on MemeWorld, a loose right-wing media collective with a direct line to the White House. The president has retweeted manipulated content in the past from Memeworld contributors, including the siteâs owner Logan Cook, who goes by the name Carpe Donktum online. Mr. Cookâs Twitter account was suspended in June for repeated copyright violations.

Mr. Biden was appearing at a Hispanic Heritage Month event in Kissimmee, Fla., where he had traveled in a bid to shore up support among Latino voters in the increasingly Democratic central part of the state and to unveil his plan to support Puerto Rico.

The eventâs participants included the actor Eva Longoria and the singer Ricky Martin, as well as Mr. Fonsi, who urged people to vote.

Mr. Trumpâs amplification of the doctored video followed another retweet that appeared to mark a new low in the campaign. On Tuesday, the president shared a GIF of Mr. Biden touching a womanâs shoulder at an event with the hashtag #PedoBiden, promoting a baseless smear against Mr. Biden and embracing a fringe theory promoted by QAnon, the far-right conspiracy movement.

And on Wednesday, he shared another doctored video of Mr. Biden. The video paired footage of Mr. Bidenâs speech on climate change and the wildfires with animation that appeared to blame Antifa for starting the fires.

News – After Biden plays âDespacitoâ at an event, Trump shares a doctored video replacing it with an anti-police song. 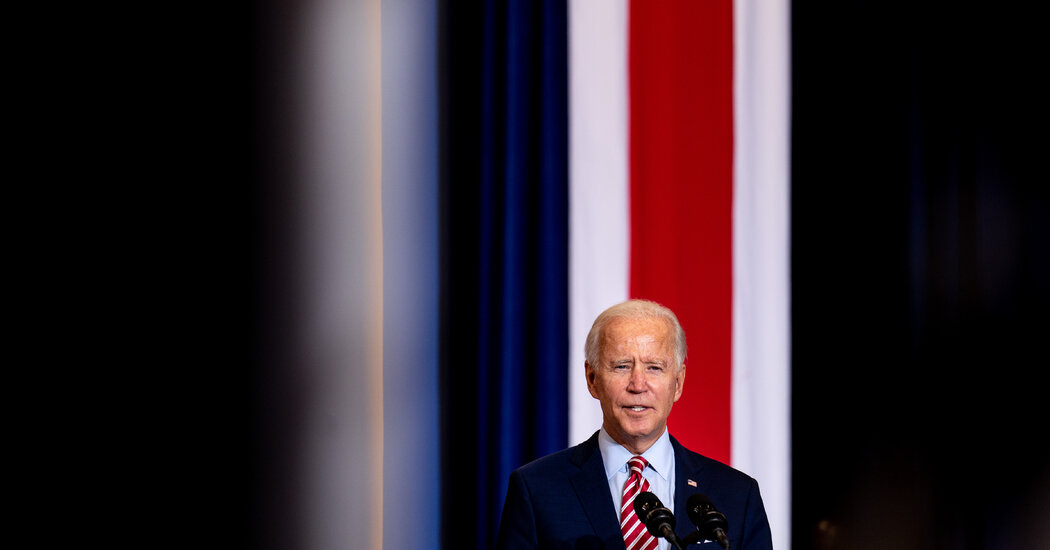