Listen and subscribe to our podcast from your mobile device:Via Apple Podcasts | Via Spotify | Via Stitcher

“The entire state is burning.” That was the refrain Jack Healy, our national correspondent, kept hearing when he arrived in the fire zone in Oregon.

The scale of the wildfires is dizzying — millions of acres have burned, 30 different blazes are raging and thousands of people have been displaced.

The disaster has proved a fertile ground for misinformation: Widely discredited rumors spread on social media claiming that antifa activists were setting fires and looting.

“The long-term recovery is going to last years,” an emergency management director said as the fires left a humanitarian disaster in their wake.

The fearmongering and false rumors that accompanied a tumultuous summer of protests in Oregon have become a volatile complication in the disaster. 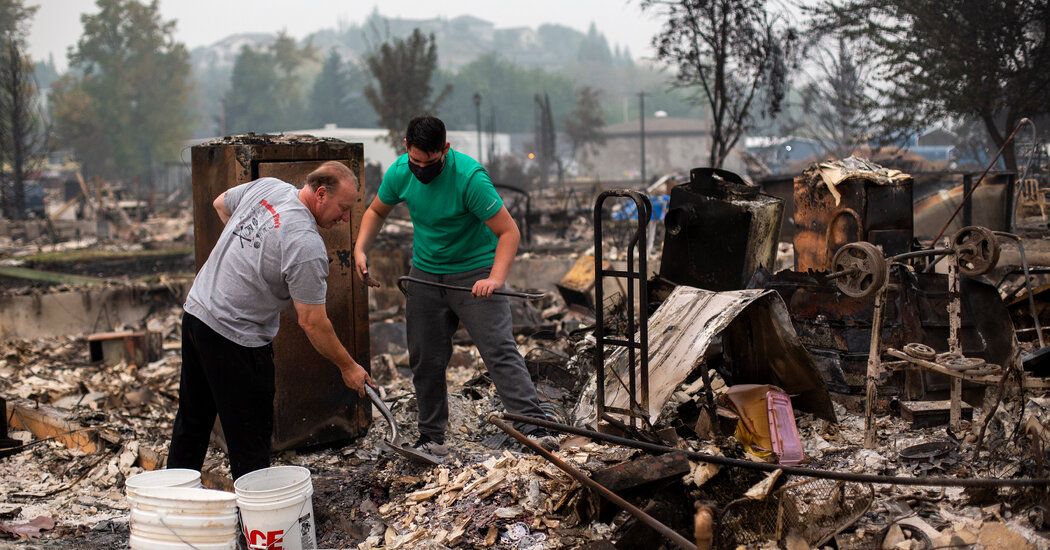